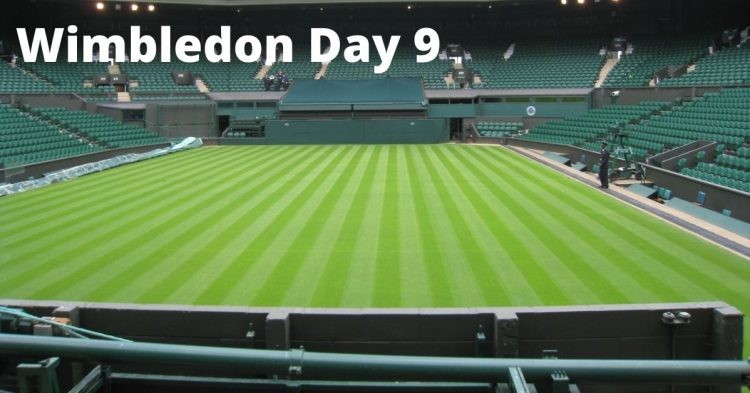 Day 9 of Wimbledon has finally arrived and there are some exciting matches lined up for tennis fans. It also marks the start of the quarterfinals of men’s and women’s singles.

A total of four matches will be played in men’s and women’s singles today to decide who will go to the semifinal of the tournament. Here are the matches and the predictions for day 9.

Jannik Sinner surprised everyone when he beat Carlos Alcaraz comfortably to book a clash with Novak Djokovic. Just like Alcaraz, Sinner is another young star who has made it to the quarterfinals at the age of 20.

Djokovic is 14 years 86 days older than Sinner. This is the 3rd-largest age gap between players in a Wimbledon men’s singles quarterfinal match in the Open Era. (NB ages calculated at the end of the tournament) pic.twitter.com/bA2SA9JU5M

Djokovic is the clear favorite for this match and we are also placing are bet on him. However, people are expecting a tight match, especially after the way Sinner dominated against Alcaraz in the pre-quarters.

In all honesty, no one expected Cameron Norrie and David Goffin to come this far in the tournament. Goffin played some amazing tennis in the pre-quarters to beat in-form Frances Tifoe in a battle of five sets.

On the other hand, Britain’s Norrie had an easy pre-quarter match as he won in straight sets against America’s Tommy Paul. The odds are in favor of Norrie as he is seeded higher and has the support of the crowd.

There is no denying that everyone is expecting Ons Jabeur to lift the Wimbledon title. Marie Bouzkova has played some well so far and even won her pre-quarters match in straight sets to assert her dominance.

Into the quarterfinals @Wimbledon 🥺🍀 It means the world to me❤️ I appreciate your support, see you in the next round🙏🏼 #TeamBouzie 🐬 @JJlovesTennis pic.twitter.com/y2o3CntV2Q

However, Jabeur has been playing on another level in Wimbledon. She has not dropped a set till now and has dominated against all her opponents. There is no denying the fact that Jabeur is the clear favorite to make it to the semis.

The second quarterfinal of women’s singles marks a battle of Germans. Both of them are unseeded for the tournament. Jule Niemeier has played amazingly well but has not played against a single seeded player yet.

Tatjana Maria, a year after returning from her second maternity leave, the oldest woman left in the draw, saves two match points to beat Jelena Ostapenko 5-7, 7-5, 7-5.

She’s into the Wimbledon quarterfinals.

On the other hand, Tatjana Maria has made it to the quarters after beating players like Ostapenko (seed number 12) and Sakkari (seed number 5). Our bet is on Maria considering how she has played and beaten top players in the tournament so far.