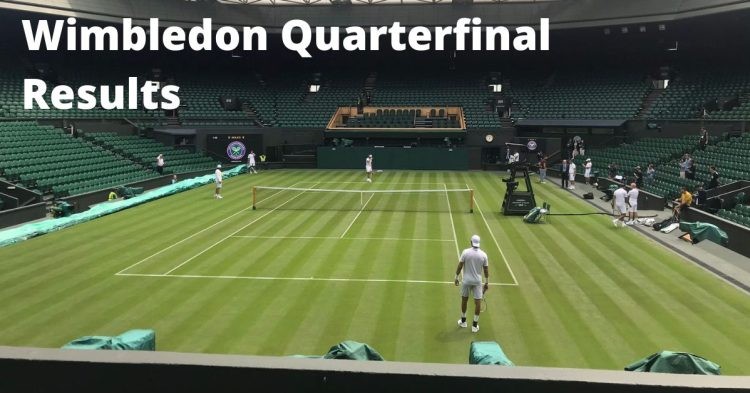 The ninth day of Wimbledon saw players like Novak Djokovic and Ons Jabeur taking the centre stage. It marked the first day of the quarterfinal with one more day to go. There were no shocking results or upsets but there were some nail-biting matches.

First up, Novak Djokovic faced 20-year-old Jannik Sinner. People expected a good fight but little did they know that Sinner would win the first two sets. He was threatening to make the biggest upset but Djokovic took control just in time.

After the second set loss, the Serbian recouped himself and completely crushed Sinner in the next three sets. The score was 5-7, 2-6, 6-3, 6-2, 6-2. With this victory, Djokovic made his way into the semifinal.

In the second quarterfinal of the day, David Goffin faced Cameron Norrie. The match went down to the fifth set and Norrie broke Goffin set at a crucial moment to win the match. The score read 3-6, 7-5, 2-6, 6-3, 7-5 and Norrie marched into the semifinal where he will face Djokovic.

Ons Jabeur, Tatjana Maria make it to the semifinal of Wimbledon

Ons Jabeur did not have her usual dominating day at Wimbledon. She faced Marie Bouzkova in the quarterfinal and the latter put up a brave fight. For the first time in Wimbledon this year, Jabeur lost a set. However, after losing the first set, she won the next two sets comfortably to win the match 3-6, 6-1, 6-1.

In the second quarterfinal of women’s singles on day 9, Tatjana Maria fought against Jule Niemeier. As expected, Maria won the match and made it to the semifinal. However, it was not an easy win for her. Just like Jabeur, she lost the first set but came from behind to win the next two sets. Maria won the match 4-6, 6-2, 7-5.

Jabeur and Maria will play each other in the semifinal. Both of them are yet to win a grand slam in their career. The two have played amazingly well till now and people can expect another thriller from them.