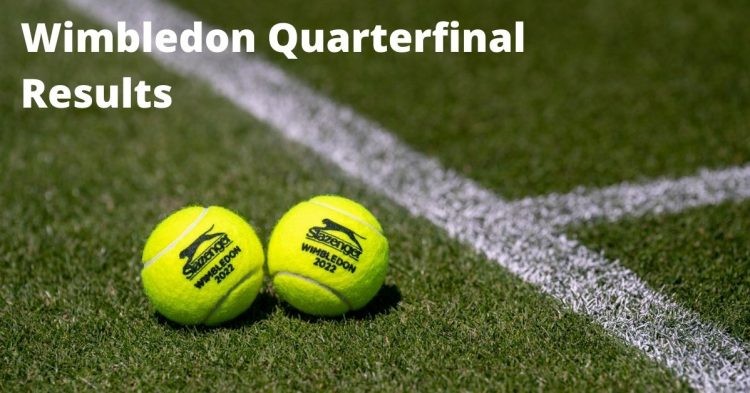 Day 10 of Wimbledon saw some amazing matches as tennis fans were glued to their screens watching their favorite players playing on Center Court and Court 1 of All England Club. Big names like Nadal, Kyrgios and Halep played crucial matches in their quest to make it to the semifinal of Wimbledon.

Rafael Nadal played America’s Taylor Fritz on the Center Court and the match turned out to be a five-set thriller. Nadal was unable to play to his potential due to an abdomen injury. The injury affected his serve and power but the Spaniard still managed to win the match 3-6, 7-5, 3-6, 7-5, 7-6.

Nick Kyrgios faced Cristian Garin on Court 1 and the result was nothing shocking. Kyrgios won the match in straight sets as Garin struggled against the Aussie throughout the match. Kyrgios beat Garin 6-4, 6-3, 7-6 to reach his maiden grand slam semifinal.

Day 10 marked the end of the quarterfinals at Wimbledon. Fans will see a mouth-watering clash between Kyrgios and Nadal in the semifinal. Nadal and Kyrgios share some bitter rivalry and people can expect some drama along with quality tennis.

Simona Halep and Elena Rybakina advance to the Wimbledon semifinal

Wimbledon 2019 winner Simona Halep has been unstoppable throughout the tournament this year. Moreover, going into the semifinal against Amanda Anisimova, she had not dropped a single set in the tournament. The streak did not break even after the match as Halep won the match in straight sets 6-2, 6-4.

Make that 12 wins in a row at Wimbledon for @Simona_Halep

The Romanian is yet to drop a set at this year’s Championships#Wimbledon | #CentreCourt100 pic.twitter.com/brBHQUk95i

In the other quarterfinal of women’s singles, Ajla Tomljanovic faced Elena Rybakina. Tomljanovic dominated in the first set and Rybakina looked in trouble. However, she came from behind to win the next two sets and won the match 4-6, 6-2, 6-3.

Halep and Rybakina will face each in the semifinal. Halep is the favorite to win the match and go to the final. However, Rybakina has shown her resilience throughout the tournament and cannot be written off just like that.