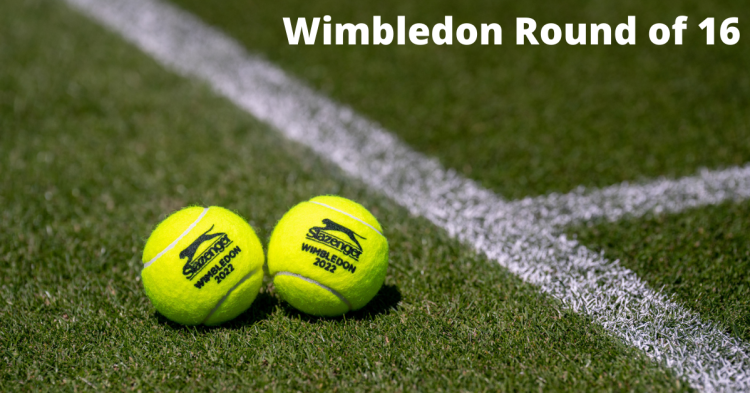 The eight-day of Wimbledon marked the end of the Round of 16. Big names like Nick Kyrgios and Rafael Nadal played on day 8 in men’s singles. Women’s singles saw players like Simona Halep and Harmony Tan returning to the Center Court and Court 1.

Rafael Nadal faced Dutch played Botic van de Zandschulp in the pre-quarters. As expected, it was a pretty easy match for the Spaniard who won the match in straight sets. Nadal played a near-perfect match as the score read 6-4, 6-2, 7-6.

Nick Kyrgios faced America’s Brandon Nakashima who put up a great fight against the Aussie. Kyrgios had some trouble with his shoulder during the match and it did affect his play. The match went down to the fifth set but Kyrgios ultimately won the match 4-6, 6-4, 7-6, 3-6, 6-2.

That’s how to seal a victory 👏@NickKyrgios has the Centre Court crowd on their feet#Wimbledon | #CentreCourt100 pic.twitter.com/l8VeZmTTvf

In other matches, Cristian Garín pulled off the biggest comeback of the tournament yet against Alex de Minaur. He won the match after losing the first two sets as the score ultimately read 2-6, 5-7, 7-6, 6-4, 7-6. Furthermore, Taylor Fritz won his match against Jason Kubler in straight sets to march into the next round.

Simona Halep dominates in Wimbledon Round of 16, Harmony Tan crashes

Simona Halep continued with her fine form at Wimbledon as she won her match against higher-seeded Paula Badosa in the pre-quarters. She won her match 6-1, 6-2 to book her place in the quarterfinal. She will now face seed number 20 Amanda Anisimova in the next round.

France’s Harmony Tan was playing some amazing tennis at Wimbledon right from the start when she beat Serena Williams in the first round. However, her campaign came to end against Amanda Anisimova as she lost the match in straight sets 2-6, 3-6.

It’s been a pleasure, Harmony 👋

A #Wimbledon debut to be proud of pic.twitter.com/Hwc88uLdG9

In other matches, Elena Rybakina rolled over Petra Martić to book a place in the quarterfinal. Alizé Cornet faced Ajla Tomljanović in the Round of 16. The match went down to the third set where Tomljanović had the last laugh.