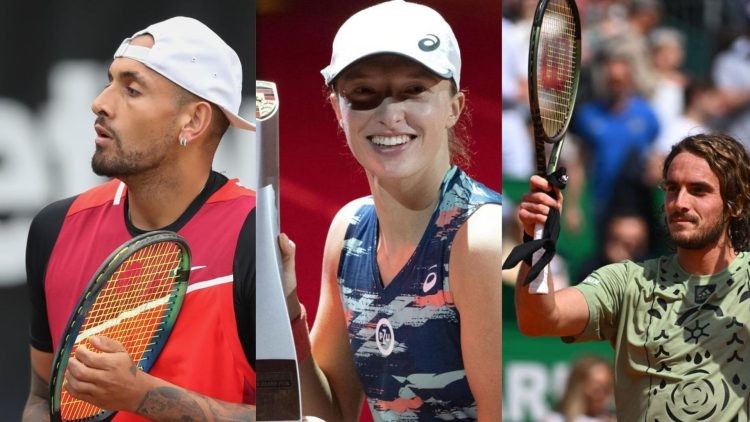 Wimbledon is surely turning out to be an exciting tournament in terms of challenging the best, and today just further proved it.

Iga Swiatek who was on a 36-match winning streak faced a challenge in fending off the Dutch tennis player Lesley Pattianama to win the match by a 6-4, 4-6, 6-3 to reach the third round of the Wimbledon.

With this win against the lucky loser Lesley Pattianama she extended her streak to a 37-match streak, however, this win did not come as easy as one would have expected from Swiatek.

Iga who was a 2018 junior champion at the grasscourt grand slam, faced a lot of challenges in this match owing to the slow start she faced. She lost four games in a set but then went on to win four consecutive wins in order to bag the opening set.

Lesley also did not give up and fought back hard in order to get back in the second set which forced the match to the third set. Swiatek eventually went on to win the match, however, she can take this match as a lesson on how she can be more accurate and prevent any errors.

She had a total of 31 unforced errors which could have changed the way the match panned out if the opponent was more experienced.

Nick Kyrgios surely made a point in his second-round fixture against Filip Krajinovic. He ended and won the match within the ninety-minute mark.

With the performances being put up by Nick, he can surely be considered a contender for the Wimbledon alongside Djokovic and Nadal. His dominant performance also the fans go crazy.

Stefanos Tsitisipas is surely another dark horse of the tournament who is slowly putting in impressive displays. He also had a straight-set victory against Jordan Thompson. With the wins posted by Stefanos and Nick, they are set to face each other in the Round 3 fixtures. of the Wimbledon.