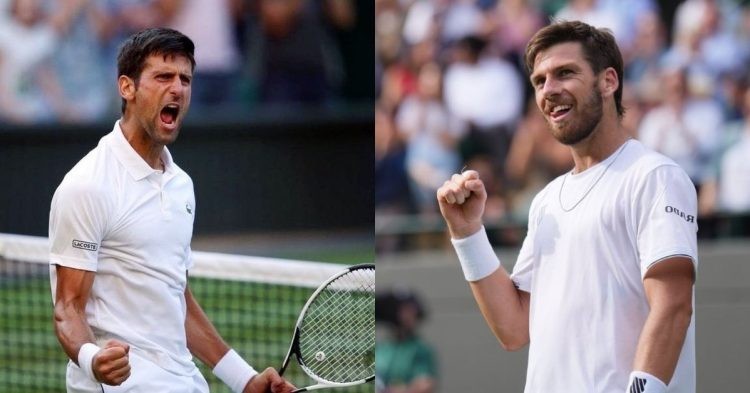 This year has probably been the weakest season for Novak Djokovic ever since his rise to the top. He missed the Australian Open for not taking the vaccine and had an early exit at the French Open. However, he has a real chance to win Wimbledon as he faces Britain’s Cameron Norrie in the semifinal.

Can you believe it? On to the Semi’s! @Wimbledon pic.twitter.com/WGXQ0FWqBD

Norrie, seeded ninth in the tournament will have the support of the home crowd walking into the Center Court. Until his quarterfinal match against David Goffin, he had dropped only one set. That is something that even Djokovic was not able to achieve this time.

On the other hand, Djokovic has dominated in some games and struggled in some. He lost a set in the first round itself and really struggled in the first half against Jannik Sinner in the quarterfinal. However, he is known for delivering in the semifinals and finals. That is also why he has 20 grand slams to his name.

There is a high chance that the match will turn into a five-set thriller. However, despite the support from the crowd, Norrie is still the underdog in this match. Djokovic is not only the favorite to win this match, but also the tournament, especially after Rafael Nadal’s withdrawal from the tournament due to an injury.

How many times has Novak Djokovic beaten Cameron Norrie?

Djokovic and Norrie have played each only once in the past. The two met in 2021 for the Nitto ATP Finals
Italy. It was a hard-court tournament and all matches were the best of three sets. Surely enough, the result was what you might have expected.

Djokovic completely crushed Norrie and won the match in straight sets. The match was totally one-sided and the Serbian broke Norrie’s set multiple times. In the end, the score was 6-2, 6-1. Since then, the two have not met again on the court and it all boils down to this year’s Wimbledon semifinal.

There is no doubt that everyone is expecting Djokovic to win the match. However, Norrie has been in great form and he has the potential to cause an upset. Will Djokovic win the match or will Norrie cause an upset and make it to the Wimbledon final? We’ll know very soon.