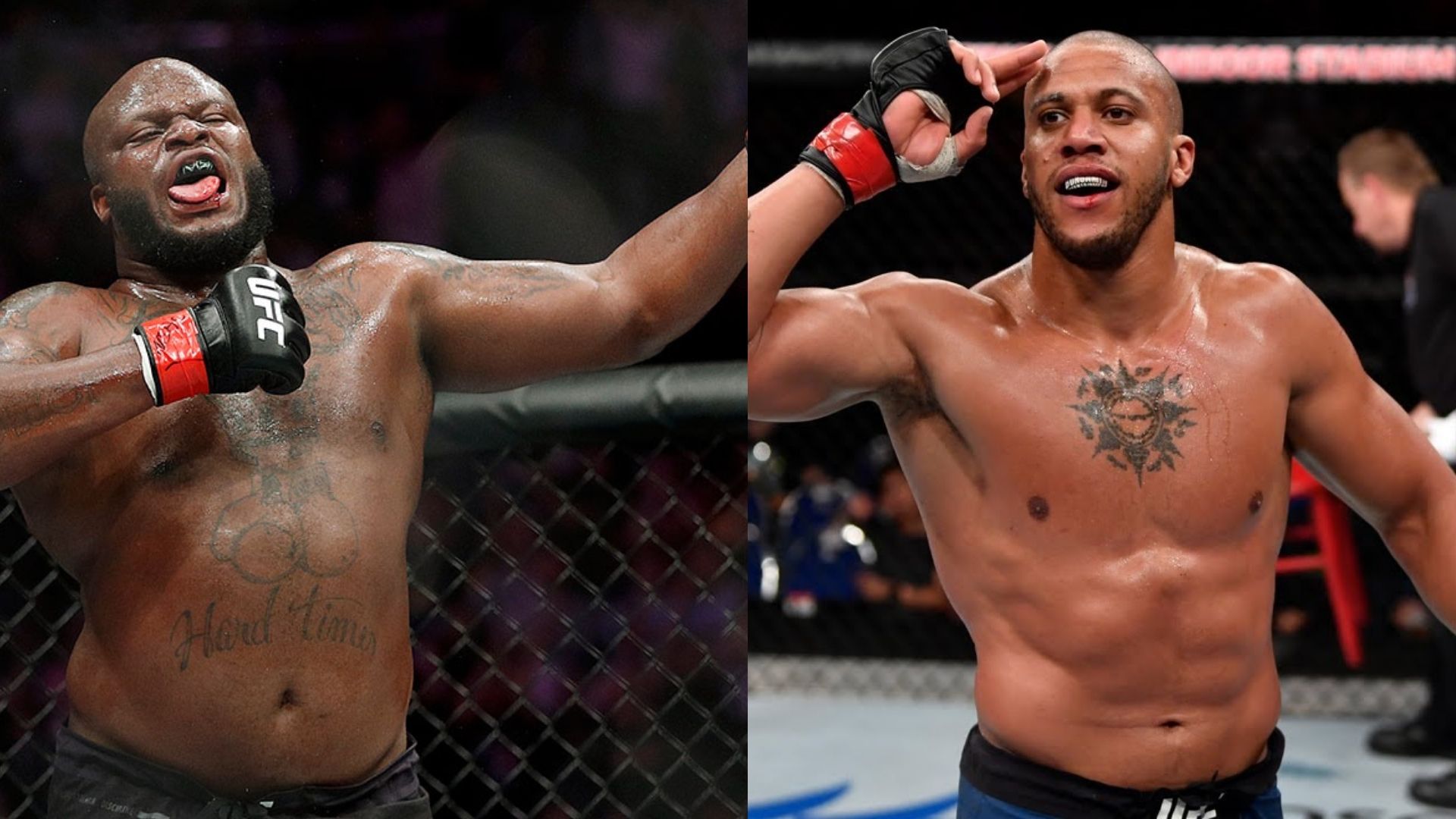 Derrick Lewis is going to face Cyril Gane in the main event of UFC 265 at Toyota Center. Meanwhile, The Black Beast has assured the fight fans that he would do anything to make the fight exciting as it is in his hometown.

In a press conference, Derrick was asked how he thinks of Cyril as an opponent considering his technical approach towards fights that fight fans may not find exciting.

Lewis answered:” He is technical, that’s good for him I guess. He is a good fighter. You know I don’t really keep track of him to keep up with his career so it’s good for him.”

Derrick believes Cyril is a good fighter and rightfully so. Gane has a clean record of 9-0 in UFC. Wondering how Derrick would stop his streak, a correspondent asked if he has done anything differently to tackle Cyril. Going against someone who moves like a middleweight in the heavyweight division, it’s safe to say that cardio will play a huge factor, however, Derrick Lewis feels otherwise.

“It’s not really to have cardio for five rounds just be exciting for five rounds, You know because he is a boring fighter. He does leg kicks and stuff like that but I really want to have an exciting fight here. Win lose or draw I want it to be exciting.”

Derrick Lewis has a great game plan against Cyril Gane

Gane has a Muay-Thai background. Before his professional MMA debut in 2018, he was a Muay-Thai fighter with a record of 6-0. Cyril has defeated veterans and champions like Brice Guidon, Yassine Boughanem. Naturally, Gane’s Muay-thai background makes him good at range fighting.

Explaining what Bon Gamin might try to do in the fight he said, “I believe he would want me to push the pace to try to counter something. He’s going to try to attack the legs a lot the body you know we believe that we got a great game plan for him”

Considering Derrick’s style it’s easy to guess that he will be dictating the pace of the fight, and is all ready to execute the plans he and his team have made to triumph over Ciryl Gane and emerge as the new heavyweight champion of the world.