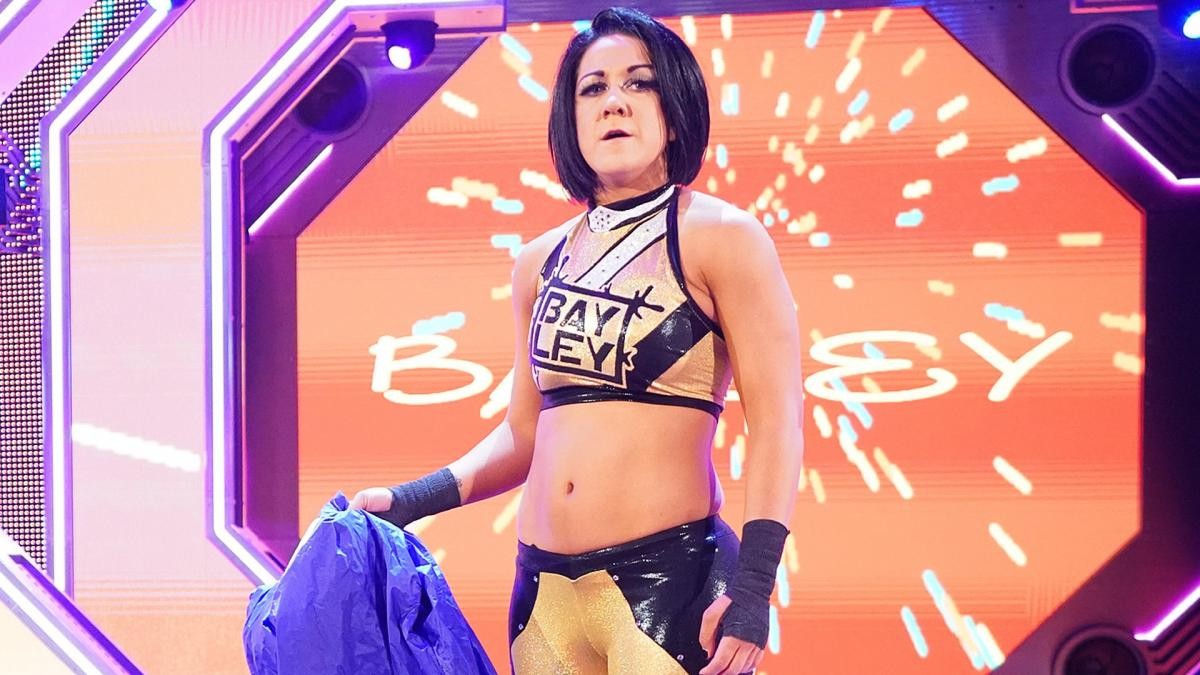 Bayley is a former SmackDown Women’s Champion. She has a huge following and is also considered a role model by many female wrestlers. But sadly she is now off WWE Tv due to her ACL injury. She was scheduled to fight against Bianca Belair at  Money in the Bank. Bayley was exercising at the WWE Performance center when she injured herself.

There were big plans for Bayley at WrestleMania 37

Bayley is an amazing performer in the ring. In her years in WWE, she has been in some amazing battles with other female superstars. Before injury struck her, there were very big plans for her in that year’s Wrestlemania. First, it was rumored that Becky Lynch was making her comeback.

It was decided that The Man was going to fight The Role Model at the grandest stage. But WWE decided to wait a little longer and give Lynch a better comeback.

Bayley is currently not an active wrestler in WWE. But it doesn’t stop her from sharing her view on her social media. She also uploaded a picture of herself standing in the WrestleMania crowd. She also shared her views on Shayna Baszler.

Baszler is currently fighting alongside Natalya for the Women’s tag team championship. In response to Bayley’s words, Baszler said ‘come fight next time. This might become an interesting feud when Bayley returns to WWE. The supporters want their favorite superstar to return as soon as possible.

Bayley has been absent for a long time from WWE. But the fans are sure that she will have one of the best comebacks in recent times. She has fans all over the world and as soon as she puts behind her injury vows she will be back to her best once again.