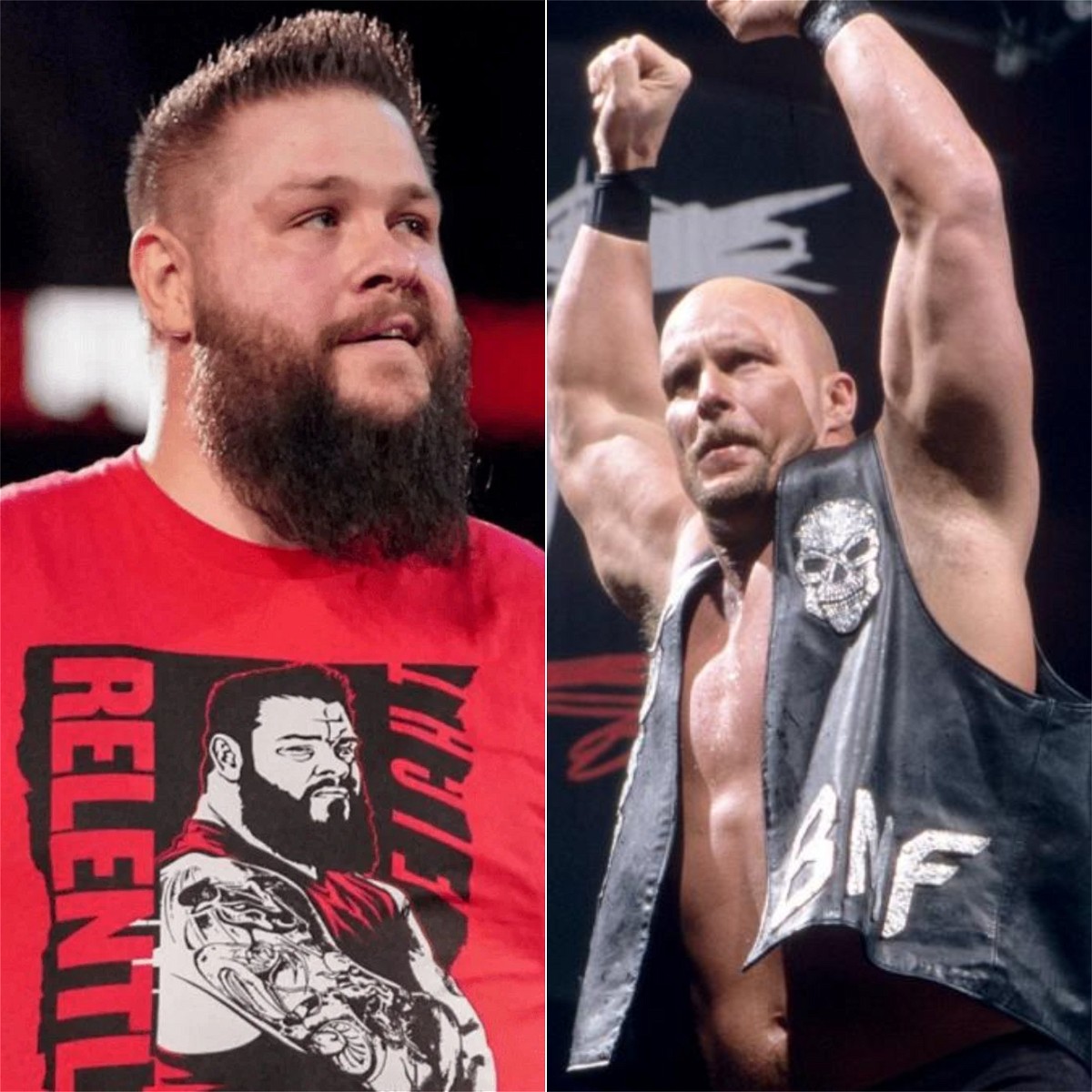 WrestleMania 38 will mark the return of “Stone Cold” Steve Austin to WWE. He will appear as a guest host on the KO Show during WrestleMania. WWE had posted on Twitter earlier this month announcing the return of the “Texas Rattlesnake”.

In addition to all the rumors, WWE Hall of Famer “Stone Cold” Steve Austin will return at WrestleMania. A match between Austin and the “Prized Fighter” Kevin Owens is presumed to take place during the KO Show. Let us take a look at why Stone Cold decided to return to face Kevin Owens after 19 years of absence from in-ring competition.

Steve Austin is a huge fan of KO

Steve Austin had earlier praised Kevin Owens for his work in the WWE. He claimed to be a fan of Owens’ in-ring quality and his expertise in cutting promos. Kevin Owens was even permitted to perform Steve Austin’s iconic finisher, the “stunner”, which is a big deal for any WWE Superstar.

Stone Cold deciding to return against Kevin Owens at WrestleMania after 19 years speaks volumes about the amount of respect he has garnered from the WWE Legend.

Kevin Owens has missed out on a lot of opportunities

Kevin Owens had signed a big contract with WWE earlier this year. This decision was taken by WWE after many of the released WWE superstars were jumping ship to All Elite Wrestling (AEW). Owens hasn’t been in the Championship title picture for a while. The altercation with Stone Cold at WrestleMania could help build KO’s momentum for a potential title shot in the near future.

Stone Cold Steve Austin has made many sporadic appearance for WWE in the past, having wrestled no matches since his retirement in 2003. It is highly unlikely to see Austin taking bumps at WrestleMania keeping in mind that his 57 years old. It also not advisable to get Steve Austin on a program with a superstar from the past. WWE would want Austin to look like a badass and Kevin Owens fits a perfect description for an ideal opponent at the “Grandest Stage of them All.

Both superstars share a similarity with their on-screen gimmicks and could make for an interesting segment for the WWE universe.