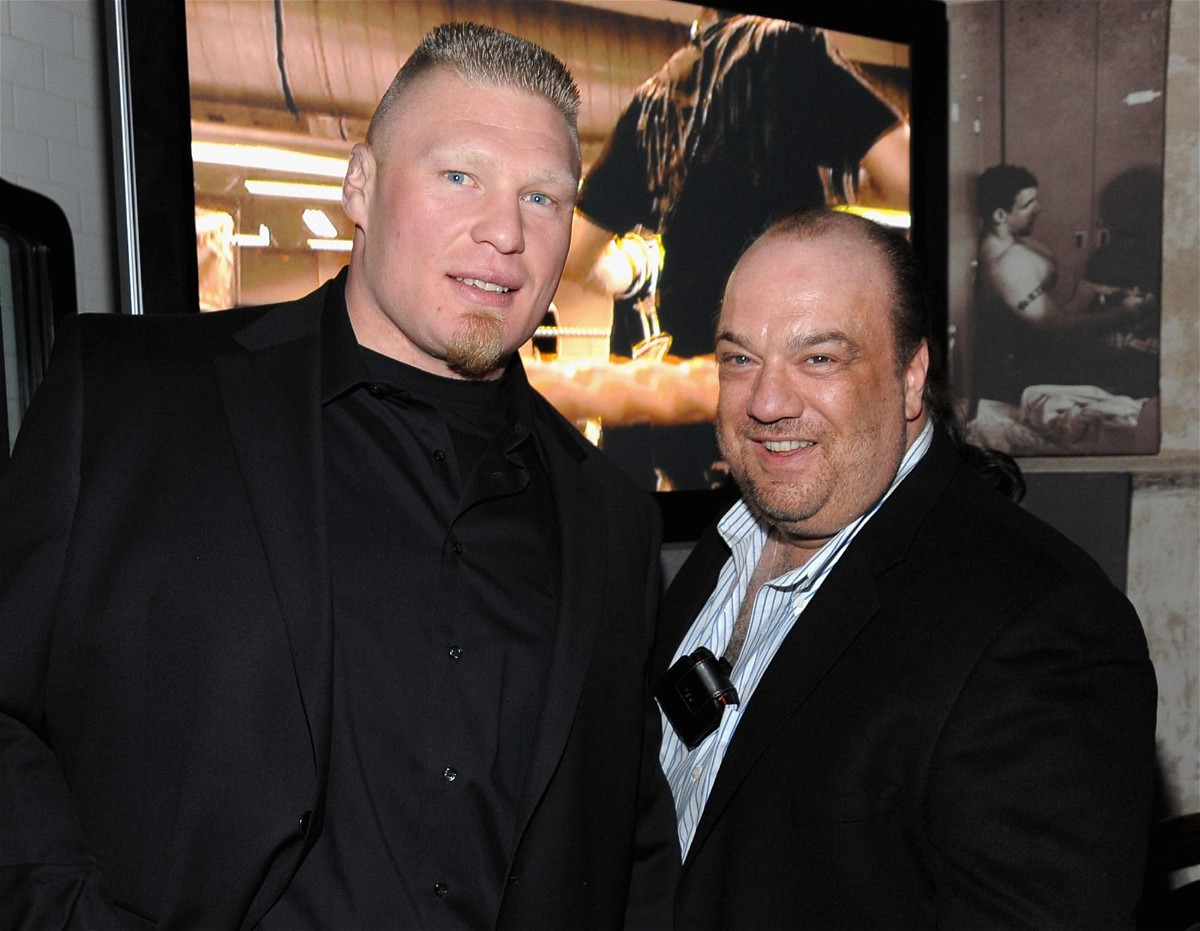 Brock Lesnar is one of the most dominating WWE superstars ever. He was the “next big thing” in 2002 and became the “Beast Incarnate” in 2012 as a serious competitor. He is now enjoying a great run as the WWE Champion with a little change in his character. The Beast cannot stop smiling nowadays.

Lesnar’s former advocate Paul Heyman spoke about the change in Lesnar’s character in an interview with the MMA Hour’s Ariel Helwani. He said that the change was a part of Brock Lesnar’s personality. Just like Roman Reigns had to be built up as a legitimate bada** for him to introduce the “Tribal Chief” character, the same had to be done to Brock Lesnar. Heyman further opined Lesnar had been the Beast long enough to have a change.

Heyman said that Brock Lesnar is the same person as the one he portrays on WWE TV now. The glimpses of his character can been during his tenure in the UFC as well. Heyman believes that Lesnar has a great sense of humour but never got the time or opportunity to add these quirks to his on-screen character in WWE. Now that Heyman is working with Roman Reigns, he believes it was a great opportunity to explore Lesnar’s character.

Brock Lesnar opens up about his change in character

Brock Lesnar appeared on the Pat McAfee Show and shared his opinion on his current WWE run. Lesnar confessed that he is more relaxed since he has over twenty years of experience and is just going with the flow. The statement ended with Paul Heyman’s name, which indicates that Heyman’s actions at the Royal Rumble PPV still bother him.

Brock Lesnar will face Roman Reigns to unify the WWE Championship and the Universal Champion at WrestleMania 38 this weekend.