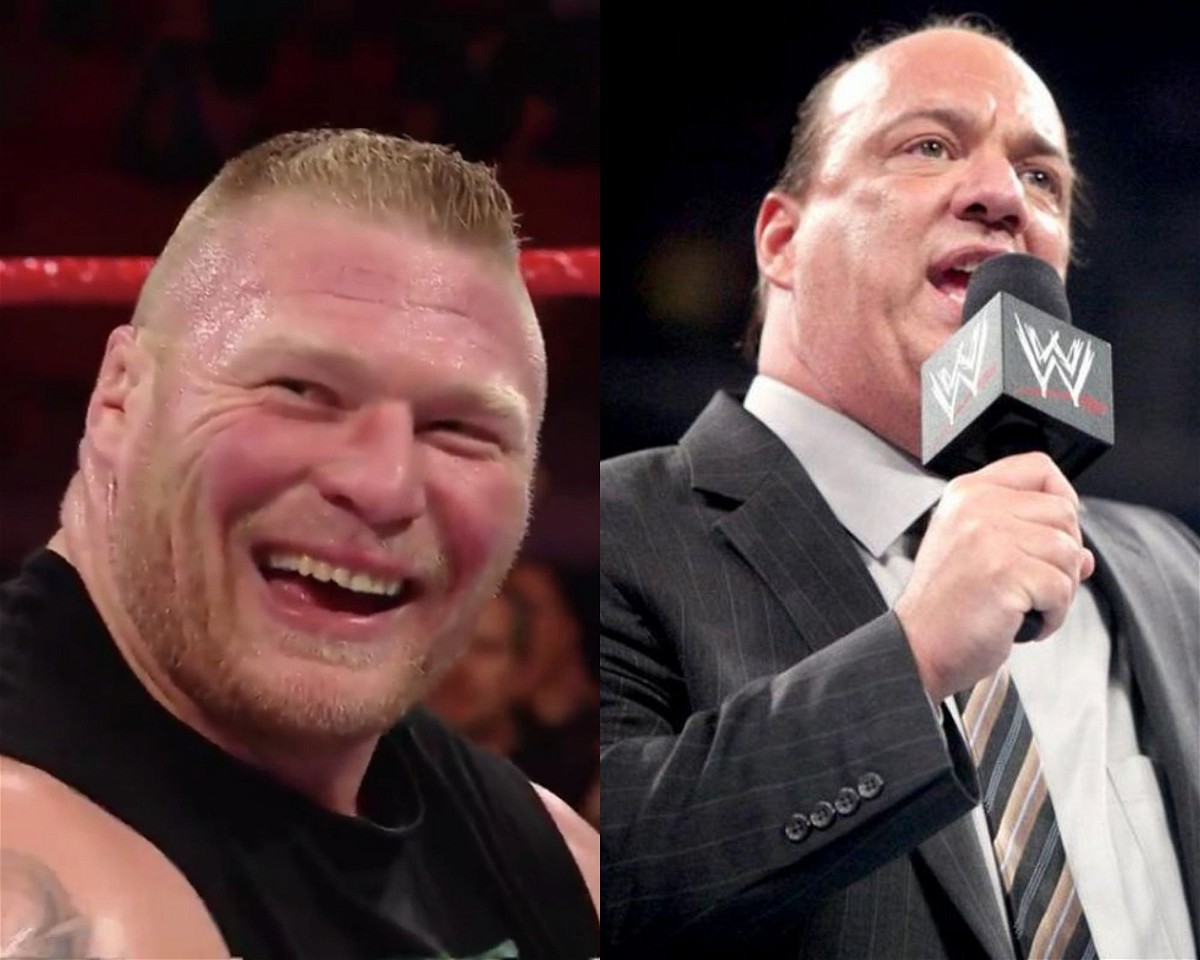 Brock Lesnar has been presented as a fierce and serious competitor in WWE for almost 20 years. He has achieved almost as a performer in the company. He has now altered his gimmick to add a funnier side to it.

No one on this earth has this aura. #SmackDown pic.twitter.com/04gLTROajS

Heyman’s experience with Brock Lesnar behind the WWE scenes

Paul Heyman, his former advocate talks about how Lesnar is in real life in an interview with the MMA Hour. Heyman has known the “Beast” for well over 20 years. In an interview with the MMA Hour, Heyman stated that Brock has always been a funny guy behind the scenes. It was nothing new to see that Lesnar started to add a funnier side to his character. Heyman added that the funnier side of the “Beast” has been seen by the non-WWE fans in the UFC and it presents a great opportunity now to show this side to the WWE fans as a babyface.

Heyman explained that Brock Lesnar is the same person he portrays on WWE TV today.

“Brock Lesnar has a great sense of humor. He just never found the time to display it in WWE. He displayed some of it in UFC and that is just a part of his personality. This is what he’s like on his farm, when he’s hunting. This is ‘Off Season Brock’ and he brought this ‘off season Brock’ to ‘fight season’ this time around because he was gonna have to show a different side of his personality since I was attached to the help of Roman Reigns”, said Paul Heyman.

Heyman believes that Brock has to show something to surprise the wrestling fans. This is a refreshing new Brock Lesnar for the WWE audience. The former advocate also said that Lesnar is a world-class athlete and he knows what he is doing and understands how to maximise the money he’ll make based on the exploitation of his personality. Brock Lesnar has a lot of things to do that might surprise the public and this is a step towards that.