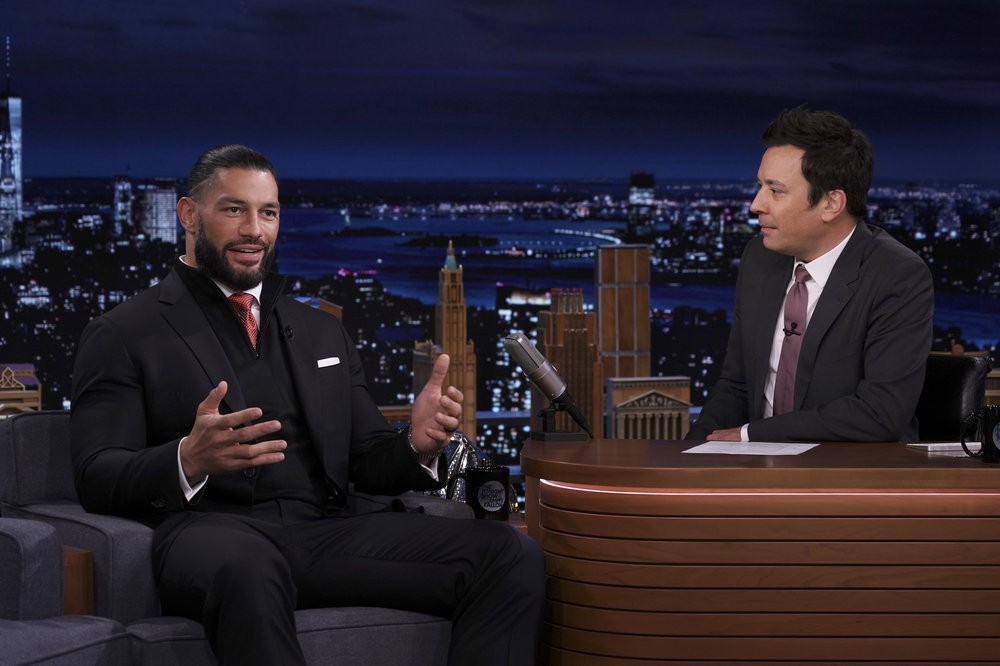 The WWE Universal Champion Roman Reigns appeared at the Tonight Show Starring Jimmy Fallon just days before WrestleMania 38. He discussed about his family and their work in WWE and in the wrestling industry in general.

“It’s checkmate. It’s time to close this chapter and move on.”

–@WWERomanReigns on what to expect at @WWE #WrestleMania this weekend. #FallonTonight pic.twitter.com/B6jb5D2In7

The “Head of the Table” discussed about his family and how it all started with High Chief Peter Maivia as he mentored his father Sika and uncle Afa, who were a tag team known as the Wild Samoans.

“It started with the High Cheif Peter Maivia. He kind of mentored my father and my uncle, Sika & Afa, The Wild Samoans. They were a tag team, one of the greatest tag teams of all time, Hall of Famers. But, when it actually started they were just fans. They went to a show back in the day in San Francisco, at the Cow Palace. Peter Maivia was a huge star back then in the West Coast, at the time back in the territory days. And, he was wrestling Pat Patterson, and Pat was beating him up pretty good. And my dad and uncle, they jumped from the crowd and kind of got involved. So Pat knew, he was like ‘we’ve gotta get these guys out of the crowd, we’ve got to teach them the business, and that way I don’t have to worry about these guys anymore.’ It goes all the way back to the 60s and 70s.”, said Roman Reigns.

Roman Reigns and his relationship with the Usos

Roman Reigns also talked about the time him and his cousins, the Smack Down Tag Team Champions, the Usos would keep wrestling and busting moves with every chance they got. “We wrestled everywhere. So my cousins, the Usos, who are with me in WWE now, we’d wrestle in every single room, we’d get kicked out. I mean, when their dad would come back from the road, we knew we need to kinda chill out and take it outside but when he was off on the road, it was a free for all”, he added.