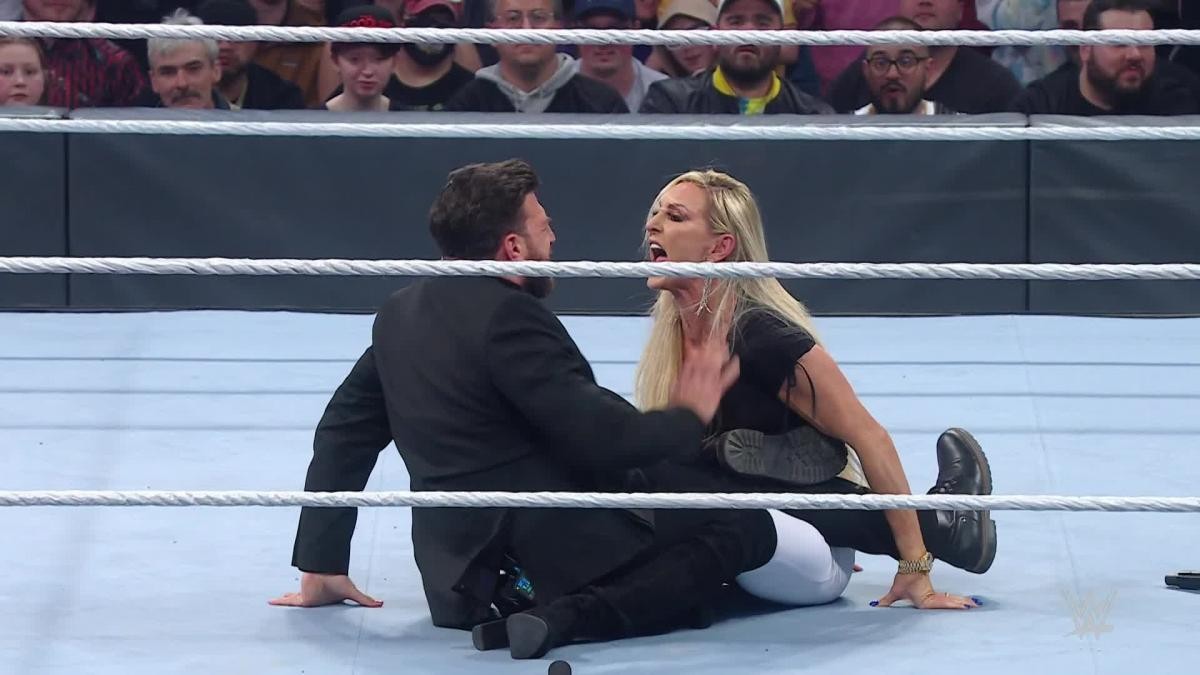 The rivalry between Charlotte Flair and Ronda Rousey has been going on for a long time now. The Baddest Woman On The Planet won this year’s Royal Rumble she chose the Queen as her opponent for WrestleMania 38. After everything was said and done, Flair emerged on top with a win at WrestleMania 38. After her loss, Ronda challenged Flair for an “I Quit” match. WWE made the match official. This week on SmackDown The Queen sent a brutal message to Rousey.

This week on Smackdown Drew Gulak was scheduled to do an interview with The Queen. Earlier that night Gulak also interviewed Madcap Moss. The Baddest Woman On The Plant will face The Queen at WrestleMania Backlash on 8th May. This is going to be an “I Quit” match for SMackDown Women’s Championship Title.

When Gulak said that the champion tapped out in the beginning, The Queen asked Gulak to leave the ring. When Gulak was leaving the ring, Flair hit him with a chop block. After that, she put him in her submission lock, Figure 8.

Gulak was tapping out so that she would unlock the submission. But The Queen wanted Gulak to say he quit for her to undo the submission. Eventually, Gulak said I quit and the interview came to an end. This display of power by the current SmackDown Women’s Champion is a clear message to Ronda Rousey.

It looks like the rivalry is going to end at WrestleMania Backlash. It is a winner-takes-it-all situation for both the Superstars. Will The Queen claim victory again or will The Baddest Woman On The Planet finally have her revenge. This rematch is going to be a treat for the fans of both the wrestlers.