WTA Extends Their Support Behind Renata Voracova, Says – “She Had Done Nothing Wrong” 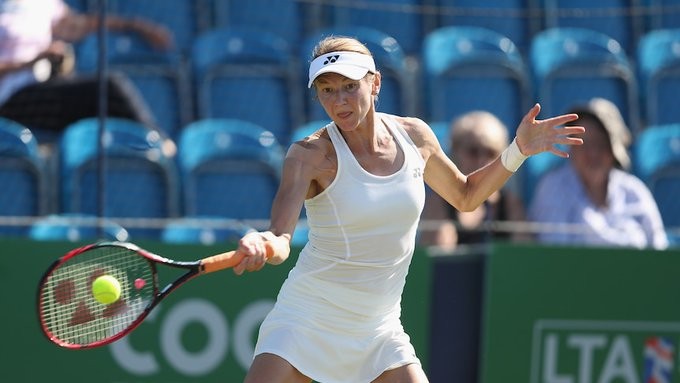 Czech professional tennis player, Renata Voracova was next after Novak Djokovic to have her visa revoked. She is the second Australian Open participant to be held in detention in by authorities.

Voracova entered Australia last month with a vaccine exemption granted by Tennis Australia. It was granted because she had recently contracted and recovered from Covid-19.

The government officials have only stopped  Djokovic and Renata from entering the country with vaccination exemptions.

According to some reports, Renata had been held in a detention centre by the Australian Border Force (ABF). She was asked by the officials to leave the country and had declared that she will not fight her deportation.

The Women’s Tennis Association (WTA) has termed Australian Government’s decision to deport Renata Voracova from the country as ‘unfortunate’.

Voracova was deported even after she followed necessary procedures to remain in the country for the Australian Open.

The WTA released a statement which mentioned that Voracova followed all the “rules and procedures” and her deportation was “unfortunate”.

“The WTA believes that all players should be vaccinated. And is in full support of the immigration policies that have been put in place as the protection of the Australian communities in which we compete is critical,” WTA said in the statement.

“That being said, the complications experienced over the past few days where athletes have followed the approved and authorised process of receiving a medical exemption for entry into the country are unfortunate,” they further stated.

Renata Voracova played in the Melbourne Summer Set tournament, partnering Kataryzna Piter of Poland. The duo lost to Arina Rodionova and Lesley Kerkhove in the round of 16 stages.

Women’s Tennis Association added that, “Renata Voracova followed these rules and procedures, was cleared for entry upon her arrival. Competed in an event and then suddenly had her visa cancelled when she had done nothing wrong”.

Tennis Australia was the one to grant medical exemption to Renata Voracova.

“The federal officials let me in immediately,” Voracova told the Czech reporters after her initial arrival.

“I was held at the Victoria state checkpoint as they sent my papers somewhere, but then they confirmed I was free to enter without problems.

Women’s Tennis Association backed Renata Voracova after the Czech tennis star was detained and then deported from Australia, last week after her visa was cancelledhttps://t.co/mmon9Curz6

“I don’t understand why they would come to me after a week and say, look, the rules that applied do not apply any more.” However, she was subsequently detained and left Australia.

Renata Voracova intends to pursue a compensation from Tennis Australia. She told BBC Russian on Wednesday that the way she was treated was “not right”.

“I felt a little bit like a criminal, but there was no reason why I should feel like that,” she said.

Renata further added that, “I sent all the documents. They were approved. If I knew there would be even a 1% chance of something not being right, I wouldn’t go.”

She said that she had intended to be vaccinated against Covid but had suffered medical complications after contracting the virus that prevented her getting the jab.

The WTA has said that it will continue to work with all authorities on addressing this unfortunate situation in an appropriate manner. Meanwhile, the Czech diplomats in Australia also lodged a formal protest with Australian authorities.