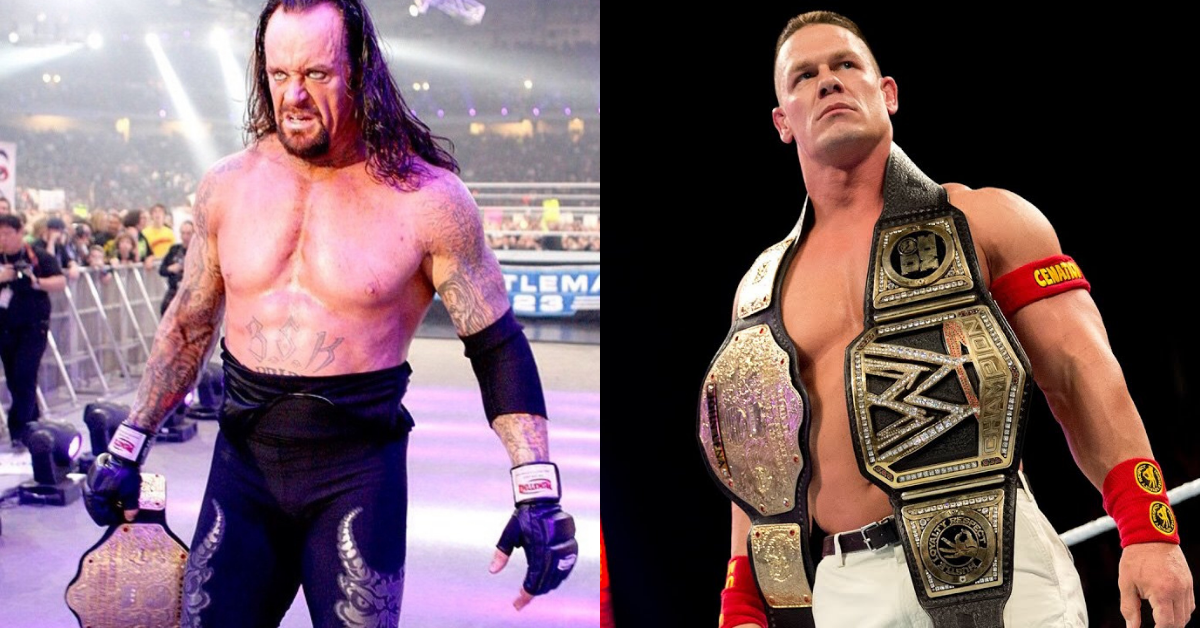 These days, most of us are aware of the fact that wins & losses don’t really matter much in WWE as long as the show is going great. But that doesn’t change the fact that racking up the big W is an accomplishment that performers chase after on instinct. And no one has been able to accomplish that feat more than these 5 Superstars, who have the most wins in WWE history.

The Heartbreak Kid won nearly 70% of his matches, but that might have been down to his infamous backstage politicking back in the 90s. Still, it cannot be denied that if anyone deserves this distinction, it’s Shawn Michaels.

The 2x Hall of Famer is a cornerstone of WWE, and his second run as a reformed veteran single-handedly repaired his reputation and restored his legacy. Mr. WrestleMania has wrestled 1776 matches in his career (yes, including Crown Jewel) and won 1234 out of them, in a neat symmetrical nod to his Kliq-mate Sean Waltman.

The Excellence of Execution was the first person to really prove that a superstar could break out of the “Land of the Giants” mould and make a name for themselves in the WWE. His stellar win-loss record is a testament to that. And yes, it includes his 2010 encounter with Vince McMahon.

Hart might have left the WWE under controversial terms in 1997, but he used to be Vince’s guy before that. It makes sense that the 2x Hall of Famer is one of the last “pro-wrestlers” to have the most wins in WWE history.

The Big Red Machine has had the most number of matches in WWE history, so him making the list was inevitable. Kane has been WWE’s residential monster for nearly 3 decades, having competed in 2811 matches and counting; yes, counting, because he still pops up on TV now and then.

Known to be one of the most reliable hands in the company, Kane’s working style made him adaptable to guys of all shapes and sizes. While that earned him a Hall of Fame ring, it also gave him the unique distinction of being the only superstar to have the most wins in WWE while topping the most number of losses list.

The Deadman headlined the WWE Hall of Fame, Class of 2022 and with good reason. For 30 years, The Undertaker wowed the WWE Universe with his mystical aura and his monstrous in-ring presence.

The Phenom has one of the best win-loss records in WWE history, at 77% wins. He went undefeated at WrestleMania for nearly 25 years, so it only makes sense that The Undertaker would be on a list of superstars with most wins in WWE history. He isn’t the guy with the most, though. That distinction goes to…

It shouldn’t come as a surprise to anyone given that most people still associate John Cena with WWE. “The Peacemaker” star might have ditched the jorts and bright t-shirts in favor of suits for now, but that isn’t going to remain a constant.

Cena can certainly go, even at the age of 44. His SummerSlam match with Roman Reigns was proof of that. But given his big-time Hollywood status, Big Match John might have to keep his win-loss record just shy of 80% for now. John Cena was at the top of the food chain for nearly 20 years, and it’s going to take a lot more from someone to even get close to taking away the record of most wins in WWE history away from him.