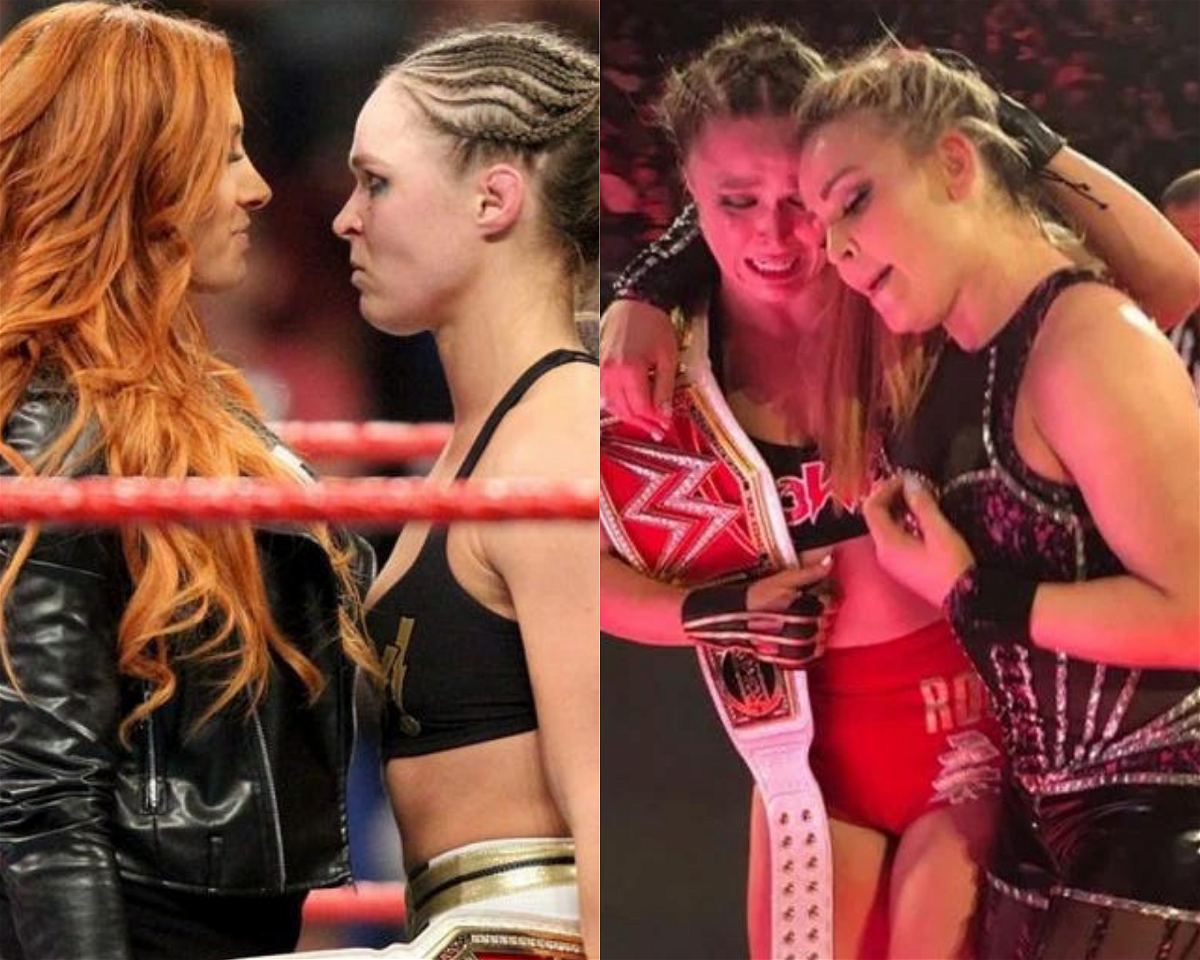 Ronda Rousey is one of the biggest names in combat sports history. She’s a multi-time world champion and put in a stellar performance in the co-main event of WrestleMania 38. But that hasn’t necessarily helped her cause in the WWE. The Baddest Woman on the Planet has found some fast friends in the locker room. But on the flip side of that coin, there are people who genuinely dislike her presence in the company, and we have to imagine that the feeling is mutual. Let’s take a look at some of these people, shall we?

This might be a shocker for some of you, but Paul Heyman has been a guiding force behind Rousey’s rise in WWE. Back in 2018, The Rowdy One made her WWE debut, the Wise Man was running things on Raw. Which might explain why Ronda had such a stellar first year with the company.

The time these 2 spent together on Monday Nights grew into a friendship that Heyman appreciates till this date. Paul has been one of Ronda’s fiercest supporters in WWE, and even appeared on her ESPN+ show “Rowdy’s Places” earliest this year to talk about all things ECW!

The Queen of Spades has been a long-time friend of Ronda Rousey, and they were re-united on the main roster during the Women’s Royal Rumble.

Shayna Baszler is one of the 4 Horsewomen of MMA, a “stable” that also includes Rousey. The 2 women trained together ahead of Ronda’s WrestleMania 38 match, and it really showed how close they are in real life.

It’s hard to tell with this one. One one hand, Becky Lynch put some massive respect on Ronda’s name by comparing their lives as mothers who also wrestle for a living. But on the other hand, Lynch has said she doesn’t care about The Rowdy One’s past legacy.

Big Time Becks has had problems with top superstars in the past, most notable being her SummerSlam spat with Charlotte Flair; which is a real-life issue as well, if you were wondering. She also called Flair & Rousey “2 main event losers” in an interview with Ariel Helwani.

The Baddest Woman on the Planet hasn’t clarified her stance on the issue yet, but given the fact that she used Becky’s government name in her return promo after Royal Rumble 2022 is very telling. Performers breaking kayfabe is becoming more commonplace, yes, but Rousey’s words that night seemed to not have been directed towards Becky Lynch the performer, but Rebecca Quin, the woman behind the performer.

This one should come as little surprise. It’s true that The Baddest Woman on the Planet is like the “Stone Cold” Steve Austin to Stephanie’s Mr. McMahon. I mean, just look at this judo throw!

But behind the scenes, The Rowdy One enjoys a close personal relationship with the WWE Executive, as well as her husband Triple H.  They were instrumental in bringing her into the company, and continue to be big supporters of her throughout her run.

This one dates back to WrestleMania 34, actually. Alicia Fox got into a heated argument with Ronda’s husband & UFC legend Travis Browne backstage at the Show of Shows. Fox repeatedly called Browne “rude”, in a bizarre spat right before Rousey’s first match.

It looks like Rousey settled this one in the ring, as she defeated Fox in a stiff squash match a few weeks later. Alicia Fox hasn’t been seen in WWE since 2018.

Ronda Rousey & Natalya Neidhart have one of the most-genuinely heartwarming friendships in pro-wrestling. Natty is a veteran of the locker room and makes it a point to work with all the women to get them to the point they need to be at in order to get over. Ronda was no exception.

They became on-screen BFFs for a while in the build to Rousey’s first title win at SummerSlam 2018, but that dynamic has spilled over behind the scenes, and you can really see it in interviews and Total Divas that The Rowdy One has a healthy respect for and friendship with Natalya.

This should come as no surprise to you. Nia Jax was one of the loudest detractors of Rousey during her time with the WWE. Not only did she criticize her in-ring style for being unsafe (which is ironic coming from her), but she also lambasted The Rowdy One for her comments on the scripted nature of pro-wrestling.

Nia Jax Says She Will Knock Ronda Rousey Out If She Ever Wrestles Her Againhttps://t.co/iNSrDi0Jbu

While many other WWE Superstars and Legends did the same, it’s safe to say that this is one bridge that cannot be repaired. Jax has been very critical of WWE and the industry as a whole since being released last year, so we don’t see her making up with The Baddest Woman on the Planet anytime soon; and the feeling seems to be mutual.