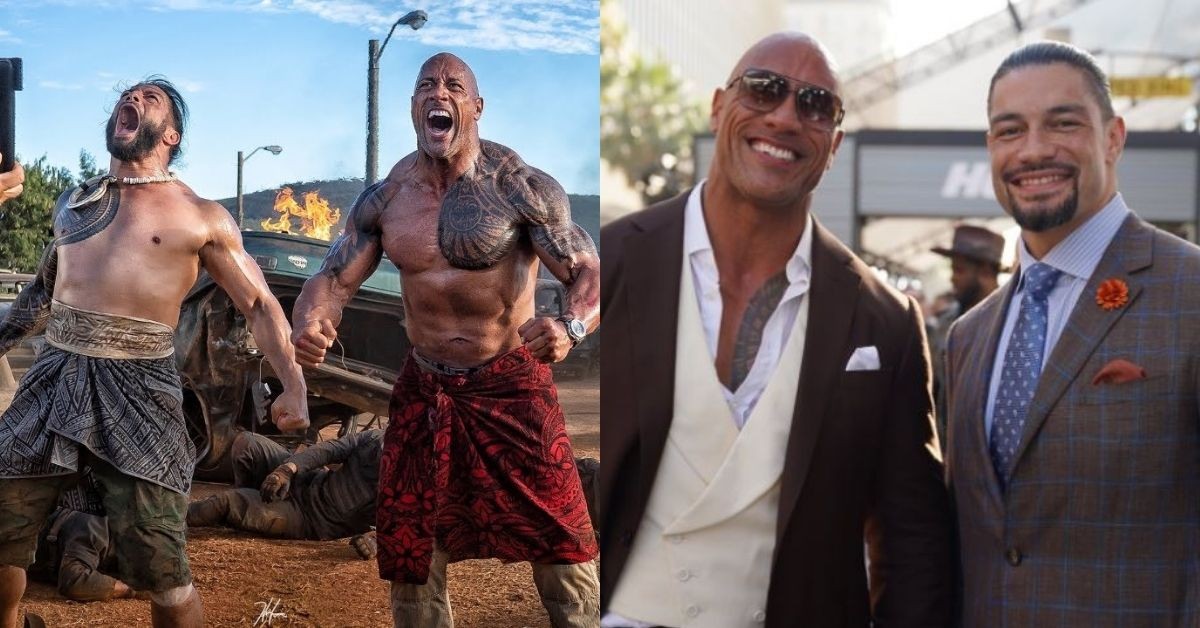 Roman Reigns is the cousin of The Rock. That is what we’ve been told ever since he won the 2015 Royal Rumble. We were also reminded of their connection during the promotional run for Hobbs & Shaw. But is it true? The answer might shock you.

Is The Rock a part of the Anoa’i wrestling family?

Technically, he is. In 2015, Roman Reigns was the most-hated performer in WWE. His Royal Rumble victory turned fans on WWE so hard, that they had to bring out The Rock to save face. And it didn’t stop there.

During Reigns’ Road to WrestleMania 32, WWE started releasing videos about Roman’s deep family ties to the company to get the fans behind him. This included a “Top 5” video detailing lesser-known facts about the Anoa’i Family.

While it was quirky finding out that The Rock, too, was connected to the legendary Samoan wrestling family, it wasn’t in the way any of us expected it to be.

Are Roman Reigns and The Rock biological cousins?

The answer is more complicated than a simple yes or no. Roman Reigns and The Rock share no direct blood ties. Lina Fanene, formerly known as Nia Jax in WWE, has a deeper blood relation to The Rock, given that his mother is her aunt.

Nia Jax is Dwayne Johnson’s 2nd cousin, once removed, from his father’s side of the family. But Joseph Fanene (Jax’s father) wasn’t a brother to Rocky Johnson; he was the brother of High Chief Peter Maivia. And it is that name that gives us the connection between Roman Reigns & The Rock.

How are Roman Reigns and The Rock related to each other?

Being born into the Anoa’i family already makes Reigns pro-wrestling royalty, but The Rock’s association with them came from a pact. His grandfather Peter Maivia, High Chief of Malietoa, was “blood brothers” with Reverend Amituana’i Anoa’i; the grandfather of Roman Reigns.

So, yes; The Rock is not biologically related to Roman Reigns. But that doesn’t make their bond any less real. The Maivia lineage is considered to be a part of the Anoa’i family tree. You can watch Rikishi break it all down, right here:

Roman Reigns and The Rock might not be cousins in the truest sense of the word, but they are as close as the family gets. Don’t believe us? Just catch an episode of Young Rock and you’ll see what we mean!