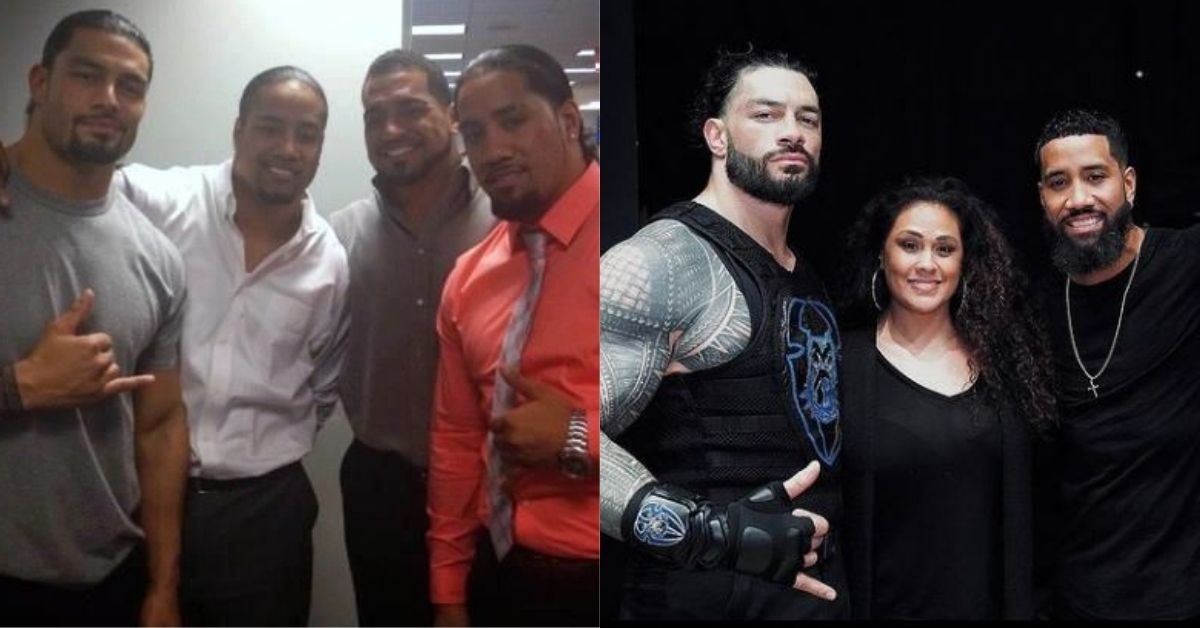 The Bloodline is the hottest faction the WWE has seen since the days of The Shield. Both of them have one thing in common; Roman Reigns. Only this time, Roman has hand-picked one of The Shield’s most iconic rivals, The Usos, to back him up. How are they related to each other? Let’s find out.

By the time The Shield debuted at Survivor Series 2012, The Usos had already established themselves. Jimmy & Jey Uso had been representing their Samoan heritage pretty much since day 1 when they debuted alongside Tamina.

This escalated during their feud with The Shield. By this point, they had started wearing face paint to pay tribute to their late uncle Umaga. The Usos vs The Shield was THE tag team rivalry in 2013.

Curiously, WWE never mentioned the family relation between 3 of the 4 competitors always involved in their matches. That would change soon, however.

When did WWE first refer to Roman Reigns and his family heritage?

WWE first brought up Roman Reigns’ family heritage when they saw everything going downhill, essentially. After his 2015 Royal Rumble victory, they had his “cousin” The Rock go out and try to keep the heat off him.

As he closed in on the WWE World Heavyweight Championship towards the tail-end of the same year, it was also revealed that Reigns’ long-time tag-team rivals were actually related to him as well!

How are Roman Reigns and The Usos related to each other? Are they real-life cousins?

Roman Reigns and The Usos belong to the Anoa’i wrestling family. Unlike Dwayne “The Rock” Johnson, they are part of its direct lineage. Their ancestor was the Reverend Amituana’i Anoa’i. Roman Reigns is the son of Sika Anoa’i; one half of The Wild Samoans.

The Usos are the sons of WWE Hall of Famer Rikishi, whose mother Elevera was the direct sibling of both Afa & Sika. This technically makes Rikishi Roman Reigns’ cousin, and The Usos his nephews!

For the sake of continuity & clarity, WWE has branded Jimmy & Jey Uso as the cousins of Roman Reigns. And it seems to be working, too, because everyone acknowledges The Bloodline these days; no matter how fractured their “family business” got before they became an official faction. Now, the Samoan Dynasty rules the roost with an iron fist; and they aren’t letting go of it, anytime soon.

Everything You Need to Know About Alberto Del Rio – Wives, Children and Family