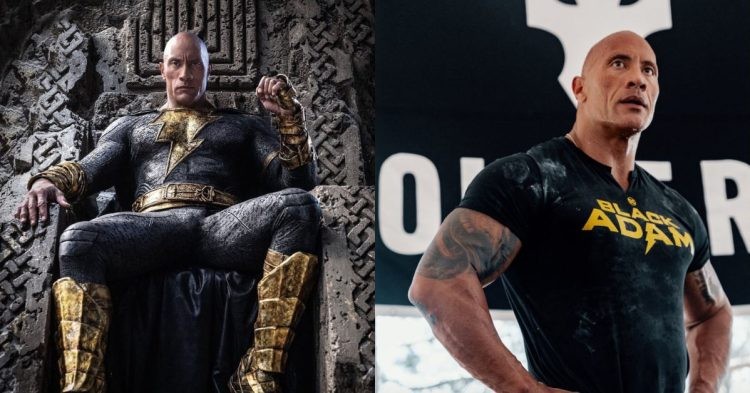 For the People’s Champion, Dwayne Johnson’s long-awaited fantasy DC project has paid off, as Black Adam has racked up a blistering $67M U.S. opening, the biggest domestic box office start of his career as a solo star, and a $140M global bow. That’s in advance of what we were observing.

The Rotten Tomatoes rating for this picture is 90%, the highest for a DC movie in 10 years, beating out titles like The Joker (88%) and The Batman (87%). There is optimism that Black Adam will surpass its projected $16.6M Sunday and even over-index today.

Fans worldwide brought the ENERGY this weekend. #BlackAdam is the #1 MOVIE IN THE WORLD. ⚡ Get tickets NOW: https://t.co/IdeXDz1xEL pic.twitter.com/MNw3Z4T1bH

Hiram Garcia, a producer for the movie and the head of the production for Johnson’s Seven Bucks said, “The success of Black Adam is truly a dream come true. We’ve been working towards this family goal here at Seven Bucks for 15 years, applying every bit of experience we’ve acquired over the years to help bring this project to life. So, to be here now seeing how our hard work has paid off with the biggest opening of our careers is an incredible feeling.”

The movie still needs to make back some of its production expenditures, which came to $195 million before marketing. But it has achieved one milestone: surpassing The Mummy Returns’ $68.1 million and a number of Fast & Furious movies as Johnson’s best opening. This is his best debut as the main actor in a movie.

You might Like: Dwayne Johnson’s Black Adam Salary: How Much Money Is the Rock Making for His DC Debut

Black Adam can be Dwayne Johnson’s biggest movie to date

According to studio estimates from Sunday, Warner Bros. Black Adam debuted with an estimated $67 million, giving The Rock his best box office weekend as a leading man and debuting the D.C. Comics character he worked for ten years to get to the big screen.

For Black Adam, the risks were greater, though. Johnson hasn’t been coy about his intention to follow up Black Adam with a confrontation with Superman when marketing the movie. Uncertainty persists on whether Black Adam’s sales were sufficient to support that. Warner Bros. is revamping its strategy for adapting DC Comics under new management.

It’s catching on baby! 😂@chrisparente aka THE HORN 📣 #BlackAdam https://t.co/7OXcRcxb9x

All the risks and efforts put in by Dwayne Johnson might pay off as it is speculated that this could be his highest-grossing movie ever. Fast and Furious is his biggest hit right now but many have speculated that in the coming days Black Adam will surpass it.