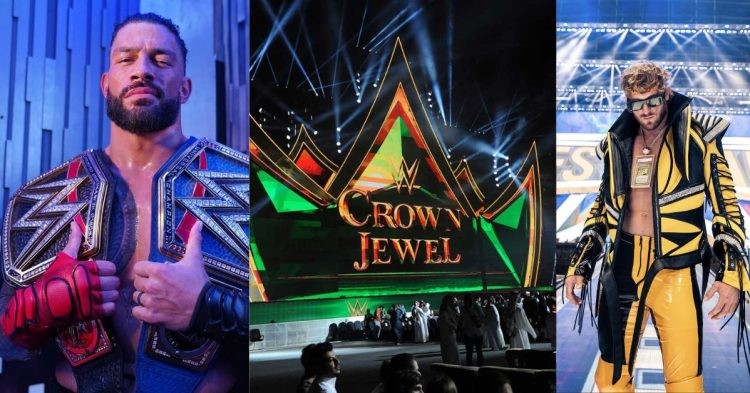 WWE travels to Saudi Arabia every year for Crown Jewel on Saturday. Roman Reigns and Logan Paul, a YouTuber turned wrestler, will square off in the main event of this year’s event. After Reigns had been on Paul’s podcast, the two engaged in a contentious discussion on social media, which led to the signing of the bout. The relationship between WWE and General Sports Authority, which began in 2018, is continuing with this.

The WWE title has been in Reigns’ possession since April, and he has held the WWE Universal Title since 2020. Due to his Bloodline stable, “The Tribal Chief” has been a force within WWE and has never lost a championship match.

On November 5, WWE’s Crown Jewel competition will take place. Here is how you can watch it in every country. The Crown Jewel for this year will start at Mrsool Park in Riyadh, Saudi Arabia, on November 5. At 11 AM ET/8 AM PT/3 PM GMT/6 PM local time, the programme begins.

NBC’s brand-new paid streaming service Peacock Premium is the only place to watch Crown Jewel. On November 5 at 12 p.m. ET, WWE Crown Jewel will be accessible for viewers in the United States via Peacock or pay-per-view.

The show will also be available for the WWE universe in Canada at 12:00 ET, WWE Crown Jewel, and will be broadcasted on WWE Network in Canada.

For viewers down under on the show will air on Sunday, November 6 at 3 a.m. AEDT, watch live on Kayo Sports and WWE Network.

Eight bouts have been promoted thus far, and each one has the potential to be the star of the show. Additionally, this year’s Crown Jewel will feature a return appearance of Bray Wyatt.