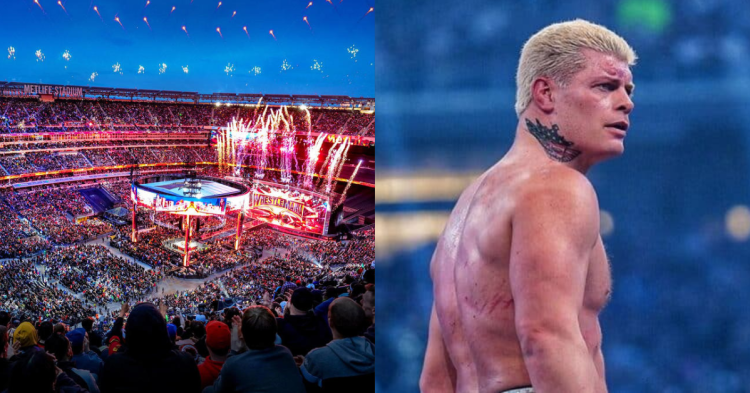 WWE is known to announce its premium live event dates and location almost a year prior. WWE makes sure to represent its live event as Larger than life show and get a larger In-Arena audience by Advertising events with the faces of the company. One such event is WWE’s annual “Royal Rumble”.

“RoyalRumble is headed to the @Alamodome in San Antonio on January 28, 2023, as first reported by @ExpressNews”

#RoyalRumble is headed to the @Alamodome in San Antonio on January 28, 2023, as first reported by @ExpressNews. https://t.co/hHg6J0A0Ot pic.twitter.com/28jIB48bHs

Royal Rumble is officially considered the beginning of “Road To WrestleMania”.  WWE announced on its Social media platform that it would be hosted in The Alamodome in San Antonio on 28 January 2023.

5 Superstars who could win Royal Rumble 2023

Royal Rumble is the annual premium live event of WWE and officially marks the start of the “Road To WrestleMania”. The winner of the Main event Royal Rumble the 30-Men/Women Battle Royale gets to the main event at the grandest stage of all “WrestleMania”.

The Current NXT champion has been pushed a lot and is seen as a future main event star. Son of the Hall of Famer “Rick Steiner” can enter the 2023 Royal Rumble and has a slim chance of winning it.

Johnny Gargano, who had been out of the game for nine months, would make a startling appearance on Raw during the live episode from Toronto. Johnny Wrestling tends to feel like a key figure in HHH’s new WWE after appearing out of the blue with no talk of his comeback.

It has been rumored for months that Dwayne Johnson and his cousin Roman Reigns will square off at WrestleMania 39. Reigns recently defeated Drew McIntyre at Clash at the Castle, so it’s uncertain whether he will still hold both WWE World Championships by next year’s Mania, but it seems very likely that “The Great One” will return to the Squared Circle.

Seth Rollins has some Unfinished Business with Our Tribal Chief Roman Reigns. Seth has been portraying the Visionary persona for a while now and fans are enjoying it. Seth Winning the Rumble to face off with his Ex-Shield mate would provide a way to turn Seth into a Top Babyface in the company again.

The American Nightmare’s return to the WWE was one of the greatest returns in modern-day wrestling. His feud with Seth Rollins was absolutely amazing. Cody is one of the biggest signings by WWE in recent and he is presented as the “Prodigal Son”. Triple H has been a fan of Cody’s work and Cody winning the Royal Rumble will get a huge pop from the WWE universe.