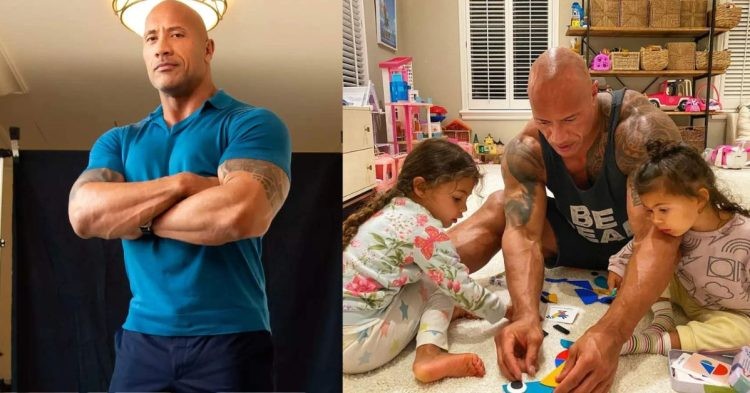 Dwayne "The Rock" Johnson says he loves be a father (Credits: Instagram)

Dwayne “The Rock” Johnson shared a video on Instagram stating that he loves his daughter and that she is his top priority. He also hints that he might not return to WWE in order to spend more time with his family.

In the video collage and commentary, he offered his views on kids and being a girl dad. The video includes home recordings, interview excerpts, and footage from Black Adam.

Dwayne says in the caption, “I know what it’s like to have a job you love (pro wrestler) and yet it takes you away from the thing you love most (your firstborn child) from years of being on the road wrestling. I made a promise that I would never do business in anything again that took me away from my family.”

Being a WWE Superstar is not as simple as it appears. Being on the road every week, performing in front of live audiences, remaining in character, and the most challenging thing, according to Dwayne, is being away from your family.

Dwayne says he chooses a work that allows him to spend time with his family and his girls. He was reported to run for President of the United States, but he declined. He stated that he does not want to be away from his daughters at this critical time since he understands how important it is to have your father around at this age.

Although The Rock is unlikely to return to WWE full-time, he may make a few guest appearances. He is currently expected to be available for WrestleMania 39. It makes sense since WWE is hosting it from Hollywood, Los Angeles, a convenient location for WWE Superstars turned Hollywood actors like Dwayne Johnson and John Cena.

Rumors around Dwayne Johnson and Wrestlemania 39

Following rumors that “Brahma Bull” might return at WrestleMania 39, fans are speculating if he’ll be a surprise entrant in the Royal Rumble 2023.

There has been no confirmation, though Dwayne has indicated that he is open to the potential of such a big match. The latest official poster for this year’s Royal Rumble appears to hint that Rock might return.

Cody Rhodes, Austin Theory, Seth Rollins, Becky Lynch, and Rhea Ripley are seen on the poster. Fans are talking about how the Superstars are surrounded by a flock of blue lightning. Blue lightning might be a reference to the “most electrifying man in sports entertainment,” as well as a reference to his role as the face of SmackDown for much of his career.

Despite all of the speculations and hints, the WWE universe remains no closer to knowing whether Dwayne Johnson will be appearing at the Royal Rumble. After all of the negative press, the WWE has received as a result of the Vince McMahon investigation, seeing Dwayne “The Rock” Johnson wrestle at WrestleMania 39 seems like a perfect setting.