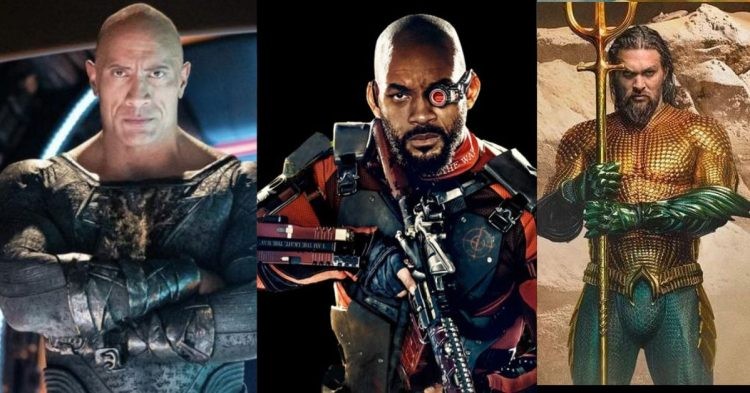 Dwayne “The Rock” Johnson is among the highest-paid performers in Hollywood, which is no secret. But many people are unaware of the exact sum of money the Hollywood powerhouse is paid for his films.

Tune in NOW to join us LIVE from the Black Carpet at our #BLACKADAM World Premiere in New York City! WATCH NOW: https://t.co/IjtnQwAPkI pic.twitter.com/CkNUFHqJzV

For instance, “Black Adam” and Warner Bros. Pictures reportedly gave Johnson a staggering film salary and contract that will eventually result in one of his career’s largest payouts. How much Johnson will make from his DCEU superhero debut is revealed in a recent story. Variety reports that The Rock will be paid $22.5 million for his work on Black Adam. According to the story, Johnson specifically requested that amount, and the studio complied.

In an extensive new report on stars’ salaries and earnings, Variety quotes a studio executive and source as saying, “Most artists aren’t worth what you pay them.” The executive remarked, “[Tom] Cruise and possibly Dwayne Johnson justify their pay.”

Johnson earns the most of his fellow DC actors thanks to his role as Black Adam. In Aquaman and the Lost Kingdom, Jason Momoa will make $15 million by playing the title character. Joaquin Phoenix, an Oscar winner, received a $20 million contract for Joker 2. Johnson’s $22.5 million pay for Black Adam isn’t final, though; he’ll get paid a few extra grand for producing the movie and more for using his social media to promote it.

All of Dwayne Johnson’s followers are anticipating his upcoming movie, Black Adam. Black Adam, directed by Johnson, is being produced by DC Films as well as a few other production organizations. Now, DC Films has created several superhero action movies in addition to Black Adam. The DC Films production Suicide Squad, starring Will Smith, was released in 2016.

For 2022, Variety published a list of the highest-paid celebrities. Fans there also learned how much The Rock was paid for playing Black Adam. The Rock received $22.5 million according to the list for Black Adam.