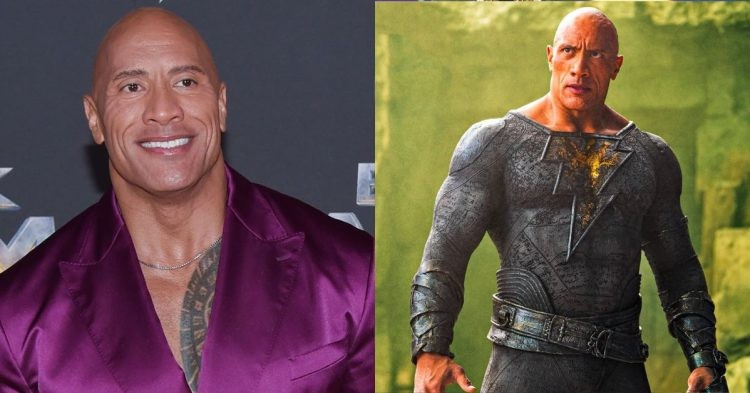 Dwayne Johnson has refuted claims that “Black Adam,” his DC debut, won’t turn a profit at the box office. The Rock recently revealed on Twitter how much Black Adam has actually earned globally in comparison to predicted profits.

Waited to confirm with financiers before I shared this excellent #BlackAdam news – our film will PROFIT between $52M-$72M.
Fact.
At almost $400M worldwide we are building our new franchise step by step (first Captain America did $370M) for the DC future.https://t.co/GBIgsbtnkq

Despite making $387 million USD worldwide, the blockbuster’s box office sales fell short of what was anticipated during production. Black Adam is now anticipated to lose $100 million US under co-CEOs James Gunn and Peter Safran’s leadership at DC Studios.

The Dwayne Johnson DC/New Line movie is expecting to make between $52M and $72M in profit with a $390M global gross, a $195M production cost, and marketing and promotion expenses of between $80M and $100M. Extra revenue from Black Adam merchandise is also not included in that amount.

According to Joe Singer, who works extensively in motion picture slate finance, “Given that Dwayne Johnson appeared in a DC movie, the movie can be viewed as underwhelming. However, the film will turn a small profit and exceed break-even.”

Black Adam is now anticipated to lose $100 million USD. Despite making $387 million USD worldwide, the blockbuster’s box office sales fell short of what was anticipated during production. Dwayne Johnson responded to the rumors by denying them and tweeting that his DC premiere will profit between $52M-$72M.

Sayin’ thank ya so much from my ol’ pick up truck for all the amazing #BlackAdam support and reactions
#1 movie on iTunes 🔥
We’ll remain in theaters as well throughout the holidays 🎅🏾⚡️
Also wanted to give ya some #Superman info 👊🏾
Happy 🦃🍿 pic.twitter.com/WyGa49J7Dr

Although fans have replied to Dwayne’s tweet with some facts and numbers from previous DC movies’ profits and have also roasted him for comparing Black Adam to Captain America which was released in 2011.

Compare Black Adam to another DC film, Shazam. Shazam made $363 million its entire run, compared to $384 million in 7 weeks. Shazam was a $100 million budget to BA's $190 mill. At the rate Black Adam is performing, it should hit the $450m mark just b4 Xmas. Flops don't do that. pic.twitter.com/y5FFbdTdFZ

Why did you need to confirm with your "financiers" whether the movie is profitable? Wasn't it a "massive hit" as you've been telling us for months?

Why are you comparing the film to the profits of a 10 year old superhero movie?

And Black Adam doesn’t have character recognition with the general public compared to Captain America. Not even close, so that’s a win for BLACK ADAM as a film to come in only $90m. less during a post-pandemic slump at the b.o. Most of that speaks to Mr. Johnson’s appeal.

Johnson’s biggest solo domestic debut, Black Adam, brought in $67M. Johnson also said that in contrast to their $400M, the original Captain America film from Marvel made $370M worldwide. Black Adam was the largest movie of the season, debuting at No. 1 for three weeks in a row worldwide before Disney/Marvel Studios’ Black Panther: Wakanda Forever.

The DC Universe is going through a huge change in the future. The goal appears to be to stop the Synder-verse and start again, which makes sense given that DC movies have historically been seen as inferior to the MCU. The universe is also meant to be separated from the darker ideas. With their new DC Universe, James Gunn and Peter Safran may have to start from scratch.

The throne belongs to him. #BlackAdam is #1 on Digital. Own it now: https://t.co/3funrHk1BJ pic.twitter.com/FageyoH0Za

Despite having a budget between $190 million and $230 million, the movie has only made $385 million worldwide. According to THR, a sequel is “unlikely” because the film has not performed as well at the box office despite “the buzz surrounding the movie of opening a new portion of DC, a lot of it led by actor Dwayne Johnson.”