Everything You Need to Know About Alberto Del Rio – Wives, Children and Family 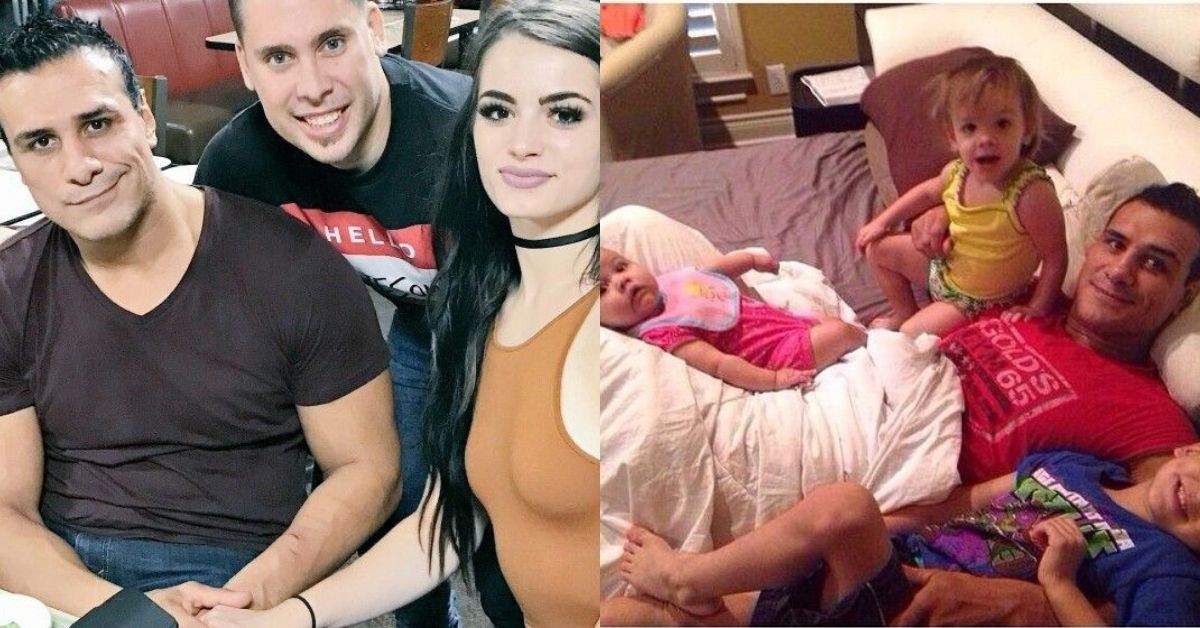 These days, you can find him on Ultimate Championship Fighting’s Spanish announce desk. But back in 2011, Alberto Del Rio was the single most exciting prospect WWE had ever signed. The Mexican prodigy took the WWE Universe by storm with his Scrooge McDuck-ish charisma and blatant arrogance. But his story was immediately mired by a barrage of controversies he still hasn’t gotten over. Here’s everything you need to know about Alberto Del Rio.

What is Alberto Del Rio’s real name? All you need to know about his personal life and family

José Alberto Rodríguez Chucuan was born on May 25th, 1977 in San Luis Potosi City, Mexico. He is a 2nd generation professional wrestler. His father was the legendary luchador rudo Dos Caras, who was known as the “Greatest Heavyweight to come out of Mexico”.

Del Rio’s uncles, too, were practically synonymous with Lucha Libre wrestling. Mil Mascaras particularly, alongside El Santo & Blue Demon, was one of the 3 Greatest Mexican Wrestlers of All Time.

Alberto has one younger brother, Guillermo, who was signed with WWE in 2012 as part of their NXT brand. He was let go a year later. He also has 2 cousins performing for Mexican promotions like World Wrestling League & AAA.

In 2012, José Rodriguez married his only wife till-date; Angela Velkei. The pair were married for 4 years. They have 3 children together.

Velkei filed for a divorce in 2016 when she discovered Del Rio was having an “adulterous relationship” and also alleged domestic abuse against the Mexican star.

While the latter charge was only partially-processed in the court, it was the former that took the wrestling world by storm. In the same year, Del Rio went public with his relationship status, revealing that he was indeed dating WWE Superstar Paige.

The pair were engaged-to-be-married after Paige proposed to him in the middle of the ring, but this relationship broke down as well due to similar issues with domestic violence.

In 2019, it came out that Del Rio was in a relationship with Reyna Quintero.

The couple had been together for a few months, and she even spent some time with his family on Christmas.

Del Rio & Reyna were active on social media during the pandemic, trying to spread a positive message to their followers through workout videos.

The couple split up when Reyna filed a criminal case against Del Rio on May 9th, 2020.

On April 28, 2022, Alberto Del Rio posted a video to his official social media account, requesting blood donations for his ex-wife in what seemed like an urgent case.

Where did Alberto Del Rio get his education from?

Although little is known about his high school education, we do know that Del Rio graduated from the Universidad Autónoma de San Luis Potosí in his hometown of San Luis. His degree is in architecture, but his interests are in combat sports.

Alberto Del Rio wanted to make it to the Olympics

Coming from a family of pro-wrestling greats, Del Rio decided to distinguish himself by getting into competitive Greco-Roman Wrestling. He trained under Leonel Kolesni and Juan Fernández and was a featured athlete on the Mexican National Team. After failing to qualify for the 2000 Summer Olympics due to monetary issues, he decided to get into the family business.

Del Rio started his professional wrestling career in Lucha Libre AAA Worldwide, where he took on the masked gimmick of Dos Caras Jr.; paying homage to his father. From 2000-to 2004, he performed exclusively for AAA in Mexico. During this time, he also made frequent excursions to Japan. Del Rio wrestled for prestigious promotions like Pro Wrestling Zero1, All Japan Pro Wrestling, and Hustle.

In 2005, he’d jump ship and signed with CMLL, where he had the best years of his professional career in Mexico. Now signed to his former home promotion’s rival, Del Rio executed a slow-burning heel turn in CMLL and was rewarded with the CMLL World Heavyweight Championship.

His 533-day-reign as champion was revealed to be a stepping stone, however, as he quietly signed with WWE in 2009, exiting the promotion after dropping the strap.

Not many people can claim to have had 2 successful runs with WWE; except for the “Essence of Excellence“. We knew this guy had something special when the first vignettes exploring the life of Alberto Del Rio began airing in 2010. And he did not prove us wrong; at least, in the ring.

Jose Rodriguez would go on to accumulate more success than even Rey Mysterio did. In his first 4 years with WWE, Alberto Del Rio claimed the WWE Championship twice, and the World Heavyweight Championship twice, making him a 4x World Champion; the only Mexican wrestler to do so in the company.

Though his second run was cut short thanks to an opt-out clause in his contract, it was great for what it was. He returned in the best way possible; being announced as a surprise entrant for the John Cena US Open Challenge, and winning the whole damn thing. He was also the most relatable member of the League of Nations. But thanks to false promises and failed pushes, he elected to leave the company yet again.

Why is Alberto Del Rio so controversial in the wrestling world?

This one should come as no surprise to you if you have followed anything about his career, but Jose Rodriguez is a bit of a loose cannon. And that is something his promoters have come to hate; and his intimate partners have come to fear.

WWE Superstar Paige has frequently spoken out on the abuse she faced from Rodriguez during their time together, and his ex-wife Angela Velkei made similar claims during their marriage. Del Rio had a rather public spat with Paige’s father in 2017.

I don’t need to beat my eggs. Your daughter does it for me. #sisisi @RickyKnightWAW https://t.co/BTC2eWJJCt

In 2020, Rodriguez was arrested in San Antonio, Texas, for assaulting his then-partner Reyna both physically and sexually. A grand jury formally charged him 2 felony counts- aggravated kidnapping and sexual assault- but the case was ultimately dropped in 2021 due to a “missing witness”.

There have been multiple reports from independent promoters about his unprofessionalism. Adam Blampied, who was involved behind the scenes with WCPW, revealed that Del Rio had to be pulled from a show because he showed up inebriated. (See clip below, 9:20 mins)

Where is Alberto Del Rio these days?

As noted at the start of this article, Alberto Del Rio- or “El Patron” as he’s called these days- is a Spanish commentator for the UFC. When he initially returned to the independent scene in 2014, El Patron immediately became the AAA Mega Champion; a title he held until re-signing with WWE a few months later.

His second return to the independents was equally successful, with El Patron winning the GFW & IMPACT World Titles to become Unified Heavyweight Champion in IMPACT Wrestling. He’d prove his worth as an international draw by winning the Qatar Pro Wrestling World Championship in 2017. But ultimately, he’d suffer the same fate as he has elsewhere, relinquish his titles & return to Mexico.

After having every door closed in his face by wrestling promoters across the world for his behavioral misconduct, Del Rio forayed into the world of MMA, but his career there too was short-lived. And so, one of the greatest Mexican exports of his generation went from pro-wrestling royalty, to being practically black-balled from the industry.

5 Reasons Why Brock Lesnar Will Return at WrestleMania Backlash