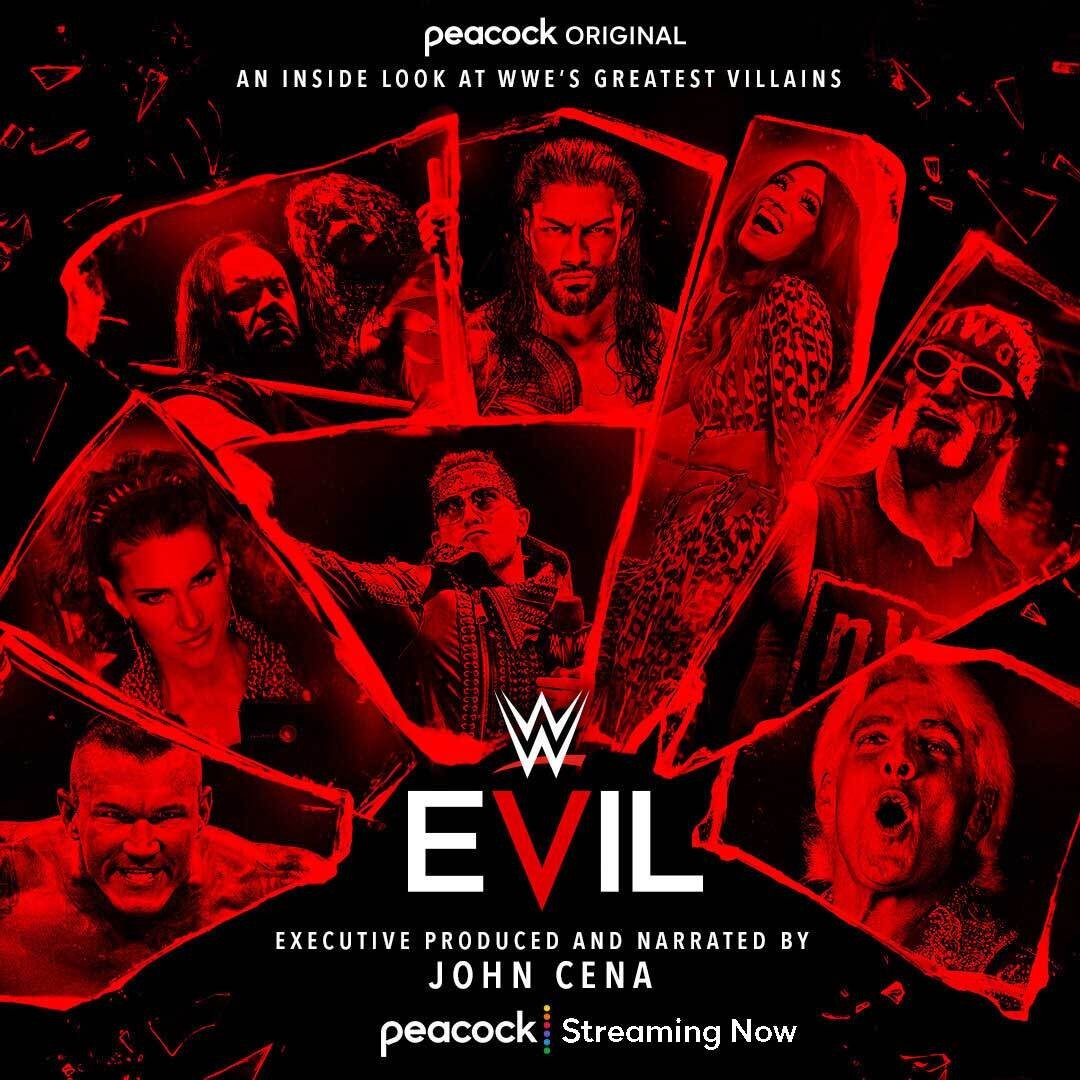 WWE is no stranger to producing Hollywood-quality docuseries’ on its rich history & pantheon of iconic characters. But WWE Evil is something else entirely. Narrated and Executive Produced by John Cena, it gives fans a personal look into the journey of some of the Greatest Villains in WWE History; and might just be their best docuseries till date.

Heel is a wrestling term for “bad guy”, for the two of you who aren’t in the know yet. It is also what fans have been begging for John Cena to become since WrestleMania 21, but that’s besides the point (read more on that here).

In the past, WWE studios had the tendency to treat its audience through the lens of kayfabe, but that is no longer the case. In 2022, most wrestling fans know insider terms, and WWE Evil doesn’t insult their intelligence. The show is all about dissecting what makes a “good heel”; is it the character work? The dedication? The ring experience? Or something else entirely?

The Story of “Hollywood” Hulk Hogan opens up WWE Evil

In 1996, perennial babyface Hulk Hogan shocked the world when he revealed himself as the infamous Third Man. It led to the creation of one of the greatest heel stables in pro-wrestling history; the nWo. Episode 1 of WWE Evil, which started streaming on March 24th, traces how one of the most-shocking moments in wrestling history came to be; and it doesn’t stop there.

This docuseries blends kayfabe actions with real-life logic and gives you, the consumer, a look into why bad guys do what they do. Not every villain will go after children, just because of WWE’s PG-friendly nature. Sasha Banks once made a Bayley superfan cry at TakeOver: Respect in one of the greatest TakeOver moments in NXT history. It’s that mindset that differentiates a generic bad guy from a true heel; and WWE’s biggest heel today is set to close out this series with a Spear.

Sasha taunts her, steals her headband, makes fun of her for crying, and throws the headband back at her face. pic.twitter.com/HkyNwETEZj

Roman Reigns is the best thing in WWE today, but he didn’t get to the top of the summit without making mistakes along the way. The last episode documents his rise to becoming the Head of the Table; and it is a very interesting watch.

While The Tribal Chief’s sermon about his path is sure to mesmerize you, it’s the short glimpses of Joe Anoa’i that will make you stay till the very end of the episode. This is why we think WWE Evil is one of the best docuseries that the company has created; right up there with Undertaker’s Last Ride. You can stream all 8 episodes of the series on Peacock, right now; and we highly recommend that you do.

Some of @WWE’s most vile, most despicable … and most entertaining characters of all time have one thing in common: they are EVIL!

See all episodes of the new series #WWEEvil streaming on @peacockTV NOW!! pic.twitter.com/FpCOvq7qWm