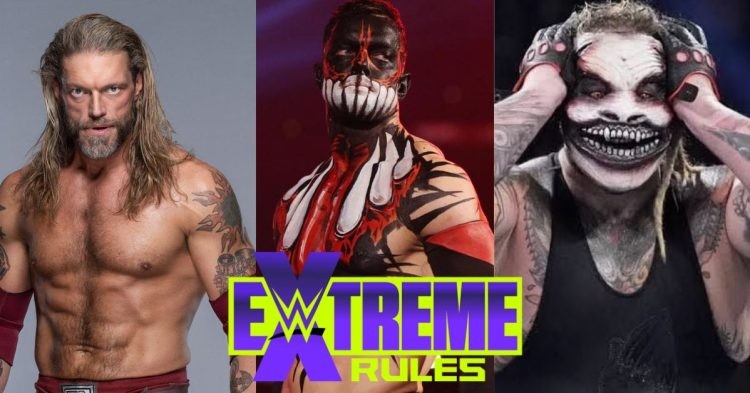 The Wells Fargo Center in Philadelphia will play host to WWE’s 14th annual Extreme Rules premium live event on Saturday, Oct. 8. The main roster premiere of the Fight Pit, a ladder match, an I Quit match, and the title contest are just a few of the stipulation matchups that WWE has packed into it. Here are the 6 matches that are confirmed for the upcoming premium live event:

1. Seth Rollins vs Matt Riddle in the first-ever Fight Pit match on the Main Roaster

#SmackDown Women’s Champion @YaOnlyLivvOnce will once again face The Baddest Woman on the Planet @RondaRousey in an Extreme Rules Match!

Don’t miss #ExtremeRules on Sunday, 9th October from 7AM (WIB) / 8AM (SGT) on @WWENetwork and exclusively on @DisneyPlusID in Indonesia! pic.twitter.com/o61PKmk6GL

3. Bianca Belair vs Bayley for the WWE Raw Women’s Championship in a Ladder Match

4. Drew McIntyre vs Karrion Kross in a Strap Match

At #ExtremeRules, The #BrawlingBrutes and #Imperium will look to rip each other apart in a Six-Man Tag Team Good Old Fashioned Donnybrook Match!https://t.co/1dCwUyIHJ0 pic.twitter.com/2wbUVzppzc

6. Edge vs Finn Balor in an I Quit Match

The match card for #ExtremeRules is looking epic! Personal opinion, this should be the FINAL card because it will allow each stipulation to perform at its highest!

6 matches, 6 stipulations, 3 hours! We're in for a hell of an extreme night on October 8th! pic.twitter.com/gydVe7xhHW

In India, WWE Extreme Rules is scheduled for Sunday, October 9, 2022. On Sunday, October 9th, from 04:30 IST, it will be live-streamed on Sony Sports Network in India. Fans in the UK can watch the show live online starting at 12 AM BST, and it will also be shown on BT Sports, WWE UK, and the official WWE website. On October 8 at 7 PM/EST, users may watch WWE Extreme Rules 2022 live. The show will be streamed live on WWE Fox and the USA network.

Till now WWE has confirmed 6 matches for the 14th annual Extreme Rules premium live event. The match card looks jammed pack and features some matches that are for sure going to turn into a banger. Here are my Predictions for each confirmed match at the premium live event.

Matt Riddle and Seth Rollins will square off in a match confirmed by WWE. This is going to be a fight pit match.  Their previous match was spectacular, and no doubt that this one will be as well. Riddle will win this one because he is familiar with the condition and because a W over Seth will make Riddle appear to be a legitimate main card star.

WWE has confirmed that Liv Morgan vs. Ronda Rousey for The Smackdown Women’s Championship This will be an Extreme Rules match. This should be a good match for the card. Regarding the winner, I’m going to pick Ronda to get her belt back. Personally, I’ve never been a fan of Liv and I don’t think she is Championship material right now if she beats Ronda again, it would ruin Ronda’s character.

3. Bianca Belair vs Bayley for the WWE Raw Women’s Championship in a Ladder Match (Winner: Bianca)

The RAW Women’s Championship ladder match will feature Bayley vs. Bianca Belair. I am anticipating what should be a tremendously competitive contest. For the winner, I’ll pick Bianca because I don’t see her dropping the title this soon.

At Extreme Rules, Karrion Kross and Drew McIntyre will square off in a strap match. Personally, I’m not a big fan of strap matches but this should be a decent fight. I think Kross will win with help of Scarlett.

The Brawling Brutes and Imperium will face off at Extreme Rules, in a traditional Donnybrook match This match might turn out to be the best match on the card as each competitor has excellent skills and can pull off unique spots. I think Brutes will win this one and this would help take the Shemus and Gunther feud ahead and possibly a rematch.

6. Edge vs Finn Balor in an I Quit Match (Winner: Edge)

Finn Balor and Edge will face off in an I Quit match. This match was on my “dream matches” list since Edge returned to WWE. Finn would face defeat in this match as Edge is close to retiring and WWE wants him to look good and have time of his life in his last few matches.