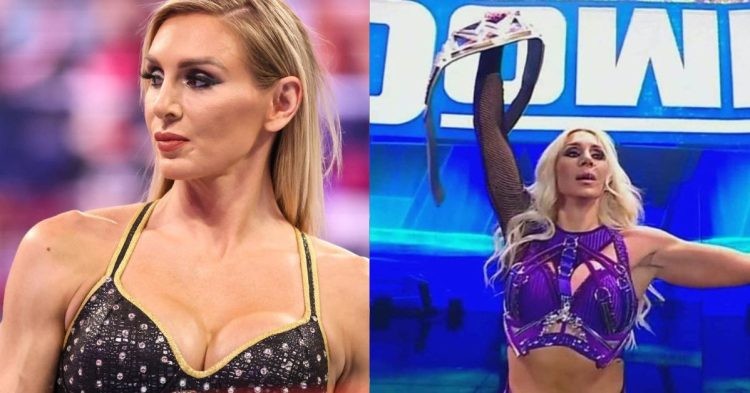 Charlotte Flair made her comeback to WWE SmackDown on December 30th, defeating Ronda Rousey and becoming the WWE SmackDown Women’s Champion for the 14th time.

Rodriguez won the Gauntlet match last week, making her the number-one contender for the SmackDown women’s championship. On the final episode of Friday Night SmackDown of the year 2022 in Tampa, Florida, she challenged Ronda Rousey to a title match.

Charlotte Flair is back and with a new entrance theme! #SmackDown pic.twitter.com/pYOCbbbln3

Rodriguez was dealing with the arm injuries Rousey and Shayna Baszler inflicted on her before the Gauntlet match. Despite this, she fought fiercely, earning a few major comebacks that gave the impression that she had a chance to win. Rodriguez eventually lost.

Charlotte Flair made a surprise return after being gone since May 2022. Immediately following Ronda’s win, Flair pushed Ronda Rousey to accept an unscheduled title bout against her. The Queen handled the Rowdy with ease and speared her to win her 14th Women’s championship.

The WWE Universe was outraged by the Queen’s return and surprising title win, and they took to Twitter to show their discontent.

Charlotte Flair returning and winning a world title is the most Charlotte Flair thing ever. not even mad LETS GET IT #SmackDown pic.twitter.com/aVyUYSzPJy

I ain’t never seen the TL this Unified on a Charlotte win ever! 😭 Ronda really bringing us all together 😭 #SmackDown pic.twitter.com/pe1vukkzTN

I agree the only one I can see putting Charlotte Flair in her place is Michelle McCool and we know Michelle no joke in the ring. pic.twitter.com/wb5ytgSOV3

Triple H when he thought about Charlotte Flair taking the title away from Ronda: pic.twitter.com/60YpzB5InP

The WWE universe is not a big fan of the booking of Flair, they have raised their mixed reactions to her winning the title without any build-up and coming out of nowhere and winning it.

Charlotte Flair has returned to WWE. She made her plans clear right away, requesting a rematch immediately. The Queen defeated Ronda to become a 14-time women’s champion.

Back in February, Dave Meltzer stated that WWE was planning a Rousey vs. Lynch and Flair vs. Bianca match for WrestleMania 39. However, WWE is known for altering its long-term plans, and Aramboles’ latest report reveals that is basically what happened.

According to Angel Aramboles of WrestlingNews.co, WWE has “nixed” plans for the dream Rousey-Lynch match. According to reports, the plan is for Ronda to face Rhea Ripley in a championship match.

Previously, the intention was to include Flair and Bianca in a storyline and have their match on Night 2 of WrestleMania 39. However, now that Flair is the Smackdown champion, the possibility of this happening is lower because WWE will not be planning a Champion vs. Champion match.