WWE Had a Bizarre Plan for The Judgment Day; Edge Against WWE Creative 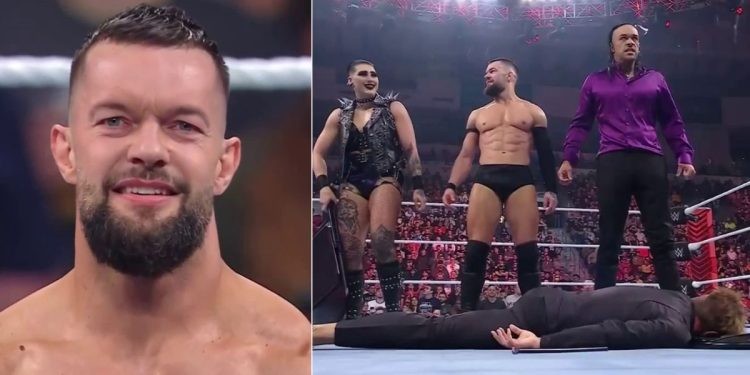 The Judgment Day has been presented as a powerhouse faction in WWE for some weeks now. The Edge-led group has been dominant against former WWE Champion AJ Styles. But new reports reveal that WWE had a bizarre plan for Judgment Day.

The last episode of RAW saw Damian Priest and Rhea Ripley joining hands with Finn Balor as they kicked Edge out of the faction. The decision to shake up the faction comes in the wake of creative dispute post which he was listed as a babyface

According to some reports, WWE had brought the idea of making Judgment day a more ‘supernatural’ stable. WWE Hall of Famer and the creator of the faction, Edge, didn’t like the sound of that idea and was strongly opposed to doing it. The creative disagreement between the two sides saw WWE removing Edge from The Judgment Day.

Edge reportedly wanted the faction to have a psychologically darker tone rather than a mystical or supernatural tone. The new addition of Finn Balor could see WWE taking the supernatural route by using Irishman’s ‘Demon’ persona.

The plan to add the former Universal Champion was presented a week before to the group. This shake-up could indicate Vince McMahon‘s realization that this new faction wasn’t received well in the beginning.

There were several speculations regarding the Rated-R Superstar’s exit from the group, including rumors that Edge may have been injured. Even though he was injured, Edge could have easily taken a more managerial role. But WWE has suddenly found themselves in desperate need of a babyface.

Cody Rhodes‘ exit from TV due to his torn pectoral muscle injury has caused a big void in WWE’s future plans. The American Nightmare was the top babyface on the roster. But WWE has now listed Edge internally as a babyface in the company. Edge’s recent assault saw him taking a ‘conchairto,’ and as of now, it is unclear when Edge would return to action.