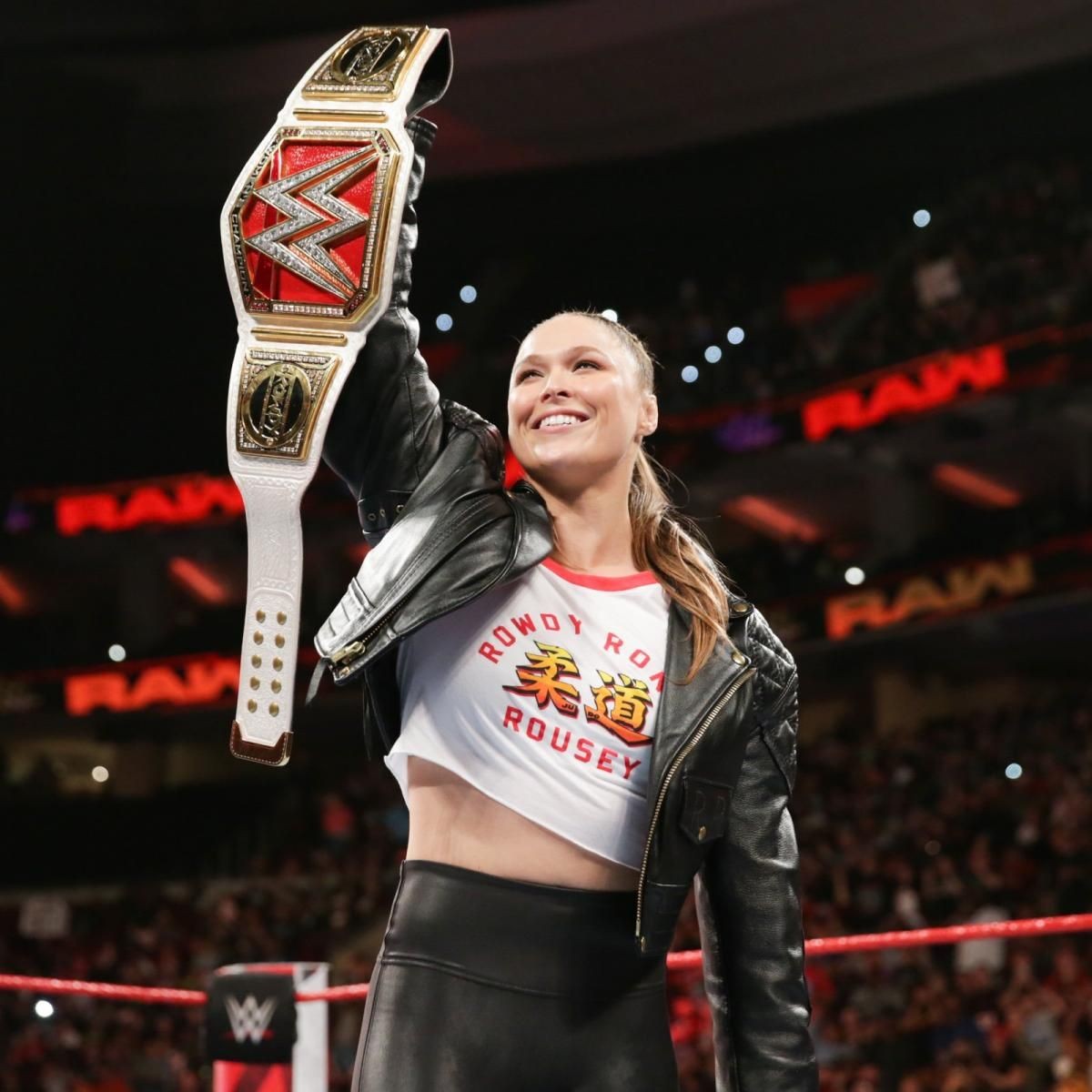 Ronda Rousey has been an invincible force in WWE. The “Baddest Woman on the Planet” has been dominant most of her time in the ring. Despite her dominance, she does have a couple losses, which has proved insignificant with respect to her success in WWE.

“Rowdy” Ronda Rousey made her WWE debut in WrestleMania 34 in 2018 as she teamed up with Kurt Angle to take on Triple H and Stephanie McMahon. She won the match for her team after trapping Stephanie McMahon in an armbar as she tapped out.  She later went on to become the Raw Women’s Champion after defeating Alexa Bliss at Summerslam 2018.

As of now, Rousey has competed in a total of 40 matches (including one Dark Match on Smackdown) in WWE and has lost only 2 times. The first loss came in a Tag Team match against Sasha Banks and Bayley as she teamed up with Natalya in an episode of Monday Night Raw. Even though she wasn’t the one who lost the match for her team, Sasha Banks tapped out Natalya with her signature finisher the Bank Statement.

The second defeat of Ronda Rousey’s came at the grandest stage of them all, WrestleMania 34. Rousey became the one of first three female wrestlers to ever headline a WrestleMania in the Main Event, along with Becky lynch and Charlotte Flair. The match received mixed reviews from the fans and critics as Becky Lynch pinned Ronda Rousey to win both, the Raw and Smackdown Women’s Championships. Even though this was a triple threat match, Rousey was pinned clean. After her WrestleMania match, Rousey took a break from wrestling to focus on her family and personal life.

Rousey has not lost a match since her return at Royal Rumble in 2022 and is scheduled to take on Charlotte Flair for the Smackdown Women’s Championship at WrestleMania this year.