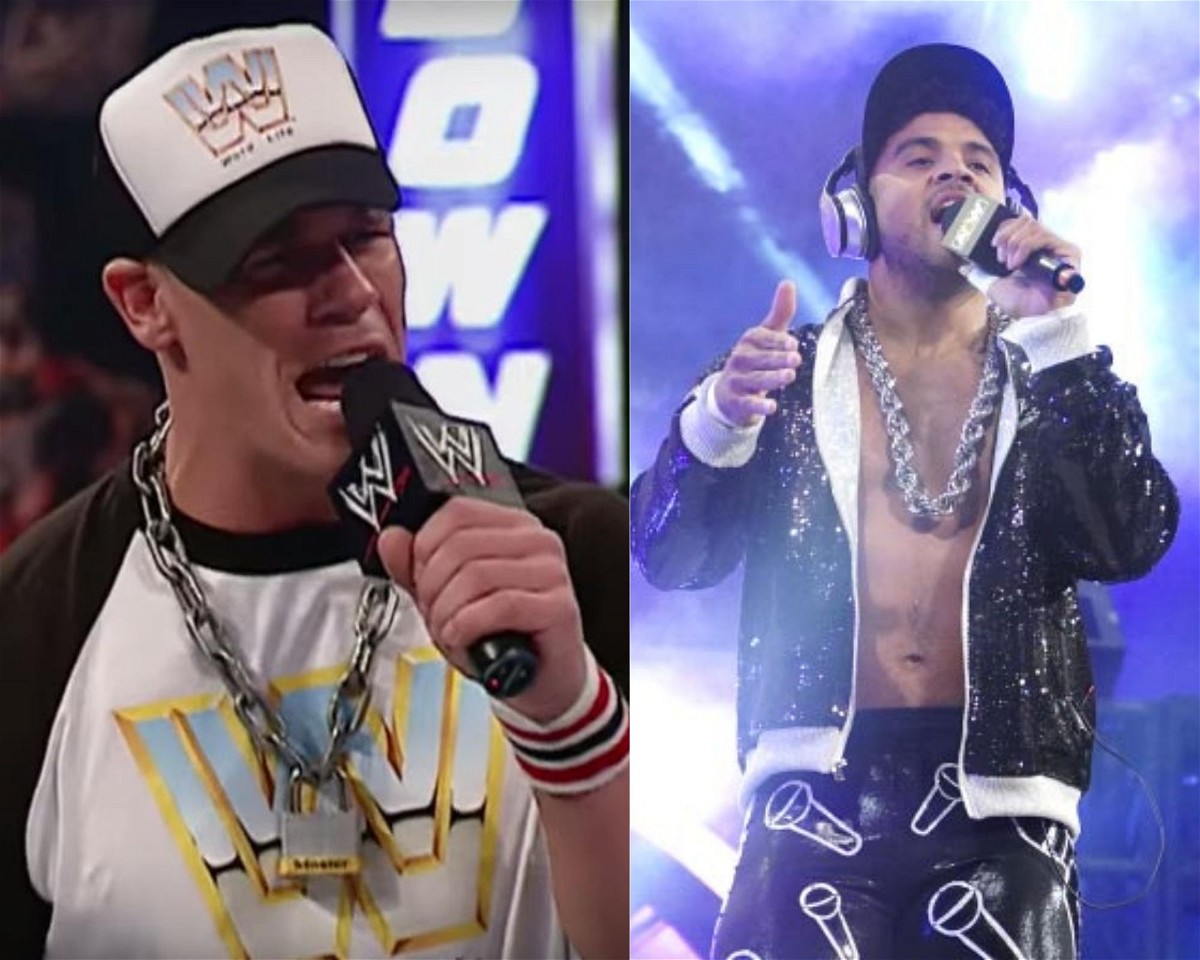 Former 16-time WWE Champion John Cena has showered praise on young AEW superstar Max Caster. Max Caster’s rapper gimmick has been compared to John Cena’s Dr. of Thuganomics schtick back in the Ruthless Aggression Era. The Peacemaker star says he’d lose to Caster if they ever squared off in a rap battle.

John Cena is one of WWE’s biggest superstars in history. He carried WWE for more than a decade and sold out arenas worldwide before becoming a Hollywood megastar. He initially started his WWE career as a rapper and would call himself The Doctor of Thuganomics. John Cena is a former rapper in his own right. He incorporated his rapping skills into his WWE character and was successful with it. Cena also sang his WWE entrance theme songs.

The Leader of the Cenation has praised young AEW star Max Caster, who performs as a part of a tag team called The Acclaimed. Cena views Caster as a very skilled and gifted performer who, he believes, can beat him in a rap battle should they ever go for it. The wrestler-turned-actor added that he knew the AEW star personally. Cena commented that Hip-Hop is constantly evolving and that Caster is portraying a better version of what he tried to do in WWE. He also said that Max caster doesn’t need any advice because of his great work in AEW and sees great potential in the young star.

Platinum Max Caster has responded to the comments made by John Cena. He said that John Cena had a big influence on his career. Caster had modeled his gimmick to the one Cena portrayed earlier in his WWE career. He also said that the WWE legend is one of his favorite wrestlers and the reason Caster started watching wrestling again. Here’s what he had to say about John Cena.

“That’s a great question”, Caster said when asked if he could beat Cena in a rap battle. “John has been very, very nice to me and when he didn’t need to. He reached out and he made that public so I’m allowed to say it now so he reached out and then he said things publicly about me in Forbes and that means a lot to me. So, it’s never been about beating him in a rap battle. It’s about trying to get past the point of people saying I’m a Thuganomics rip-off.”

Max Caster is 32 years old. He hasn’t reached his career peak yet. He still has time to grow into a big star. The AEW fans enjoy Max caster’s performance alongside his tag team partner Anthony Bowens. Praises from John Cena could also mean that the WWE Chairman-CEO Vince McMahon might consider bringing Caster to the promotion soon. We’ll have to wait and see what follows.