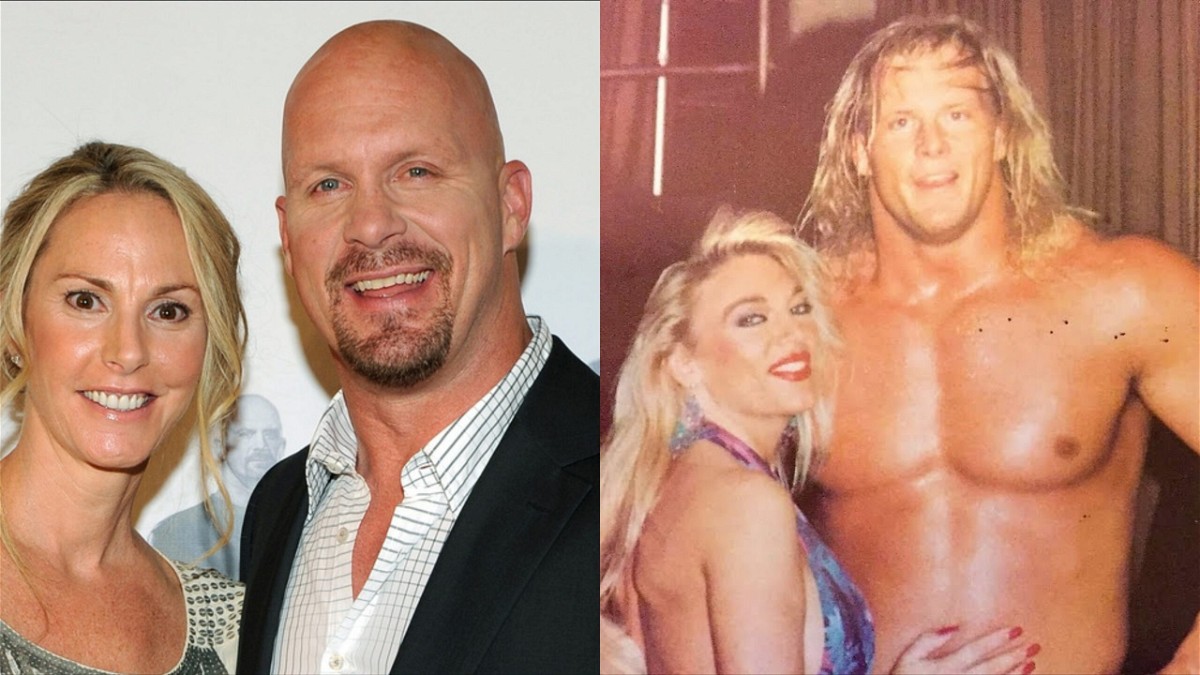 Whenever pro-wrestling fans talk about the ‘Attitude Era’, the first name that pops up is ‘Stone Cold’ Steve Austin. His feud with the chairman Vince McMahon truly turned Monday Night Raw into a must-watch fixture.

Steve Austin will forever be remembered as the beers chugging, middleweight finger waving anti-hero who stood up to the misdeed of the authority. With both Austin and McMahon at the height of their creative prowess, WWE created a character who will forever be judged as the gold standard for a pro-wrestler.

On April 2nd, the music of shattered glasses will once again hit the stereo system of the AT&T stadium and the hometown hero will strut down the ramp and take the mic in the main event of WrestleMania 38, Night 1 to confront Kevin Owens.

For a star of Steve Austin’s magnitude to keep their life private. However, Texas Rattlesnake has managed to stay fairly anonymous since his retirement in 2003.

As for his marital life, the 57-year old has been married 4 times. Steve’s first marriage lasted 2 years. He married Kathryn Burrhus in 1990. But the couple separated in ’92. According to a report, the couple met each other in high school before getting married.

In the same year of his first divorce, Austin got remarried. He married British female wrestler Lady Blossom. The couple had four daughters together named Stephanie, Cassidy, Loren and Jade. They ultimately got divorced in 1999.

Steve had a turbulent relationship with his third wife Debra Marshall. They got married in 2000. But things turned sour as Debra was reportedly assaulted by the Texan. After their failed marriage ended in 2003, Austin finally settled down in 2009 with Kristin Austin and they’re still married to date.

Will Stone Cold make his in-ring return at WrestleMania 38?

Although Austin will return in a few days’ time, it is still unclear whether the WWE Hall of Famer will get into a physical confrontation or not. He retired early because of a long ailing neck injury. Hence, WWE will have to be careful on how they handle Austin’s return.

However, ending the main event of WrestleMania with a talk show segment will leave a bad taste in the mouths of audiences. Hence, the fans may see Austin 3:16 delivering some of his signature moves on Kevin Owens.