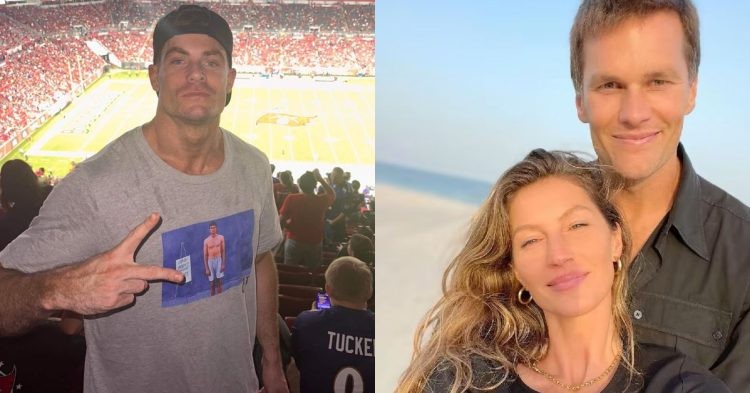 Grayson Waller is a full-blown heel both in-ring and in real. He proved this in the recent tweet he made for Gisele Bündchen who is now Tom Brady’s ex-wife. Grayson has certainly grabbed the limelight with his actions.

Drove all the way to Tampa to see Tom Brady not throw a touchdown. @giseleofficial let me know if you want an upgrade! pic.twitter.com/DYuHrAbI5G

Tom Brady and Gisele Bündchen have announced their divorce pic.twitter.com/VVZzekVIZl

“In recent days my wife and I finalized our divorce from one another after 13 years of marriage,” Brady wrote. “We arrived at this decision amicably and with gratitude for the time we spent together,” “We wish only the best for each other as we pursue whatever new chapters in our lives are yet to be written,”

Early on Friday, the entertainment news website TMZ.com broke the story of the divorce filing by Gisele Bundchen in Florida. Following their agreement on child custody and property division, the couple reportedly reached a filing on Friday, according to TMZ.

Benjamin, 12, and Vivian Lake, 9, are Brady and Bundchen’s children; they were married in 2009. John Edward, Brady’s 15-year-old son with ex-girlfriend Bridget Moynahan, is another child. The estimated combined net worth of the pair is $650 million, with $400 million of that money coming from Bundchen, according to estimates.

Following the conclusion of his divorce from Gisele Bündchen, Tom Brady is now spending quality time with his children. Just hours after the news that he and the model are no longer together broke, the NFL star accompanied son Benjamin, 12, and daughter Vivian, 9, to the movies on Friday night.

In pictures published by the New York Post’s Page Six on Friday, the 45-year-old quarterback could be seen with Benjamin, 12, and Vivian, 9, watching a movie at the CMX CineBistro in Hyde Park, Florida, while sporting a grey sweatshirt, white pants, and a grey baseball cap.

After months of rumors about their relationship, Tom and Gisele formally confirmed on Friday that they were divorcing. After Tom declared his retirement in February only to alter his mind a month later, rumors about the fate of the couple’s 13-year marriage surfaced earlier this year.

The couple apparently fell out over it, with Gisele admitting to Elle magazine in September that she had “certainly had” chats with her husband about giving up football “over and over again.”