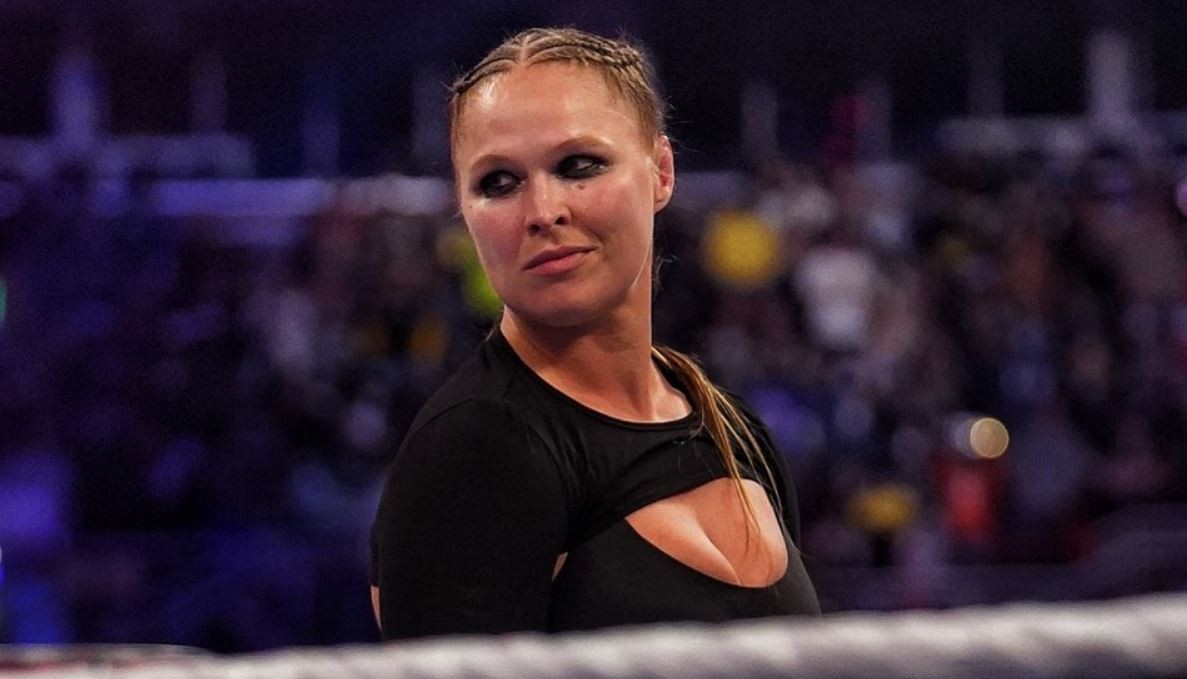 Ronda Rousey is called The Baddest Woman on the Planet for a reason. Her UFC career saw her rise to global stardom and become one of the biggest names in combat sports history; period. She was inducted into the UFC Hall of Fame in 2018, a few months after she made her WWE debut; but her legacy might just be defined by the latter. Here are 3 Reasons why The Rowdy One will leave a better legacy as a Sports Entertainer than a Mixed Martial Artist.

. @MsCharlotteWWE the kind of pain you brag about inflicting on me isn’t even enough for me to eat for breakfast – it’s the pastry I eat with my coffee before breakfast because I don’t want drink my mocha latte on an empty stomach. #AndTheNew #WrestleMania38 pic.twitter.com/ECV8zL55UR

The UFC is watched in 163 countries whenever they go on PPV or have a Fight Night; which is a good number, admittedly, but nowhere near the global reach that WWE has. Vince McMahon’s company airs three weekly TV shows across 175 countries year-round. WWE also holds the highest online viewership figures for any combat sports promotion.

It also has the most-subscribed YouTube channel in the world of sports, with nearly 87 million subscribers. UFC does great business in America and a few select markets, but WWE’s reach is truly international. The Baddest Woman on the Planet will rise from being a legit MMA fighter to a Global Superstar in the vein of “Stone Cold” Steve Austin if she sticks with Vince & Co.

2. Ronda Rousey will be a bigger, more sustainable draw in WWE

The format of the UFC necessitates big gaps between fights; because if you were spending 5 nights a week getting your head caved in, you probably wouldn’t last too long in this world, let alone the ring.

WWE is different, though. Sports Entertainment is physical, to be sure, but it is considerably more forgiving for an athlete’s body than a UFC fight. And besides, Ronda Rousey is already a huge draw for the company.

Her match against Nia Jax from Money in the Bank 2018 has 42 million views on YouTube, and that isn’t even her most-watched video on that platform. She is the only woman to have headlined WWE and UFC PPVs. If The Rowdy One keeps up her appearances on SmackDown, her legacy will help write itself. After all, if there is one thing WWE knows, it’s how to put on a show; and The Baddest Women on the Planet is always game for more.

1. Ronda Rousey will become a Multi-Time World Champion in WWE

There’s a reason Charlotte Flair is comfortable calling her own legacy bigger than Rousey’s (more on that here). The Rowdy One has a long laundry list of accolades in combat sports competitions, MMA and even the Olympics. But when it comes to Sports Entertainment, it’s all about the numbers.

More titles mean more money, more main events and more memorable moments. The Queen herself in a 13x World Champion in WWE, having held The Big One more times than even Hulk Hogan. But Ronda Rousey is already on her way to becoming a company-defining, multi-time world champion herself. Her Raw Women’s Championship reign lasted for 231 days- the second-longest in that title’s history- and she headlined WWE’s only All-Women’s PPV Evolution alongside Nikki Bella (which is also her most-watched WWE video with 79 million views).

If she wins the SmackDown Women’s Championship on Night 1 of WrestleMania 38, she will become a 2-time World Champion in WWE; which is already at par with the number of titles she won as an MMA fighter. And considering the fact that she has stated she’s going to be with the company for a while, we’re pretty sure she’ll cross that milestone soon enough as well.