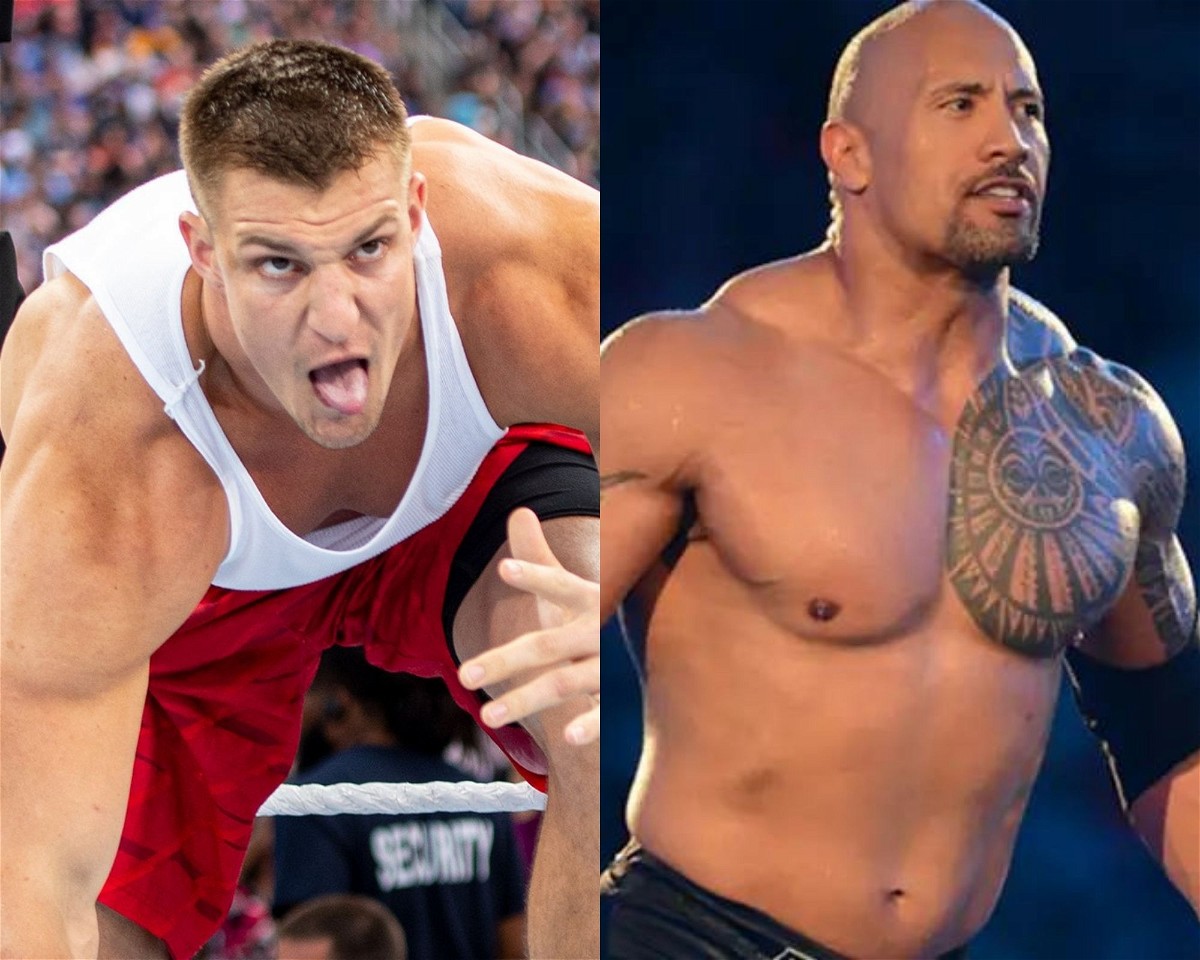 Rob Gronkowski and the Rock.

The WWE Universe has always wanted the match between the Rock and his cousin Roman Reigns. A player from the NFL has expressed his wish to face the Great One. Rob Gronkowski, a former 4-time Super Bowl winner, has confessed his desire to wrestle The Rock in a WWE ring. Gronk is a former WWE 24/7 Champion.

Rob Gronkowski has made a few sporadic appearances in WWE. He first appeared in WrestleMania 33. Gronk’s long-time friend, Mojo Rawley (Former WWE Superstar), was one of the final two competitors in the Andre the Giant Memorial Battle Royal alongside Jinder Mahal.

The Modern-Day Maharaja had insulted the NFL player after throwing a drink at him. Gronk was in the crowd when this happened. Gronkowski got in the ring and tackled Jinder Mahal to his friend’s aid. Mojo Rawley and Gronkowski celebrated in the ring after the former won the battle royal.

Gronkowski made another appearance as the Host of WrestleMania 36 during the pandemic. He has been part of some entertaining segments but hasn’t wrestled in a match yet. He has a fantasy of challenging The Rock in a WWE match.

Gronk wants to fight The Rock

Gronkowski appeared in an interview with TMZ in a video posted on YouTube. Gronkowski was asked about whom he wanted to face in a wrestling match. TMZ even asked him about the possibility of him being in a tag match or wrestling against any other celebrity who had been appearing on WWE television. Gronk replied that he’d preferably compete in a tag team match first to gain some experience in the ring. But if he had to choose an opponent for a singles match, it’d be The Rock. He said he would even consider teaming up with The Rock in a tag team match.

Gronk joked about bringing back the D-Generation X and one of his favorites, former WWE superstar Val Venis. The former Buccaneers and Patriots tight end is a fan of the Attitude Era WWE and thinks The Rock would make the perfect opponent for him. What do you think about this match-up?