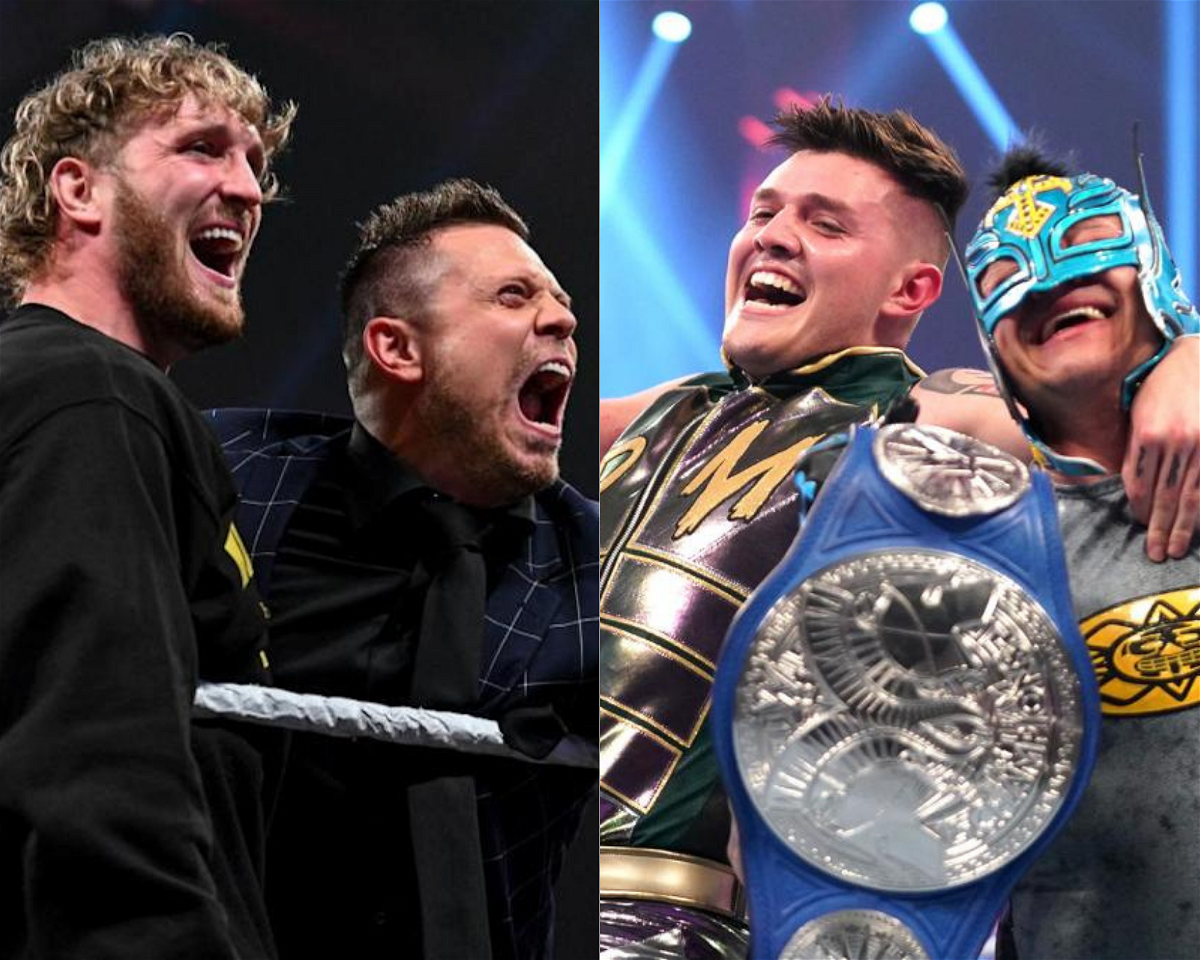 WWE loves celebrity involvement whenever ‘Mania Season comes around. For WrestleMania 38, they’ve bagged not one, but two! Night 2 will see Sami Zayn take on “Jackass Forever” star Johnny Knoxville in an Anything Goes Match. But Night 1 will probably steal the show in that aspect, as Logan Paul teams up with The Miz to take on Rey Mysterio & his son Dominik. How will The Maverick fair in his in-ring debut for WWE? Here are 5 Possible Outcomes to the match.

Going from a completely technical standpoint, The Mysterios should have no problems winning this match-up. Rey Mysterio is one of the greatest luchadors in pro-wrestling history, and his son isn’t far behind him. While The Miz is a great worker in his own right, Logan’s inexperience might just cost his team the match. The Maverick also needs to clean up his ring work because that Skull Crushing Finale was a travesty.

4. Logan Paul & The Miz pull off an upset victory

On the flip side, Logan Paul & The Miz can pull off the biggest upset celebrity victory since Snookie at ‘Mania 27. The Maverick doesn’t have a background in combat sports, having wrestled in the NCAA during his youth.

He has also traded blows with another WrestleMania alum- Floyd Mayweather– in the Biggest Exhibition Match of his boxing career. I wouldn’t put it past Vince to book Paul & Miz to win the match in dramatic fashion; which will, hopefully, finally lead to Dominik turning heel on his dad. Or at least beginning to. Speaking of which…

3. The Mysterios Lie, Cheat & Steal the Victory from Logan Paul & The Miz

Viva La Raza! Eddie Guerrero lives on in our memories as one of the most beloved WWE superstars of all-time. Rey Mysterio & Dominik themselves have a very close and personal relationship with Eddie, and have shown in the past that they’re not above Lying, Cheating & Stealing the Big W.

Dominik even busts out an Eddie tribute whenever he goes to hit a Frog Splash. The father-son duo might pull off a Latino Heat at WrestleMania 38 and eek out the win with some cheeky antics. Or, they might get a little help from their good friend…

This one is a bit of a stretch, yes, but hear us out. Bad Bunny is the best celebrity wrestler of all-time. His match at WrestleMania 37 ruled way harder than it should have. He busted out a Canadian Destroyer, for Pete’s Sake! Guess who that match was against? That’s right; The Miz & John Morrison.

Bunny & Rey have massive respect for each other, and the storyline for a Bad Bunny run-in writes itself so perfectly that I’d be disappointed if it didn’t happen. Plus, Logan Paul squaring up with the Latino Superstar? Now THAT will be a timeless WrestleMania Moment (click here to discover more such moments).

1. Jake Paul Assists Logan Paul & The Miz with a TKO

I know that the WWE Universe really doesn’t like Logan Paul. But do you know who they will absolutely hate? His brother Jake Paul. While there are no plans for Jake to sign with WWE, can you imagine the heel heat The Paul Brothers will draw if they teamed up to take out everyone in the match?

Logan Paul has said he’s interested in forming a tag-team with his brother in the past. While The Miz has been calling Logan his bestie in the build-up to ‘Mania, it’s evident that the feeling is kinda one-sided. If The Maverick does end up signing with WWE full-time (more on that here), then he will instantly become one of the top heels in the company; especially if he has Jake by his side.