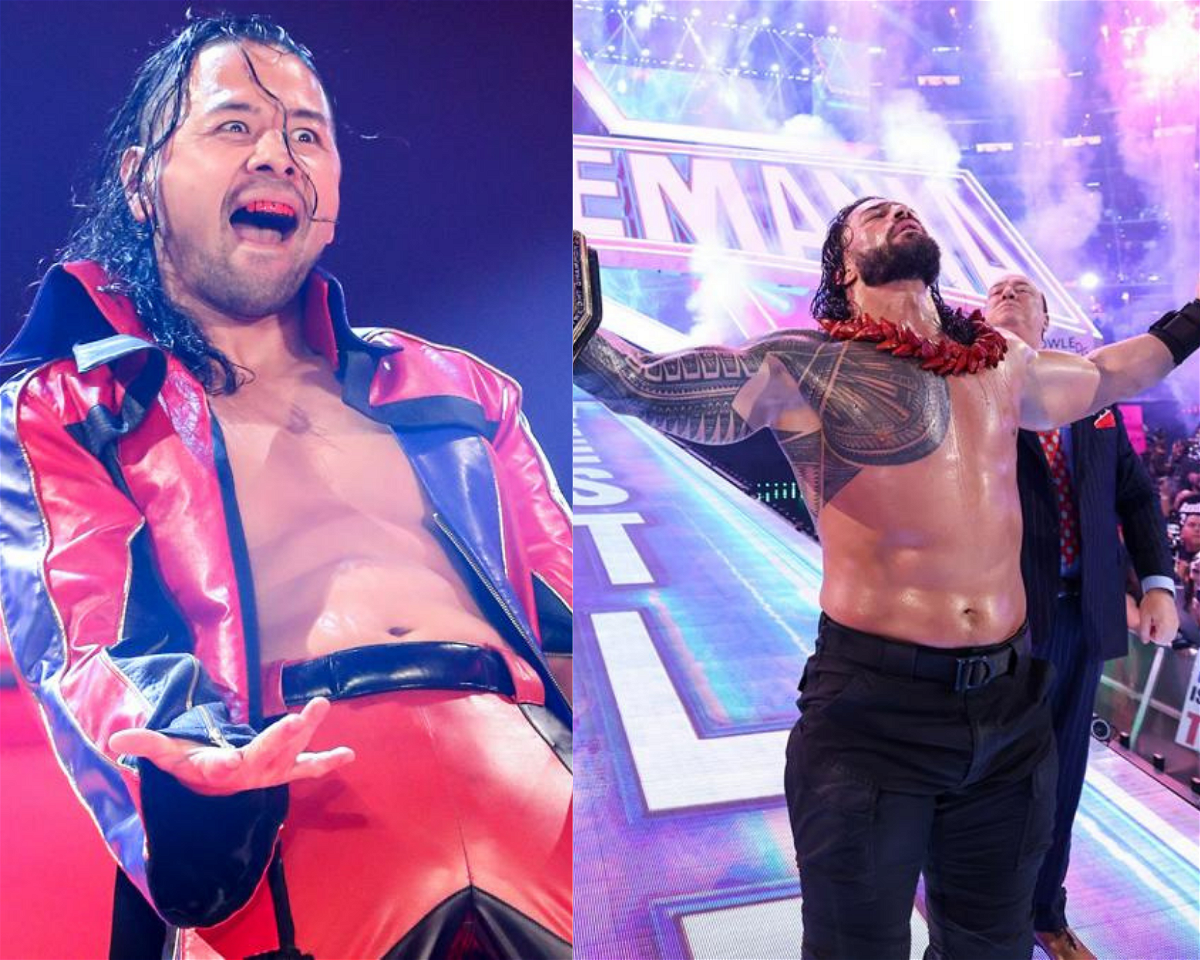 Roman Reigns created history at WrestleMania 38 by becoming the first person to unify the WWE & Universal Championships. He smashed Brock Lesnar like he said he would, and stretched out his celebration over both Raw & SmackDown. But it was on the latter show that WWE made a fatal mistake; they revealed Shinsuke Nakamura as The Tribal Cheif’s new challenger. Here are 5 reasons why.

5. Roman Reigns vs Shinsuke Namakura suffers from a lack of Rick Boogs

While we give WWE props for incorporating Rick Boogs’ injury from WrestleMania 38 Night 1 into the storyline, therein lies the problem. Shinsuke Nakamura by himself is not exciting.

Pat McAfee‘s deflated reaction to his entrance is evidence of that. Rick Boogs has become an integral part of Nakamura’s presentation, finally giving him the mouthpiece he needed for so long. Not only that, their pairing is one of the best parts about SmackDown. Nakamura was languishing before Boogs came along, and we’re not sure that he will fare much better this time around.

4. Roman Reigns vs Shinsuke Namakura was better at Royal Rumble 2018

Remember this? Back in 2018, The King of Strong Style was the best thing going, and WWE actually capitalized on the hype. They booked Shinsuke to win the Royal Rumble and had Roman Reigns come out at no. 30 just to get all the crowd’s heat on him. They had a belter of a match as the final two, before Shinsuke knocked Reigns off the apron and won the entire thing.

Sadly, that was probably the only match they should have had, because this feud has none of the spark that those 10 minutes had. Nakamura has had an objective stale run with the WWE, and while the eventual match at WrestleMania Backlash should be good, we’re just not that bothered about it. Speaking of which…

It is baffling to think that Shinsuke Nakamura, one of the foundational names of New Japan Pro Wrestling, is a bland presence on the WWE main roster. It is not at all his fault, mind you. WWE has been messing with his booking since he turned heel at WrestleMania 34. His program with AJ Styles was more than underwhelming, and every title reign he’s had since has been plagued by a severe lack of TV time.

To give you context, Shinsuke Nakamura reigned as Intercontinental Champion from August 2021 to February 2022 and had only 2 title defenses. 2! WWE don’t know what to do with the former 3x IWGP World Heavyweight Champion, the youngest world champion in New Japan history, a man with so much charisma he doesn’t even need to talk to get over; and it is a massive problem.

2. Shinsuke Namakura isn’t even close to the level of Brock Lesnar, whom Roman Reigns just beat

This one stings, especially when you take their accomplishments outside of WWE into account. But within the context of WWE, it is true; Shinsuke Nakamura is just not the right choice to face Roman Reigns at this point in his title run. The Tribal Chief has put down WWE Hall of Famers Goldberg & Edge.

He has defeated both Brock Lesnar & John Cena who were the biggest stars from the Ruthless Aggression Era, and even Kevin Owens, who was probably his “lowest ranked” fight, just main evented against “Stone Cold” Steve Austin.

In comparison to that laundry list of superstars that Roman Reigns has smashed and stacked, Nakamura feels inconsequential. WWE should have just moved Drew McIntyre into the title picture after announcing all those house show dates with Drew vs Roman as the main attraction. Or, they could have just done what everyone wants them to do, because…

1. Roman Reigns vs Cody Rhodes is the obvious big-money match

We get that WWE wants to stretch this one out, but they should have started planting the seeds already. Ever since he returned to the WWE, Cody Rhodes has been the biggest thing in professional wrestling. He cut a fantastic promo to open this week’s Raw, where he spoke about how he wanted to win The Big One for his family, and that he was going to do it for the fans and for himself.

Roman Reigns vs Cody Rhodes. The Anoa’i Family vs The Rhodes Family. There is wrestling heritage all over this rivalry, and WWE can make some serious bank if they lean into the fact that yes, this is the biggest match in the history of wrestling royalty.

Instead, they’re going with the “I get what it’s like to lose a partner, here’s a superkick for your troubles” route which is, you know, interesting. But not what’s Best for Business, that much is a guarantee.