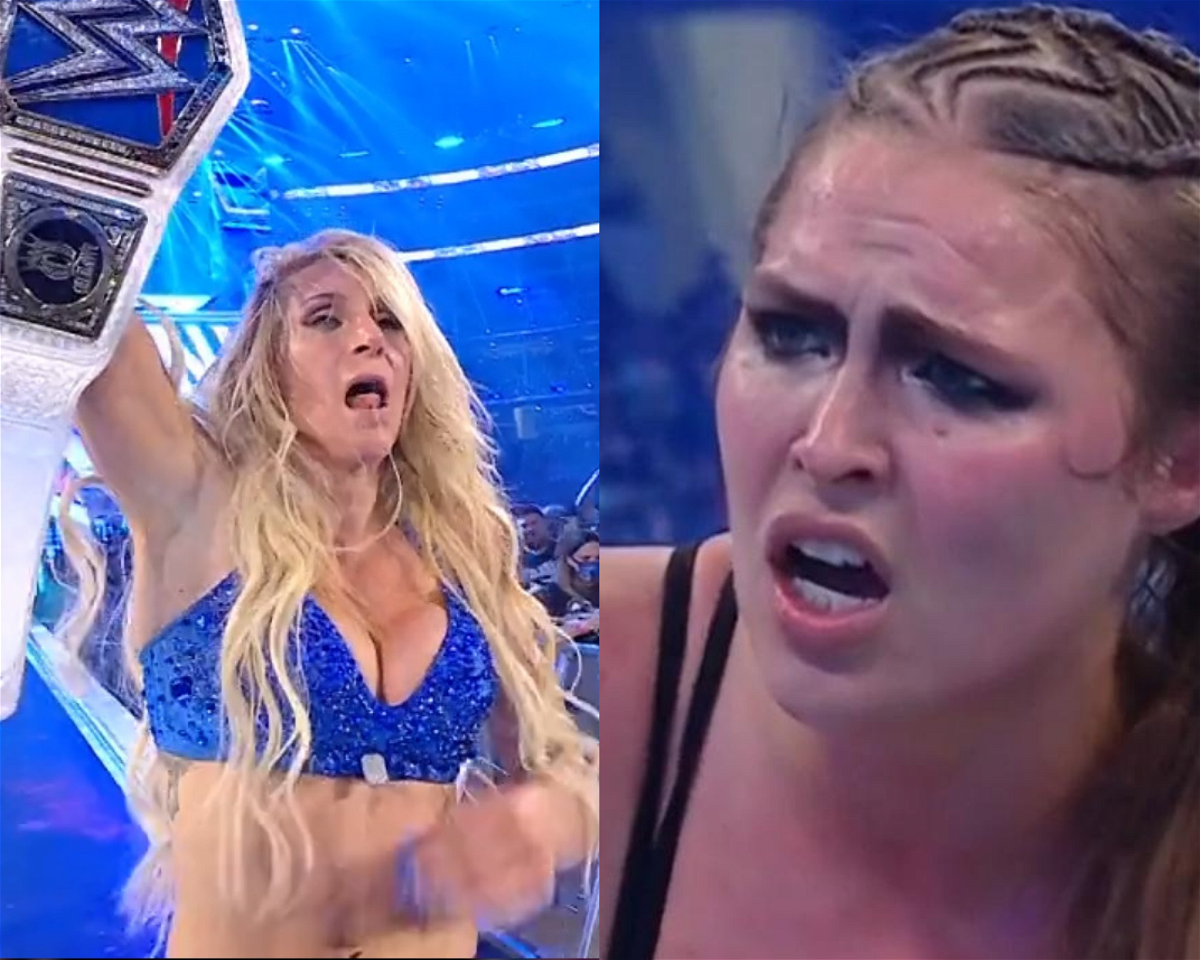 Charlotte Flair shocked the world by beating Ronda Rousey at Night 1 of WrestleMania 38. The Queen defeated The Rowdy One is one of the strongest matches on the card. And while this is living proof that Charlotte’s Legacy is bigger than Rousey’s (more on that here), this decision might just spell disaster for WWE. Here are 5 reasons why.

5. Ronda Rousey is The Greatest Female Athlete of All Time & WWE didn’t capitalize on it

What’s the point of having an Olympic Bronze Medalist, a multi-time Judo Champion, and one of the meanest fighters in MMA & UFC history if you’re not going to treat her like a star?

WWE played up Ronda’s achievements a lot in the build to this match; to the point that the WrestleMania video package included footage of her 1074-day reign as UFC Women’s Bantamweight Champion. She was the clear favorite heading into the match, and by not capitalizing on the hype around her, WWE has failed to create a new face for the company yet again; which is a big problem with their current roster.

4. Ronda Rousey is a bigger draw as a champion

While the argument can be made that The Rowdy One lost her charm after winning the title in 2018, we’d like to disagree. That heel turn was necessary for her character. Ronda instantly became more interesting with a chip on her shoulder. She is a legitimate badass who might fumble her words on the stick but will batter you until you submit.

That was the entire selling point of the latter half of her first run. There’s a reason Rousey was the Champ both Becky Lynch & Charlotte Flair were gunning for in the lead up to their historic main event at WrestleMania 35. Ronda is a certified draw. By not putting the title on her and depriving her of a manager, WWE is ironically doing what’s not Best for Business.

It just feels like The Queen’s victory is yet another attempt to sabotage Becky Lynch. It’s common knowledge that WWE dropped the ball at Royal Rumble 2022, having Ronda win the Women’s Rumble; and then pick Charlotte as  her opponent. The reason is simple; everyone and their mothers wanted to see Ronda Rousey face off against Becky Lynch in a one-on-one match at WrestleMania 38.

It would’ve been the highest-drawing Women’s Match in WWE history. Instead, The Queen went over yet another rising star; just like WrestleMania 34, where she beat the undefeated Asuka. This was the wrong match from the beginning; the result just made things worse.

On one hand, it is important to build up your champions as Goliaths in a world filled with Davids. On the other hand, there’s Charlotte Flair’s plot armor, which is securely cocooned by WWE’s flawed booking strategy. The Queen is one of the best Women’s Wrestlers on the Planet, there is no doubt about that. However, her chokehold on WWE’s World Title scene was a concern last year; this year, it is a full blown red alert.

And the fact that the semi-main event of WrestleMania 38 Night 1 ended with a ref bump highlights WWE’s primary mistake: prolonging stale feuds with dodgy finishes instead of developing the story. We’re sure that Ronda will face Charlotte again soon enough; WrestleMania Backlash is in May, after all. But this feud might just last well into the year, which is something no one is looking forward to. The same can be said about a lot of WWE’s recent programming.

Becky Lynch gave a rather spicy interview to Ariel Helwani in the lead up to WrestleMania 38, where she staked her claim to having the “true” main event of the card. And after everything that transpired, we agree with her; and that’s bad for both WWE & The Rowdy One. Big Time Becks did not mince her words when discussing this topic (click here to find out more).

The Raw Women’s Champion might have used her character as a vessel for voicing her own opinions, but they happen to align with the WWE Universe’s expectations. Becky & Bianca had the better story and after last night, the better match as well.

If WWE continues investing its resources towards superstars who are not being able to connect with the WWE Universe, they’re going to back themselves into a WCW-shaped corner. Vince McMahon needs to clear up his booking strategy if he wants his company to keep succeeding; and he needs to do it quick.