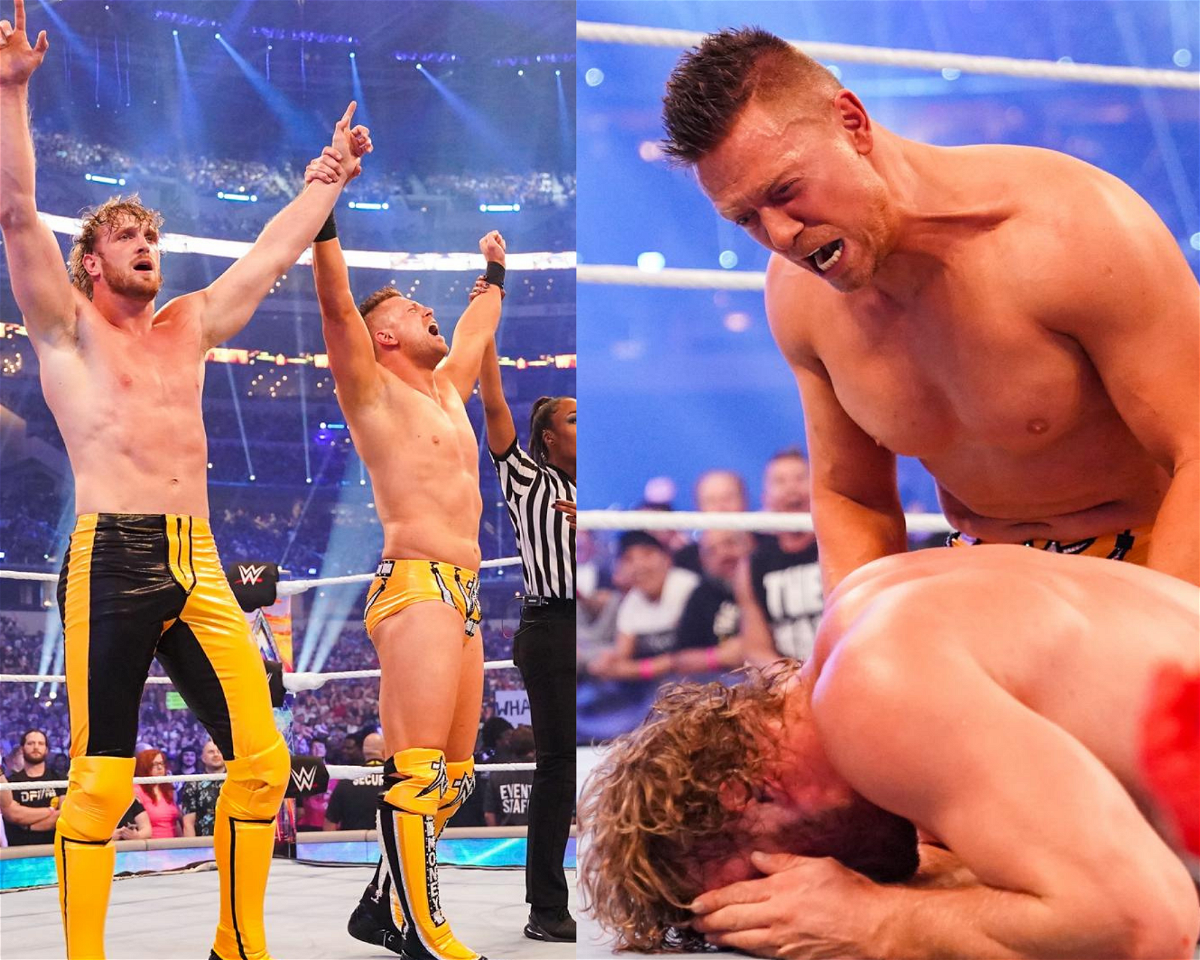 Logan Paul was the best-kept secret of WrestleMania 38 weekend; the worst one being the return of Cody Rhodes. The Maverick wowed everyone in attendance at the AT&T Stadium and his performance was one of the best moments from Night 1. But the revels didn’t last long for him, because he was shockingly attacked by The Miz right after. Why did this happen? Here are 5 Reasons.

THE MIZ AND MARK LONG AT #WRESTLEMANIA!!!! @challengemtv fans rejoice ALL OVER pic.twitter.com/n0sbrTkmTF

5. It’s consistent with Miz’s character to turn on Logan Paul

The Miz has been in WWE for nearly 2 decades and in that time he has gone from insufferable to incredible. As the A-Lister, Miz has crafted this persona of opportunism and unparalleled arrogance that makes him one of the most-underrated superstars in WWE history.

The Miz is no stranger to turning on his partners; just ask R-Truth & John Morrison. The A-Lister will step on all the toes that he needs to, in order to stay relevant in WWE. Whenever he feels like his supporting act isn’t working out for him, he will shed the dead weight without hesitation. So it’s really no surprise that The Miz turned on Logan Paul; it’s just what he does best.

4. Miz wanted payback for carrying this whole feud on his back in the absence of Logan Paul

The Miz has been feuding with The Mysterios for a long, long time now. And while he was outnumbered in the beginning, he decided to call for back-up after losing to Rey Mysterio at Elimination Chamber 2022. While Logan Paul has certainly appeared a lot more on WWE programming recently than he was a year ago, it might not have been enough for the A-Lister.

In the absence of The Maverick, Miz worked the feud by himself, stealing Rey’s mask on an episode of Raw and giving it to the greatest Luchador in WWE history; Lucha Logan. Miz has also been promoting the match every opportunity he gets, while Logan has just been riding on his coat-tails. It’s possible that the veteran wanted to show the rookie how business is handled.

3. The Miz knew he didn’t have a ‘Mania moment planned so he stole Logan’s

After being a part of one of the worst WrestleMania main events in modern history, The Miz knows that WrestleMania moments don’t come by easily. They have to be earned, and he sure spent decades perfecting his crafting to earn his spot on the card.

Logan Paul is just a YouTube celebrity who a few boxing matches under his belt and no wins to his name; and he still upstaged the A-Lister with his phenomenal performance at WrestleMania 38.

In his 2 years with WWE, The Maverick has a better ‘Mania moment record than Miz’s entire career. So it’s possible that he stole this moment from Logan to create his own; and give him one as well in a way. Though whether he appreciates it or not is a different story.

2. The Miz felt jealous of the ovation Logan Paul received at WrestleMania 38

One thing that is for certain in all this speculation, is that The Miz was clearly jealous of Logan Paul, even before they headed into WrestleMania 38. He called Logan his best friend in every interview he was doing, all over social media, and all he received was self-centered “appreciation” from him. Miz trained Paul personally in the lead-up to their match.

Despite being a complete rookie to Sports Entertainment, Logan proved himself to be a natural in the ring. Why shouldn’t Miz get jealous? His entire shtick is that he is the Most Must-See Attraction of the WWE. He is the A-Lister and the Hollywood star of the company, not Logan. So, he did what he had to do to remind the WWE Universe of that fact.

In the lead-up to SummerSlam 2021, Logan Paul appeared on a Miz TV segment where the A-Lister listed off his accomplishments. And then Miz asked Logan which round his brother was going to get dropped in, ahead of Jake Paul’s fight with Tyrone Woodley. Logan got up in Miz’s face back then and though nothing major happened, it looks like the A-Lister hasn’t forgotten that slight.

THE MIZ WITH A SKULL CRUSHING FINALE TO LOGAN PAUL!!!! #WrestleMania pic.twitter.com/ZlrMBSyS3u

The Miz has felt like a sinister mastermind since the beginning of this storyline, always pushing Paul’s buttons while staying within his bounds as Logan’s “Best Friend”. Maybe it was all a work to build up to this moment. Reports suggest that Logan Paul is going to sign full-time with WWE; if that’s true, having The Miz be his first feud is just perfect. He can switch between face-heel dynamics at the drop of a hat, and will probably be the first step for Logan Paul in his journey to WWE Superstardom.