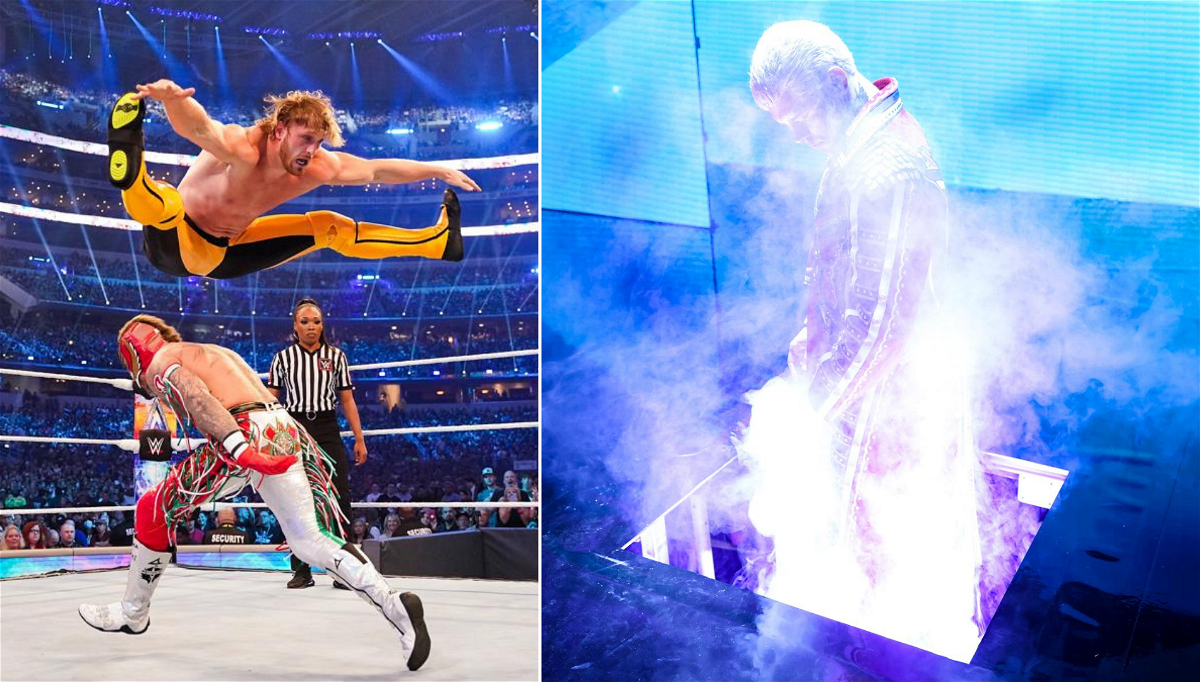 5 Things That Worked at WrestleMania 38

Logan Paul and Miz faced the Mysterios in a tag team match. From making his entrance wearing a Pokemon card around his neck to putting on a great match against one of the greatest luchadors in the world is highly impressive. Logan Paul knew all the ins and outs of pro wrestling. The man is a perfect heel, a flawless in-ring performance, Logan Paul has a bright future in WWE.

WrestleMania is all about grand entrances and this year we saw nothing short of awesome entrances. Two of the best entrances of the night have to be Becky Lynch and Bianca Belair. Becky’s entrance was cool and proved to be Big Time with a Marvel-like entrance video and arrived in a Luxury SUV just like Tony Stark.

On the other hand, Bianca had the entire Dallas Band perform during her entrance. It was truly a WrestleMania worthy entrance.

Bianca Belair is the EST of WrestleMania

Becky Lynch put her title on the line against Bianca Belair. This was one of the best matches of the night. Both the women gave their absolute best. It started with reversing finishers, then became a braw and some amazing back and forth. Overall this was a perfect pro-wrestling match.

At one point, Bianca had given everything she had and decided to even use the Dis-arm-her. After that failed, as a last-ditch effort, Bianca hit the KOD perfectly and that get her the win. Bianca is the only woman to have an undefeated streak at WrestleMania.

The American Nightmare, Cody Rhodes is back

Seth Rollins had been longing for a match at WrestleMania. He finally got it, but his opponent was not revealed until WrestleMania. Rollins was waiting for his opponent, we heard the phrase “Wrestling has more than 1 royal family”. The crowd went nuts and from under the ring, out came the American Nightmare, Cody Rhodes.

Cody and Rollins put on the match of the night. Rhodes paid tribute to his father with rolling fist punches and the Bionic Elbow.

It was a Finisher-fest and finally, Cody hit the Cross-Rhodes for the win.

This was an epic Night 1 of WrestleMania. Hoping to see more epic moments in Night 2.

What are your favorite moments from night 1 of WrestleMania 38?