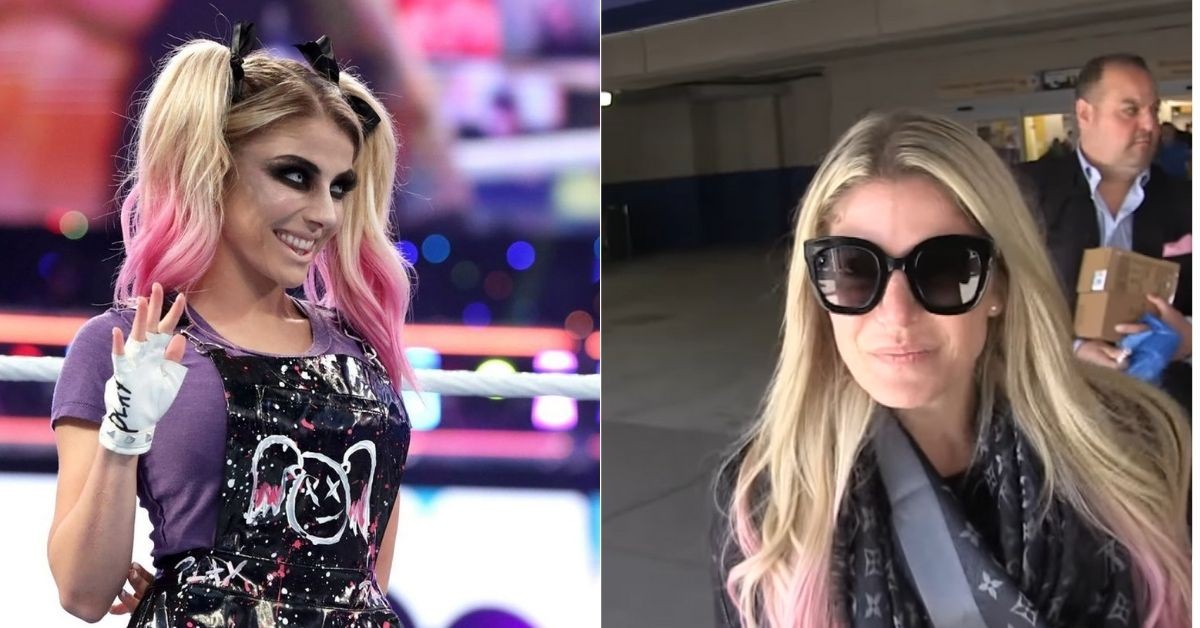 Alexa Bliss provided an update regarding her return to WWE in an interview with Adam’s Apple YouTube channel. The 5-time Women’s Champion has been out of action since late 2021 due to a sinus infection. She recently got married to singer Ryan Cabrera earlier this month.

Ryan Cabrera and Alexa Bliss Are Married! Inside Their ‘Non-Traditional’ Rockstar-Themed Wedding https://t.co/X55mBf7sKn

Reasons for the absence of Alexa Bliss

Alexa Bliss took a break from WWE in September 2021. She was out due to a sinus infection, for which she went through surgery. The Goddess went on a hiatus after her loss to Charlotte Flair at Extreme Rules 2021. She made a brief return to Elimination Chamber earlier this year. But she wrestled only two matches in the last eight months.

Alexa Bliss got married this April to singer Ryan Cabrera. The couple had been dating since 2020 and decided to tie the knot this year. Their wedding took place in Palm Beach, California. Many former and current WWE superstars attended her wedding.

Update on the Goddess’s return

Adam Glyn from Adam’s Apple YouTube channel caught hold of Little Miss Bliss outside an airport for a brief interview. He congratulated Bliss’s wedding and asked about Bliss’s potential WWE return. She said she’ll return when WWE gives her the green light, confirming that she is perfectly healthy. This is what the 5-time Women’s Champion had to say.

“Hopefully soon. I’m just waiting for the call. Yeah (I’m 100% healed). I’ve been ready to go since before Saudi Arabia”. She was asked about her relationship with Vince McMahon. She said, “Vince is amazing, he’s incredible. He’s super approachable. He has a big presence, it’s always a bit nerve-racking talking to Vince, but he’s great.”

Alexa Bliss was not a part of this year’s WrestleMania. There was a planned segment for Alexa’s Playground at the ‘Mania, but WWE scrapped it.

Fightful Select reported that there were plans for her to get involved between Bianca Belair and Becky Lynch‘s feud, but it did not come to fruition. Fans have been waiting for the return of Alexa Bliss. With Asuka’s return to Raw last Monday, it may be just a matter of time before Bliss returns to TV.