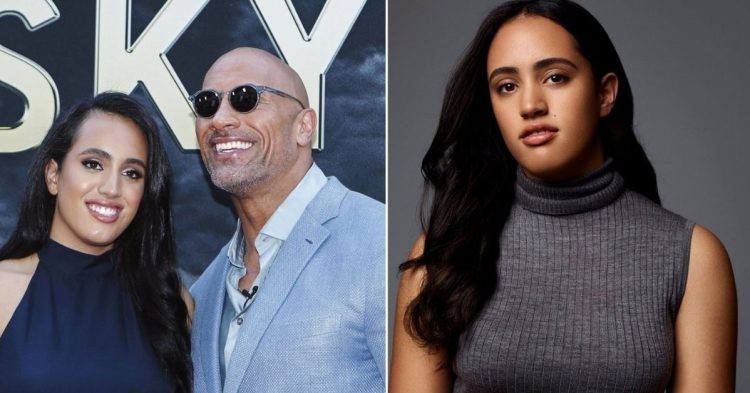 Dwyane “The Rock” Johnson‘s daughter, Simone Johnson, is following in her father’s footsteps as a WWE superstar. She is the youngest person ever to be signed by WWE. She joined the company in 2020 and has been training regularly at the Performance Center.

For the little girl who fell in love with wrestling & was determined to make this dream a reality – this is for you. I’m beyond thankful for this opportunity & ready to get after it.

Let’s do this. @WWE @WWENXT pic.twitter.com/5lSKbWnHf7

Simone Johnson will be the first-ever fourth-generation WWE superstar when she makes her debut. Let us take a look at a few things fans may not know about her.

The life and career of Simone Johnson

Simone Johnson is the eldest daughter of The Rock. Before signing for WWE, she was a model. Johnson signed with IMG Models in 2017, an agency that represents most of the highest-paying models in the world. Johnson is an outspoken individual and even served as the first Golden Globe ambassador in 2018.

Quite the moment for @TheRock as he introduces his daughter, and the very first #GoldenGlobes Ambassador, @SimoneGJohnson. pic.twitter.com/V3QO7LMT2B

She has never been afraid of shedding light on various issues, like gun violence, on Instagram, where she has over 400,000 followers. Simone is also a well-educated individual. She attended New York University after her graduation in 2019. She is now set to make her WWE debut with a new ring name.

Simone Johnson has changed all her social media names to her new ring name, ‘Ava Raine.’ Her debut was expected way back in 2020. But it had to be delayed due to her third knee surgery and required further rehabilitation. She is often talked about as a great acquisition for WWE.

Johnson was quickly met with criticism with regard to her new moniker. There were some who believed that her ring name should represent her father and her family’s wrestling heritage. She responded to those comments on Twitter by stating that she wanted to be treated as a separate individual.

Johnson will feel the pressure of being the first-ever fourth-generation superstar, and also because her father is a 10-time WWE Champion. People will expect her to deliver just like The Rock. It is only a matter of time before she debuts on NXT.

What are you thoughts on Simone Johnson’s new ring name? Drop your comments below.