by Jayakrishna Dasappan
in WWE
1 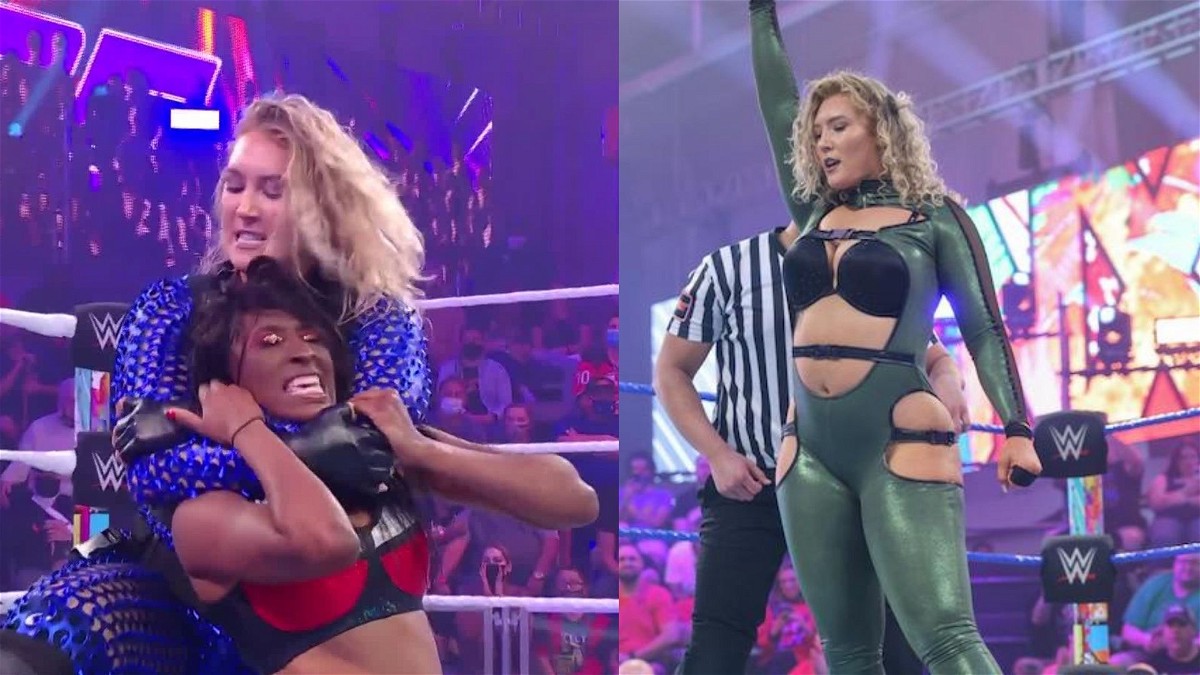 This week on NXT 2.0 we saw finally the debut of Nikkita Lyons. After some time in 205Live, Nikkita was hyped for weeks about her NXT 2.0 debut. Multiple promo packages were building up her arrival. She has made it to the NXT 2.0 within a month from the first promo package. Maybe Veer Mahaan could ask her some advice. Lyons had an impressive debut. That match was all we needed to see how good she is. But who is Lyons?

Who is Nikkita Lyons?

Nikkita Lyons was born to be a professional wrestler. Her real name is Faith Jefferies. She is only 22 years of age. Born on August 5th, 1999 in Las Vegas, Nevada, Lyons grew up in Hollywood, California. At the age of 5, she began her training in Taekwondo. In just 3 years she earned her black belt.

Being brought up in Hollywood, Nikkita has also had a taste of the music industry. She is an urban pop recording artist, a songwriter and a professional dancer. Lyons has produced and performed a few songs in her career. You can find her work in Spotify and Apple Music.

Under her real name, Faith J, she has been part of a reality TV show called, One Mo’ Chance. It is a virtual dating series where three men compete with each other in a series of competitions and the winner gets to date Faith.

Faith is one of the top 10 finalists on the hit show ‘American Stars‘ for singing, dancing and also mixed martial arts.

Before signing with WWE, Nikkita wrestled in the Women of Wrestling (WOW) promotion. Lyons was part of the WOW Superheroes roster. She performed under the ring name, Faith ‘The Lioness‘. Faith was one of the anti-bullying advocates.

Despite her Taekwondo background, she needed to perfect the art of pro-wrestling. So, The Lioness began training in 2018. She was trained by one of the pioneers of Women’s Wrestling, Selina Majors, more popularly known as Bambi.

Is Nikkita the ‘Next Big Thing’?

Usually, for any debut that has been hyped, the debuting star is bound to squash their opponent just to show off their dominance. Another reason for a quick squash is also to protect the star as they may still be too green. But not the Lioness. She wrestled a full-match.. Just the fact that she was given the time to wrestle a full match shows how much confidence WWE have on her. In my opinion, she had the best ‘Roundhouse kick‘ I have ever seen. It was without a doubt, far better than Kofi Kingston.

Her promo skills may need some work but she is a fantastic wrestler and I will not be shocked if she wins the NXT Women’s Title in the next few months.

Were you impressed by Nikkita’s debut? Let us know.