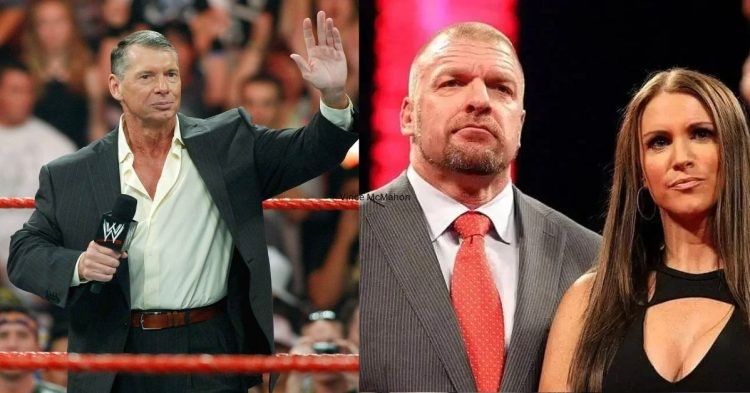 WWE announced on Friday that former CEO and founder Vince McMahon has returned to the company and joined the board of directors. WWE has released a new statement regarding Vince McMahon’s return to the Board of Directors, which involves the reinstating of former WWE Co-Presidents George Barrios and Michelle Wilson.

Vince McMahon returns to WWE board of directors https://t.co/q9AGGWa7YP pic.twitter.com/divurnjmlm

Mr. McMahon informed the company on Thursday that he is re-electing himself as well as two previous co-presidents and directors, Michelle Wilson and George Barrios, to the board of directors, confirming an earlier Wall Street Journal article. Mr. McMahon had previously been denied reinstatement by the board.

WWE Co-CEO Stephanie McMahon, Co-CEO Nick Khan, and Chief Content Officer Triple H released a joint statement today in a press release. “Today, we announce that the founder of WWE, Vince McMahon, will be returning to the Board,” the trio said. “We also welcome back Michelle Wilson and George Barrios to our Board of Directors. Together, we look forward to exploring all strategic alternatives to maximize shareholder value.”

According to sources familiar with the situation, Mr. McMahon, 77, submitted a letter to WWE’s board in late December explaining his wish to return to the promotion he led for 40 years to assist oversee a strategic review process.

What did Triple H say about Vince McMahon’s return?

WWE has issued a press statement regarding Vince McMahon’s return to the Board of Directors, as well as the return of WWE Co-Presidents George Barrios and Michelle Wilson.

All it took was 6 days into the New Year, and WWE has potentially already been destroyed.

Vince McMahon is officially back on the Board of Directors and if you don’t think he is making ALL day to day decisions, you’re out of your fucking mind.

This is a nightmare

WWE stated in a press statement issued today, “In connection with the change in the composition of the Board of Directors and in cooperation with Vince McMahon as majority shareholder, the Company intends to undertake a review of its strategic alternatives with the goal being to maximize value for all WWE shareholders. There is no assurance that this process will result in a transaction.”

Although there is no information on what the backstage reaction is, many believe Vince will not work with the existing management team and will instead delegate authority to Triple H. Although Triple H has not spoken publicly on the subject, sources suggest that WWE held an employee meeting around 3 p.m. EST.

This has concerned the wrestling world because Hunter’s approach is currently loved among the WWE Universe. The roster is loving the new regime, and it has been stated that the locker room is pleased with how things are currently going.

The long-anticipated WWE sale process is upon us.

There are rumors that Vince has returned to sell the whole promotion, and that NBC or maybe Disney will buy the entire promotion. We may have to wait till the entire story is revealed.