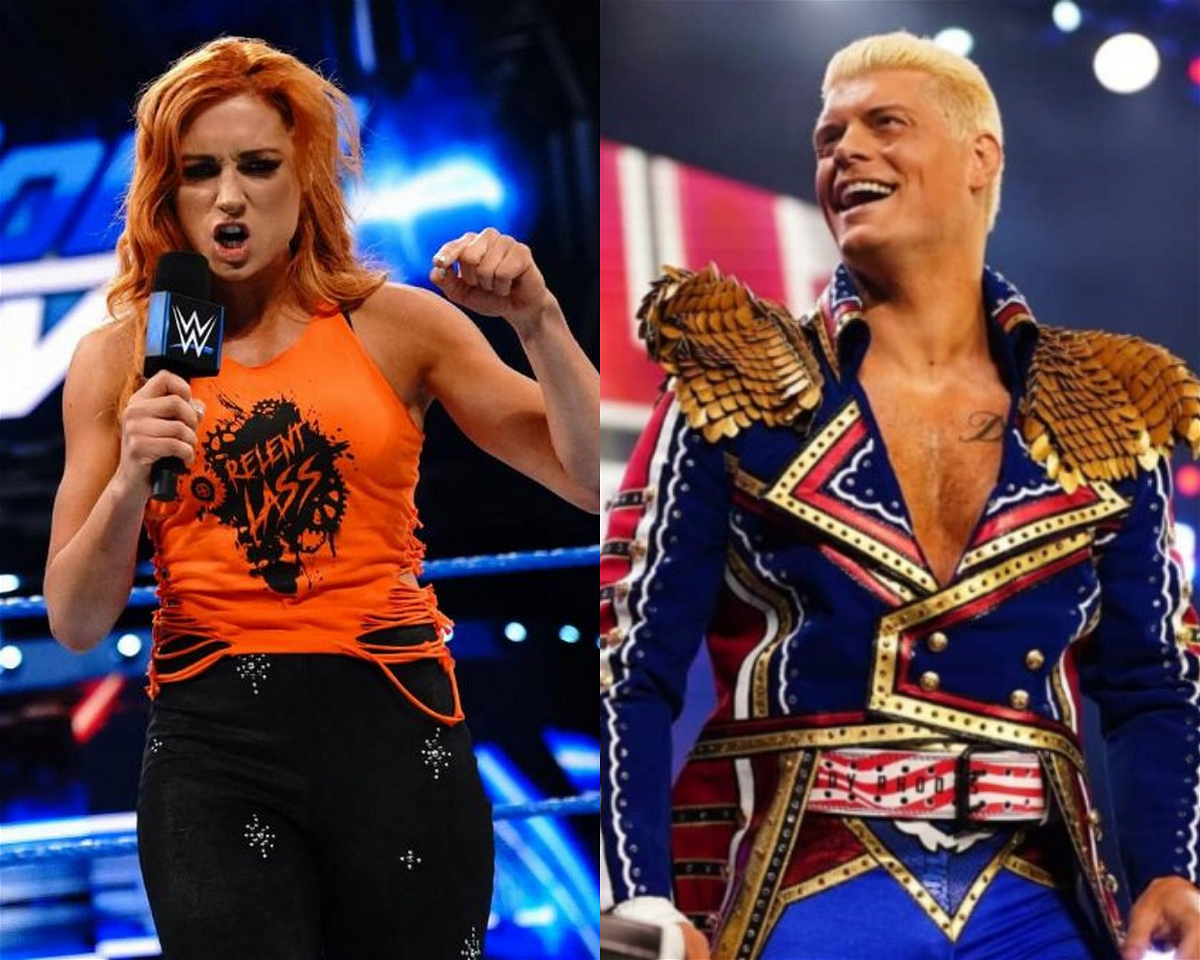 Becky Lynch is set to take on Biance Belair at Night 1 of WrestleMania 38; and she’s so excited she even got a new hairdo! Big Time Becks was hyping up her showdown with WWE’s EST during an interview when she was asked the dreaded question: is Cody Rhodes going to face her husband at the Show of Shows? Her answer was interesting & hilarious.

Joke’s on you @BiancaBelairWWE. I look cool af. #WrestleMania pic.twitter.com/oOPyk7fEE6

Becky Lynch is on a collision course with Bianca Belair

The Man’s return to WWE has been interesting to say the very least. Becky made her highly-anticipated return to WWE at SummerSlam 2021 to a huge ovation. And then she squashed Bianca Belair in 26 seconds to win the SmackDown Women’s Championship, turning heel in the process.

Big Time Becks has been dominating the scene ever since, even winning a match against WWE Hall of Famer Lita at Elimination Chamber 2022.

Her ‘Mania match has been the only one, besides Roman Reigns vs Brock Lesnar, to have a proper build. On the other hand, her husband Seth Rollins only recently secured his spot for Night 1 of WrestleMania 38. And Lynch had an interesting response concerning his opponent.

Ever since news broke the Cody Rhodes had left All Elite Wrestling, the Cody chants have been building across the WWE Universe; especially whenever Seth Rollins is in the ring. But to hear Lynch tell it, that’s fans actually chanting Seth’s real name! While talking to South Korea’s IB Sports, Big Time Becks was asked about “that guy” and this was her response;

“You’re thinking of his government name. Seth’s government name is Colby. I think because everybody feels like they know him so well, they’ve been chanting ‘Col-by, Col-by!’ I mean, he’s so good that he could have a match with himself and it would be awesome.” – Becky Lynch

Sounds unbelievable? Well, check out the clip below!

It’s clear that Becky has mastered the art of trolling, just like her husband. Big Time Becks has been one of the most consistently-entertaining acts on WWE programming recently, and moments like these prove why. Becky Lynch is the biggest female draw in WWE currently, and it’s just a shame that she’s going to most likely drop the title to Belair at the Showcase of the Immortals. Find out how to watch that match and more by clicking here.