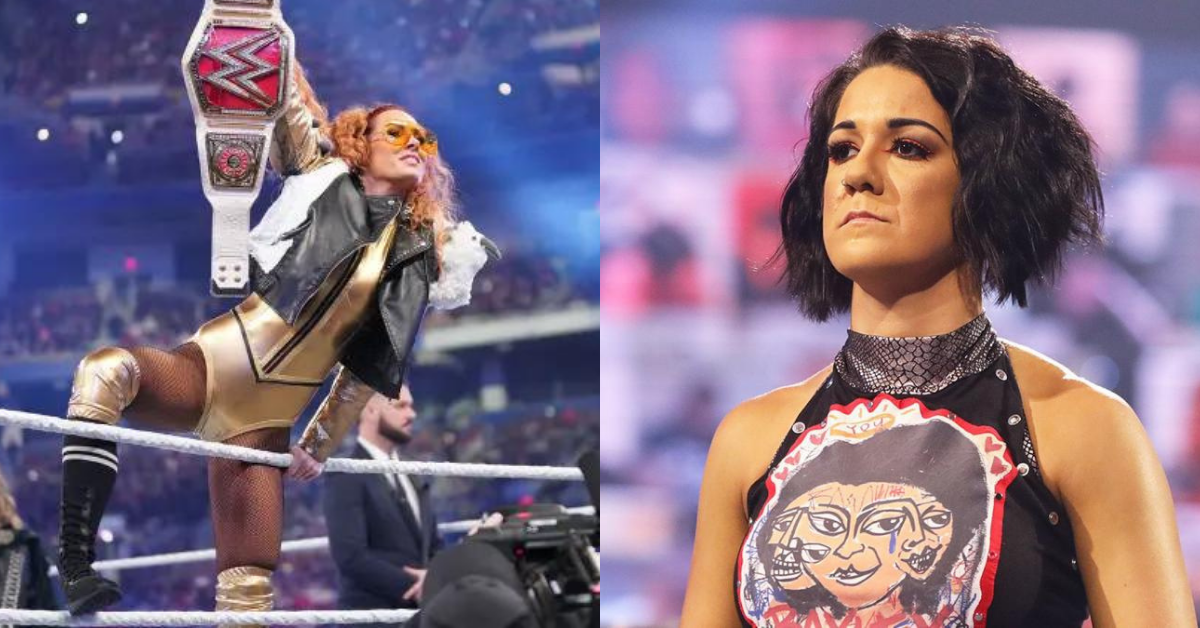 Becky Lynch shocked the world when she returned at SummerSlam 2021 and squashed Bianca Belair in 26 seconds. Big Time Becks has been the talk of the WWE Universe ever since, going on a career-defining run that culminated in the best match at WrestleMania 38. But she might have done the same thing last year, against a very familiar face.

She came with an army. I came alone.

And I’ll come back even stronger. pic.twitter.com/HFS0MNMVhW

Becky Lynch missed WrestleMania 37 because of her pregnancy

The last time we saw her perform at WrestleMania, she was still The Man. Becky defeated Shayna Baszler in one of the better bouts on the WrestleMania 36 card. At the time, she was in the middle of her historic 398-day title reign.

The longest singles title run in the women’s division post-2016 came to an end after Money In The Bank 2020. The Man presented Asuka her Raw Women’s Championship before announcing that she was about to become a mom. No one knew that the next time we’d see her would be in August 2021, 15 months later. Though that wasn’t the original plan.

Alex McCarthy of TalkSPORT tweeted out this last year, but there wasn’t enough context as to why it didn’t happen.

Becky Lynch just told me she was originally good to go for WrestleMania and it was discussed she’d face Bayley.

That didn’t happen (obviously) and then she was meant to return in October before WWE called her the week of SummerSlam.

Now, we have the reason from The Man herself, and it looks like it wasn’t exactly her decision to make. Speaking with Fightful.com, Big Time Becks revealed that WWE higher ups thought Becky Lynch vs Bayley wasn’t “big enough” for her return.

“There was a bit of a pitch. I know that Bayley, who worked so hard that whole year and really just went into a different level with the character, had nothing. It was sad. She deserved a big moment. So me, being the generous soul that I am, was going to give her a big moment. But it never came to fruition. I think they thought, ‘Well, we need something bigger for Big Time Becks.’ That’s right, Bayley. Bigger.” – [H/T- Fightful.com]

Bayley was instead part of a segment involving WrestleMania 37 host Hulk Hogan, where she was beaten up by The Bella Twins. She would start a feud with Bianca Belair in the lead-up to WrestleMania Backlash, but would suffer a horrific injury before Money In The Bank 2021. It has lead to The Role Model’s longest absence from TV since she debuted in 2016.

WWE made the right call by slotting Big Time Becks into that rivalry with the EST of WWE because it has created a brand new superstar while cementing the legacy of an existing one. Still, we hope that Lynch vs Bayley isn’t completely off the cards.