by Anshuman Jhunjhunwala
in WWE
0 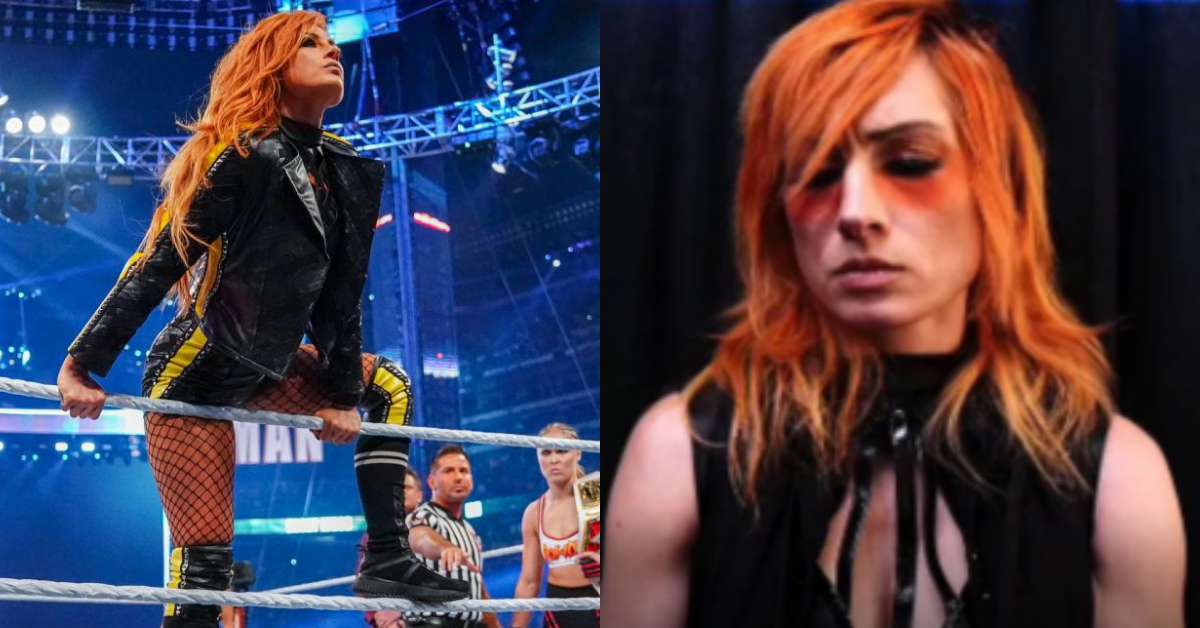 Is Becky Lynch the best thing going in WWE today? We’d be hard-pressed to find reasons supporting claims otherwise. From her character work to her in-ring charisma, Big Time Becks never stops innovating. And now, it looks like she might be heading to Monday Night Raw with yet another bold, new look.

Ever since returning to WWE at SummerSlam 2021, Becky has been embracing her inner bad guy with full conviction. As good as The Man was, that act was getting stale quick. In that sense, her pregnancy was a blessing for her household AND her career.

Despite pitching a WrestleMania 37 return to her, WWE decided to keep The Man out of action while they figured out the best game plan to bring her back into the fold. And it looks like she has decided to embrace her husband’s knack for rocking up to work in flashy outfits, because no matter which show you’re tuning into, Big Time Becks is always the best-dressed person in the room.

At this point, we should just expect Big Time Becks to turn anything into a fashion trend. Bianca Belair cut off her flowing locks, so she decided to style it into the most punk-rock thing this side of Misfits.

And now, it looks like she’s going full-tilt supervillain with her eyeshadow-heavy new look that was also a part of her WrestleMania 38 attire.

Becky Lynch clearly isn’t done chasing championship gold yet, as the promo above indicates, though she might have to wait a few months to get her hands on one. The EST of WWE doesn’t look like she’s dropping her Raw Women’s Championship anytime soon. And Charlotte Flair is locked in for a brutal “I Quit” Match with Ronda Rousey at WrestleMania Backlash. If The Rowdy One manages to pick up the W on Flair, Money In The Bank is just around the corner; and we might just get the feud we’ve always wanted if WWE books Big Time Becks to win the whole thing.