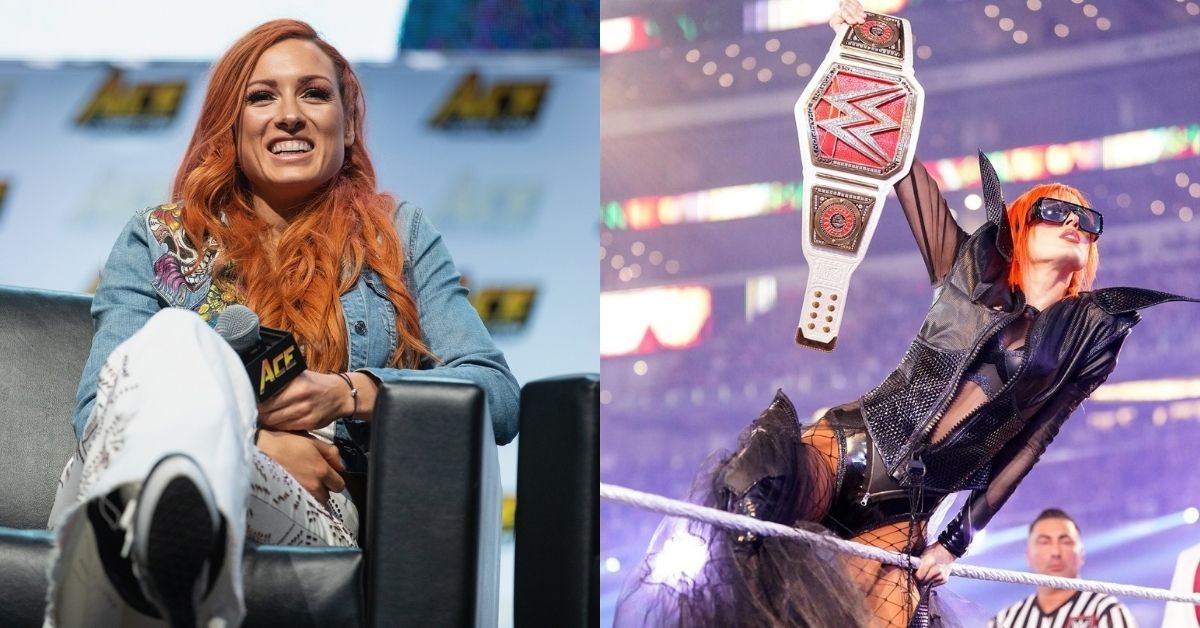 Becky Lynch has arguably had the best career for a female performer in WWE; period. She went from being a jig-happy Lass Kicker to becoming The Man, The G.O.A.T, the 1st woman to ever win a WrestleMania main event. And she doesn’t plan on slowing down anytime soon, as she has finally given us an update on her long-anticipated book!

After winning her match with Ronda Rousey & Charlotte Flair, The Man went on to have one of the longest women’s title reigns in recent memory. However, the peak of her 373-day run as Raw Women’s Champion came after Money In The Bank 2021 when she revealed that she was going to become a mother!

From May 2020 to August 2021, Becky was absent from WWE programming, despite there being a pitch to bring her in for WrestleMania 37. It looks like their patience paid off though, because at SummerSlam 2021 on August 21, she made her big-time return, which led to WrestleMania 38’s best programme. However, just a year earlier, she was writing an epic tome on toast: her favorite cheat meal!

My bad, I left out the title in my last post.

I miss you all. pic.twitter.com/Tq0IcIR8tQ

While Big Time Becks usually doesn’t have enough time on her hands these days, she recently revealed a rather exciting life update.

Becky Lynch is hard at work inside & outside the ring, writing her book

Big Time Becks stopped by Drew Garabo Life Featured Cut of the Day before her much-anticipated return to Monday Night RAW and spoke about a number of topics. She touched upon her WrestleMania 38 loss to Bianca Belair, fired shots at her husband Seth Rollins, and gave an update on her book! And given the fact it happened when she was addressing WWE’s Women’s Revolution, we get the feeling it will be an autobiography, as Lynch said;

I’m currently writing my book, and so I’ve been looking back at my life a lot. And I think back to when I first started wrestling, and I told my mom, and she lost her mind! She went crazy, because (I was) telling her at 15 years old that this is what I wanted to do. – Becky Lynch

This isn’t the only side project she has going on for her. The G.O.A.T has been linked with a move to Hollywood since about the same time she conceived baby Roux, and recently revealed that she did indeed have a script “on her desk”. Big Time Becks still has her eyes on her “precious” Raw Women’s Championship, but an old ghost stands in her way in the form of the returning Asuka. Expect that match to take place at WrestleMania Backlash; and tear the absolute house down, too!

What would you like to see in a Becky Lynch autobiography? Road stories? Her personal recipe for toast? Let us know in the comments below!