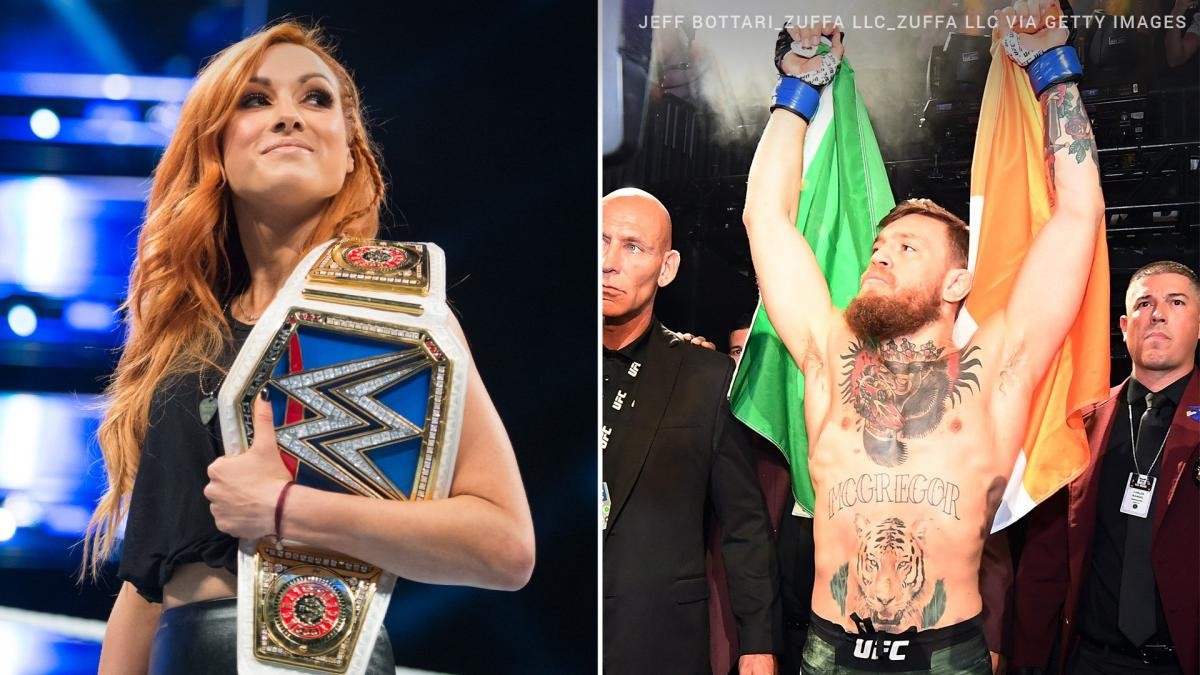 WWE Raw Women’s Champion Becky Lynch has invited UFC star Connor McGregor at next year’s WrestleMania after the Irishman claimed that the ‘WWE superstars were afraid of him’ in a tweet.

Why wasn’t I at Wrestlemania? They all fear me, that’s why.

Connor McGregor took to Twitter to praise the beer-drinking “Stone Cold” Steve Austin, who drank several cans of beer while also promoting his pub in Dublin. The Notorious one said, “Me at the Black Forge Inn!”. “Arms like Stone Cold, leave a motherf***er Stone cold. Catch cans not feeling.”

He also took shots at the WWE roster claiming that McGregor wasn’t at WrestleMania because the wrestlers were afraid of him.

Becky Lynch has asked the former world champion to be in her corner at WrestleMania 39. Lynch, who lost her RAW Women’s World Title match to Bianca Belair, asked for help in the coming year.

Hey man. I could have used you. Bianca brought an army. Next year?

A tag team with one of WWE’s greatest stars and a UFC legend would undoubtedly be entertaining. Many fans have been clamouring for McGregor to convert from MMA to wrestling for a long time. A partnership between the two appears to make a lot of sense, especially because they are both Irish. The former UFC Champion quickly reciprocated, pledging his help if The Man ever needed “proper backup.”

Call me when you need Proper back up.

McGregor is currently recovering from a broken leg sustained in his most recent UFC fight last summer against Dustin Poirier. The Dubliner is scheduled to return to the Octagon later this summer, with a world title bout in mind.