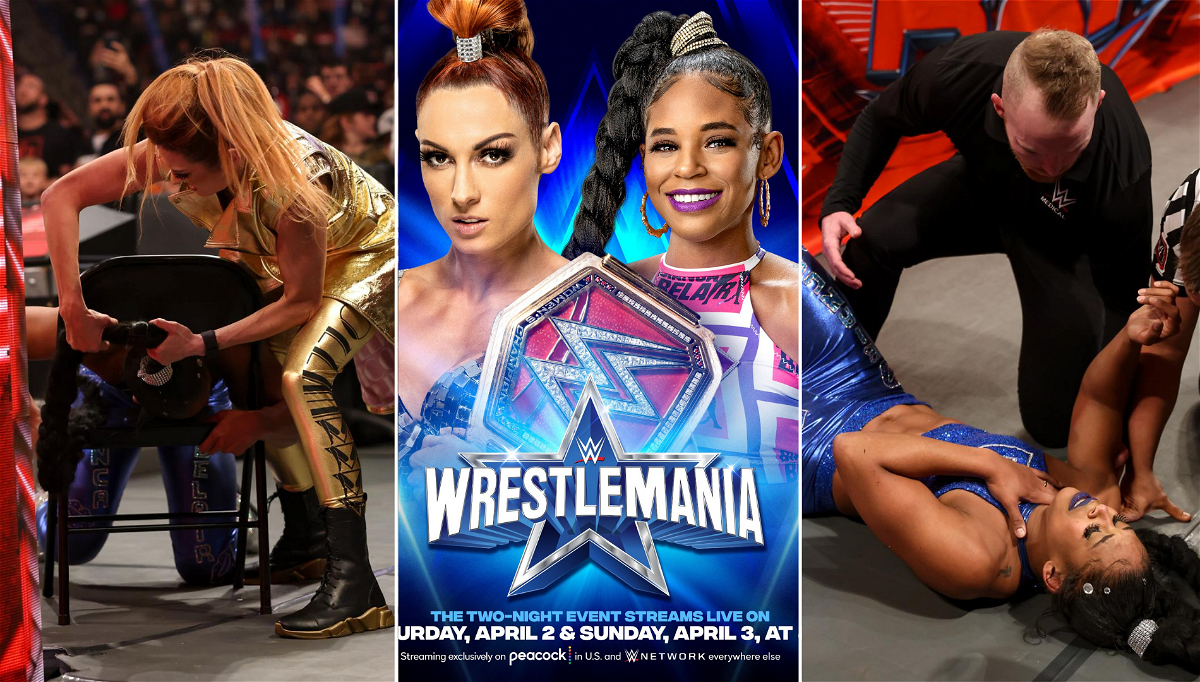 Becky Lynch is set to defend her title against Bianca Belair at WrestleMania 38, but with recent developments in their feud, is the match still on? The EST of WWE has been longing for her rematch against Becky Lynch. Unless you were living under a rock, you should be aware that Becky Lynch returned at SummerSlam last year. Big Time Becks returned, challenged Bianca and won the SmackDown Women’s Title in a matter of 26 seconds. Since then Becky has either dodged Belair or cheated her way to win and hold on to the title. Bianca Belair has earned her re-match and it was originally scheduled for WrestleMania 38. But has Becky Lynch found another way to dodge the EST of WWE?

Shortly after Becky Lynch won the SmackDown Women’s Title, she got drafted to Raw and exchanged titles with Charlotte Flair. The EST of WWE, Bianca Belair also got drafted to Raw. Since then, Bianca has been chasing the Raw Women’s title. Despite all her efforts to earn a title shot, the EST always came up a bit short. She may have lost her opportunities but Bianca always had the heart and determination to be the one to dethrone Becky Lynch. That determination got her one last chance at Elimination Chamber. Bianca absolutely dominated the Chamber and earned her title opportunity.

A few weeks ago, Becky Lynch teamed up with Nikki A.S.H and Doudrop to take on Bianca Belair, Rhea Ripley and Liv Morgan. Lynch tried to take out Bianca Belair and focussed on ripping apart Belair’s braid. Unfortunately for Becky Lynch, that did not work out and the Raw Women’s Champion got whipped with that same braid.

Things only got worse in the weeks to come. During a Live-Show, Becky put her title on the line against Bianca Belair and Rhea Ripley in a triple threat match. The whipping continued during this match and the EST of WWE whipped Becky on her throat and that lead to a broken larynx. The Raw Women’s Champion was hospitalised and missed the following Raw.

Big Time Becks, recovered and showed up at a house show and even competed. Last week on Raw, moments after Bianca’s hard-hitting match against Doudrop, Becky Lynch made her Raw return and got her payback on Bianca Belair. The EST of WWE was left beaten down on the floor by the Raw Women’s Champion.

After being slammed onto the ring post with a chair wrapped around her neck, the EST of WWE is severely injured. WWE sent out an update on all the social media platforms stating that Bianca Belair may be out for several weeks and they are not sure for how long.

Luckily, Belair does not need surgery, so that is a positive sign. The fans are worried that Bianca may miss WrestleMania this year. As for Becky Lynch, she seems to already have a replacement in mind.

Because @BiancaBelairWWE went and injured herself, I introduced @RheaRipley_WWE to life in the main event spot at #wwespringfield tonight.

I make people better. Then I beat them. #welcometothebigtime pic.twitter.com/lI9fIsBsS7

Hopefully, it is all only “a work” and Bianca does compete at WrestleMania 38. The EST of WWE earned this title match and the perfect ending will be for her to win her first-ever Raw Women’s title. The EST won her first-ever single’s title at last year’s WrestleMania and hopefully, she repeats it this year as well.